If you’re looking for a top VPN with a huge global network, there aren’t many that come close to NordVPN and CyberGhost VPN. These two boast the largest number of servers located in dozens of countries, offering users numerous advantages. Here’s how NordVPN and CyberGhost stack up against each other in terms of speed, security, ease of use, and more. 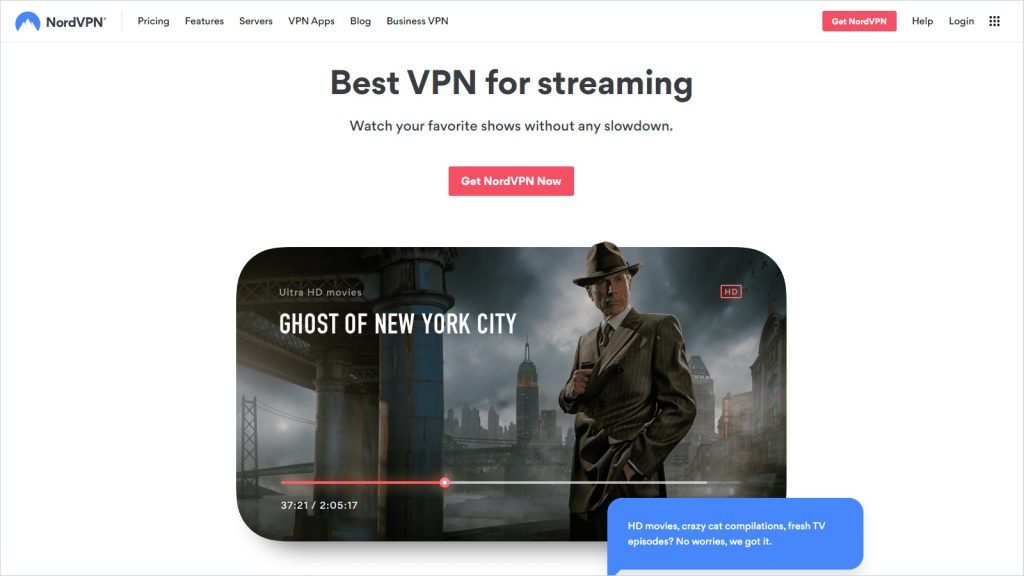 One of the most common reasons people use VPNs nowadays is to get past geo-restrictions set by streaming services such as Netflix, Hulu, etc. NordVPN is easily one of the top VPNs for Netflix due to its SmartPlay feature, which reliably gets through strict geo-blocks so you can stream in high definition all the time. You’ll be able to access the complete Netflix US catalog by connecting to any of NordVPN’s US servers, letting you watch buffer-free. Moreover, it’s just as impressive on other platforms including BBC iPlayer, ESPN, HBO GO, and Amazon Prime Video.

In comparison, you’ll need to purposely select one of CyberGhost VPN’s specialized servers for streaming to get the same level of access. Even then, you might still need to hop around in order to get a server that works, as sometimes Netflix can catch a CyberGhost IP from time to time. The same can happen when trying to stream on Hulu, but other streaming platforms fare better, including the new Disney+.

CyberGhost lets you simultaneously connect one device more than NordVPN, at 7 to 6. This can matter if you simply have to have VPN protection on all your devices, though you can of course install either one on your router. Both NordVPN and CyberGhost lets you set up OpenVPN on your router, which makes any device connecting to it enjoy the privacy and security offered by the VPN.

NordVPN and CyberGhost both have apps for all major platforms, including browser extensions and mobile versions. CyberGhost’s desktop apps have a neat feature that displays a server’s distance and load so you can quickly compare with other servers. Both offer easy access to specialty servers along with customized connections via settings.

NordVPN is faster but CyberGhost VPN has more server locations. 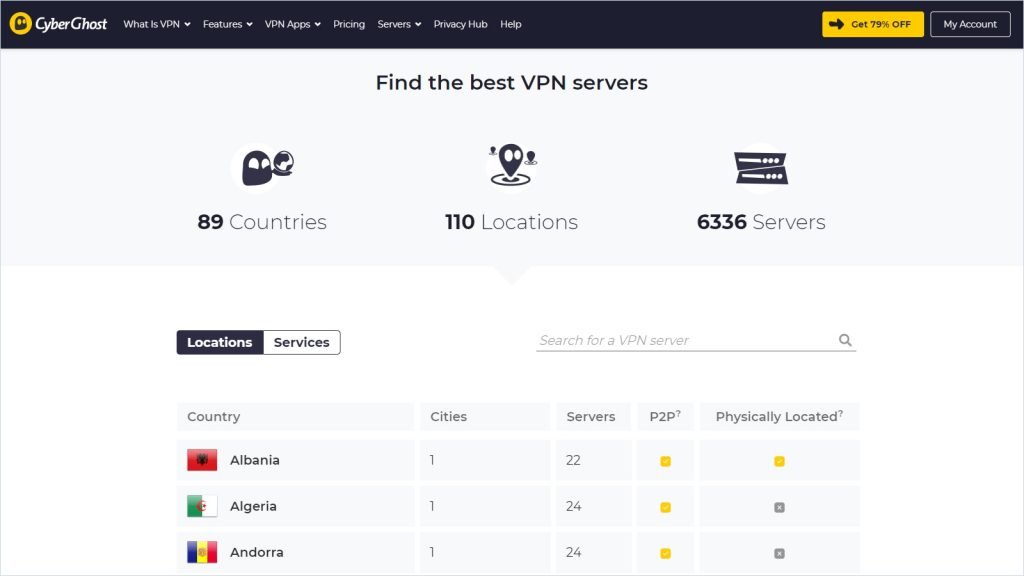 If server numbers are an indication of user numbers, then NordVPN and CyberGhost VPN have the biggest customer counts among VPNs today. With more than 6,000 servers in 110 locations, CyberGhost is the only provider that surpasses NordVPN’s 5,000 servers and 59 countries. This means you can get more specific country-based access with CyberGhost, though it’s important to note that they use virtual servers.

Another important difference between the two is that NordVPN has obfuscated servers which can bypass stringent censorship measures, hiding your traffic, location, and the fact that you’re using a VPN, too. This makes NordVPN the best choice if you want unrestricted Internet while inside countries like China, Iran, UAE, etc. In contrast, CyberGhost can’t break through the Great Firewall of China from the inside.

Finally, the other reason that makes NordVPN an excellent VPN for streaming is its amazing speeds. It wasn’t simply boasting that it offers the fastest VPN experience; speed tests confirm that both local and long-distance connections via NordVPN are much faster than via CyberGhost. Moreover, speed loss due to physical distance is much lower on NordVPN, so you can still retain a nice chunk of your download and upload speeds across the world.

NordVPN has a better security outlook and more privacy features than CyberGhost VPN.

For the most part, the security offered by NordVPN and CyberGhost VPN are on par. Both use military-grade AES 256-bit encryption and perfect forward secrecy to protect your traffic and personal data. Because they have verified no-logs policies, there’s no record of your connections and other information being kept anywhere. You also won’t have to worry about DNS and IPv6 leaks, as both are proven to shield your IP address and DNS requests from outside eyes.

Like most premium VPNs, NordVPN and CyberGhost use several security protocols such as OpenVPN UDP/TCP, IKEv2/IPSec, and the more recent WireGuard protocol, which combines the speed of IKEv2 with the security of OpenVPN. NordVPN, however, went a step beyond by improving WireGuard with a double NAT system for complete user privacy. They call it NordLynx and it’s only available on NordVPN.

In case your VPN connection drops, you can ensure that you remain protected with a kill switch, which is available on both providers. However, split tunneling is directly available on all CyberGhost apps through the exceptions list in its smart rules settings. NordVPN’s browser extensions for Chrome and Firefox, as well as its mobile apps, allow you to achieve the same, though this will only encrypt browser traffic.

Lastly, NordVPN has been very active and vocal in its ongoing security overhaul. It has partially finished being audited by independent cybersecurity firm Versprite, in conjunction with a full infrastructure audit and a vendor security assessment. NordVPN is also slowly but surely converting their servers into RAM-disk mode, ensuring that physical storage on their servers is impossible. There’s also a public bug bounty program that rewards white hat hackers who discover vulnerabilities and potential security issues with NordVPN.

CyberGhost VPN is a bit more affordable than NordVPN. 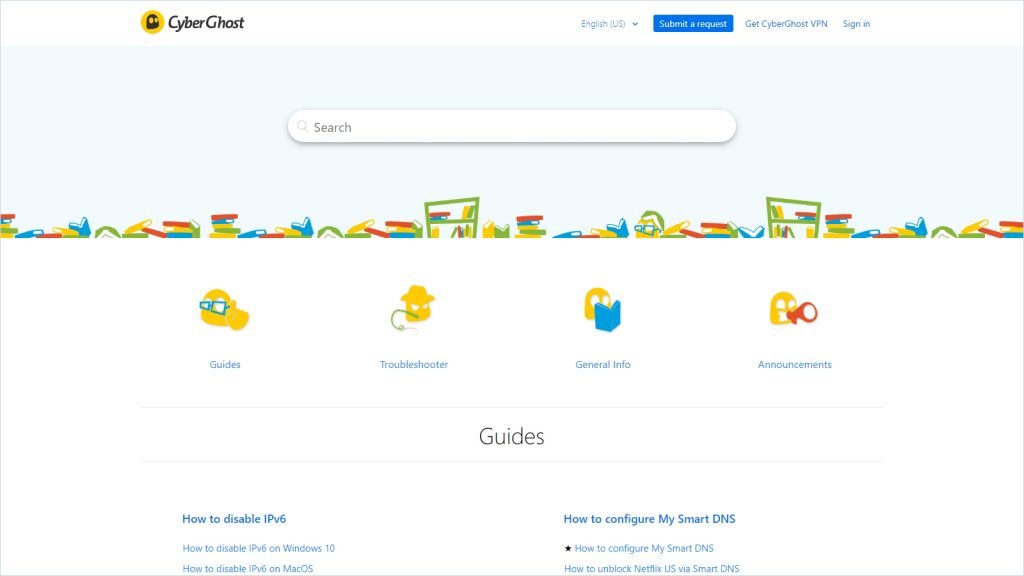 Pricing plans from NordVPN and CyberGhost VPN are similar, though the latter offers lower rates on average. As an example, CyberGhost’s 3-year plan costs roughly 20% less than NordVPN’s. However, both regularly offer promo pricing that can skew the pricing comparison in their favor. As of writing, NordVPN’s 2-year plan is priced just a bit lower than CyberGhost’s.

You can contact NordVPN and CyberGhost via their 24/7 live chat and ticketing systems and get help from their friendly support teams. Both were quick to respond to live queries on the chat, and you can get an email reply within 24 hours. NordVPN gets a tiny edge in offering a chatbot for basic questions for even quicker troubleshooting. You can also find comprehensive tutorials sections on both websites for more detailed app guides and FAQs.

With consistently faster connections and a more confident security outlook, NordVPN is our clear winner in this comparison. This is further sealed by its outstanding pricing, which makes its superior performance quite affordable and the better value for your money. It’s a much more reliable VPN for unblocking Netflix and other streaming platforms, and its censorship bypassing abilities are simply incredible.

CyberGhost VPN has a few edges over NordVPN here and there, such as their detailed and user-friendly apps, integrated split tunneling and app exceptions. It also has a larger global network, which lets you find low-load servers to get better speeds in the country of your choice. Finally, you can save quite a bit by opting for a long-term subscription, which can be even more sizable if you wait for an attractive promotion.

📌 Is NordVPN good for Netflix?

Yes, NordVPN is one of the best VPNs to unblock Netflix catalogs in different countries. It’s proven to work consistently in unlocking Netflix content in the US, Australia, Japan, UK, and more.

📌 Is NordVPN worth it?

NordVPN is an excellent VPN, one that truly deserves a top spot among other providers. It provides topnotch speeds, tough security and privacy features, and numerous servers to access regions around the world. Moreover, its long-term plans are priced competitively, so you won’t be spending excessively for a premium VPN subscription.

Yes, simply connecting to one of CyberGhost’s servers via its apps will automatically mask your IP address. Sites you access while connected through CyberGhost VPN won’t see your own IP and instead will see the IP address of the server you connected to.

📌 Is there a free version of CyberGhost?

No, CyberGhost VPN only offers a 24-hour free trial so you can check out its services. If you want a longer time to test, you can sign up for any six-month plan (or longer) to take advantage of their 45-day money-back guarantee so you can still ask for a refund in case you were not satisfied.

RELATED  CyberGhost vs ExpressVPN (2021): Which VPN Provider Is Actually Worth Your Money?