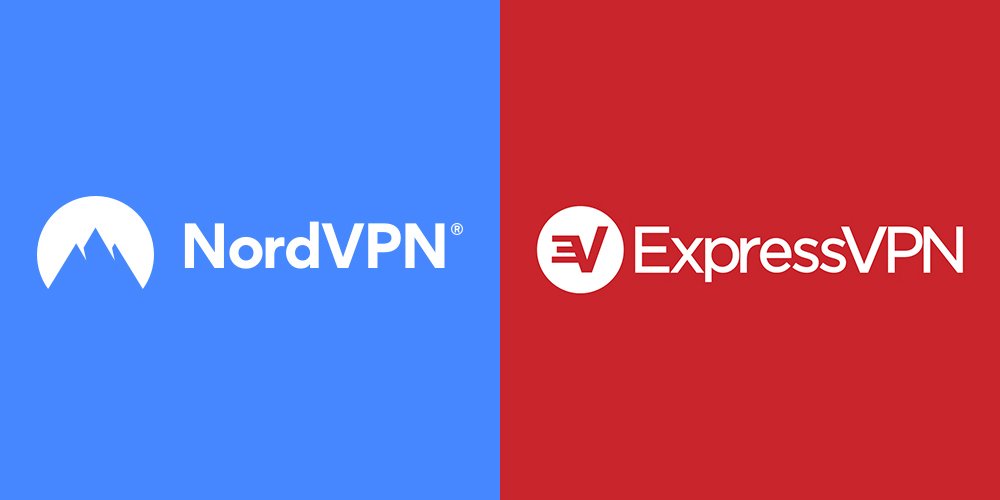 Nearly every best VPN list today crowns either NordVPN or ExpressVPN with the top spot. These two VPN providers are simply the best of the best in terms of speed, security, and privacy. They’re also among the largest, with thousands of servers in dozens of locations worldwide. So which one should you choose to rely on for online anonymity and more VPN benefits? Check out our comparison below.

NordVPN has an ad blocker while ExpressVPN allows split tunneling. 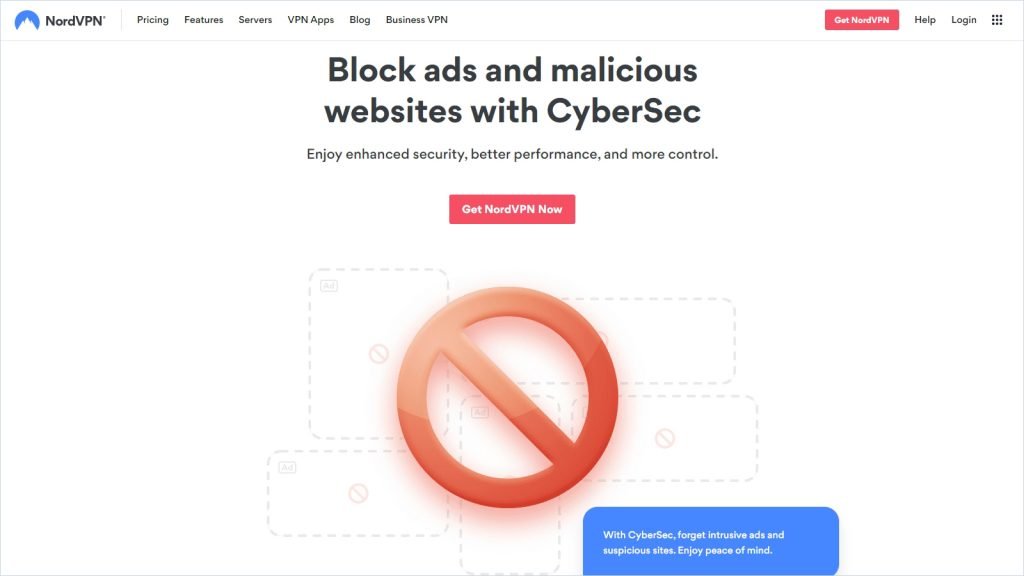 You can configure nearly all types of devices with VPN apps from NordVPN and ExpressVPN. Both have lightweight apps for desktops, mobile phones, and streaming media players. Plus, you can set up gaming consoles and routers with either one. So while NordVPN and ExpressVPN technically only allows up to 6 and 5 simultaneous connections, respectively, a router only counts as one device, and you can connect an unlimited devices to that router.

In terms of user interface and ease of use, ExpressVPN’s apps have a minimalist layout and a cleaner interface. Accessing its settings will reveal a plethora of features that you let you tweak your connections as you see fit, giving experienced VPN users a lot of flexibility. Those who are new at using VPNs may find it overwhelming, though all of the default settings ensure that you will get the optimal combination of speed and security.

In comparison, NordVPN’s apps are a bit clunkier due to the addition of a global map indicating each server’s location. This does let you select servers using the map, but it makes the app take up more space on your screen and you can simply find servers using the list to the right which also has a search function. Still, NordVPN does include a feature that ExpressVPN doesn’t, which is its ad and malware blocker called CyberSec.

For those interested in split tunneling so that they can still connect to websites with their own IP while routing other traffic via VPN, ExpressVPN gives you that option. You’ll be able to choose which applications will use ExpressVPN connections so you can, for example, log in to your bank accounts with your local IP. Meanwhile, NordVPN doesn’t offer this as an app feature, but you can get something similar with its browser extensions. This will allow you to route that browser’s traffic via VPN while your other applications use your local connection.

ExpressVPN has servers in more countries but NordVPN simply has more servers. 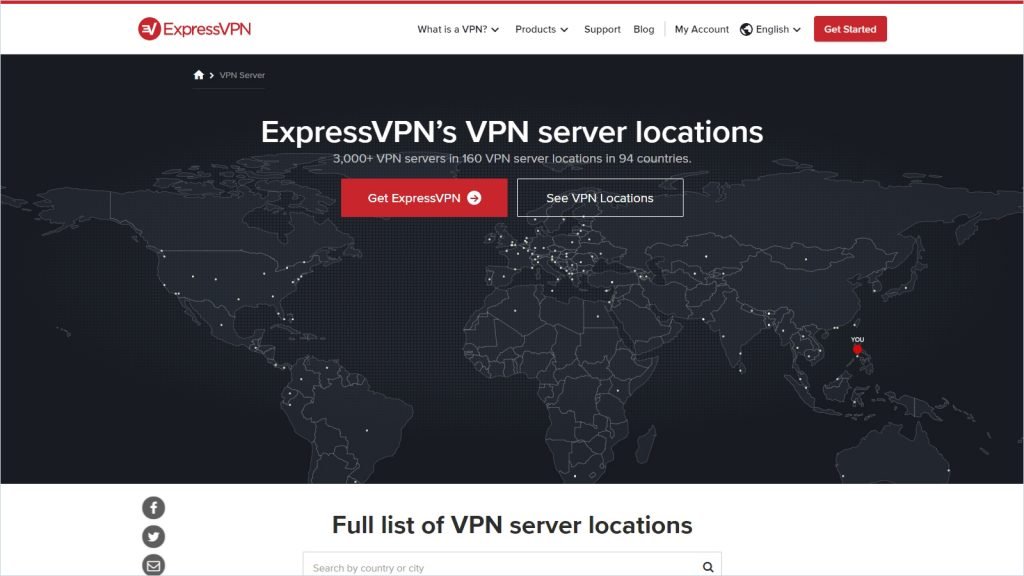 As two of the biggest VPN providers, NordVPN and ExpressVPN have thousands of servers around the world. While NordVPN has a greater server count at 5,000+ servers compared to ExpressVPN’s 3,000+, the latter covers more countries, at 59 to 94, respectively. This makes ExpressVPN the better choice if you need to connect to specific countries or regions. You can check out each VPN’s complete list of server locations on their websites.

Now, for the all-important speed race. It’s actually anti-climactic that it’s a tie: NordVPN and ExpressVPN are both extremely fast VPNs. They both outperform other VPN services in posting the lowest speed reductions even when connecting to long-distance servers. NordVPN’s new NordLynx feature, which uses the WireGuard protocol for even faster VPN speeds, seems to be giving it the slight edge. It’ll be interesting to compare speeds again once NordVPN has completed rolling it out.

Because of their reliable fast connections, NordVPN and ExpressVPN are both excellent for streaming, especially since they can unblock Netflix and other platforms. ExpressVPN actually lists all of the websites you can unblock with it, which outnumbers NordVPN’s, and it’s proven to deliver. However, not all of ExpressVPN’s servers in a given country will unblock a streaming service in that region so you may need to contact their live chat to find out which one is the best to use. Meanwhile, nearly all of NordVPN’s servers do work. If you try to access a library it can’t unblock, however, you’ll be redirected to the US catalog.

As for torrenting, ExpressVPN has already configured their servers to support P2P sharing. NordVPN hasn’t, but it will automatically switch you to a P2P-friendly server if it detects torrent traffic. Both are equally as fast as their non-torrent connections, so you can share files really fast. 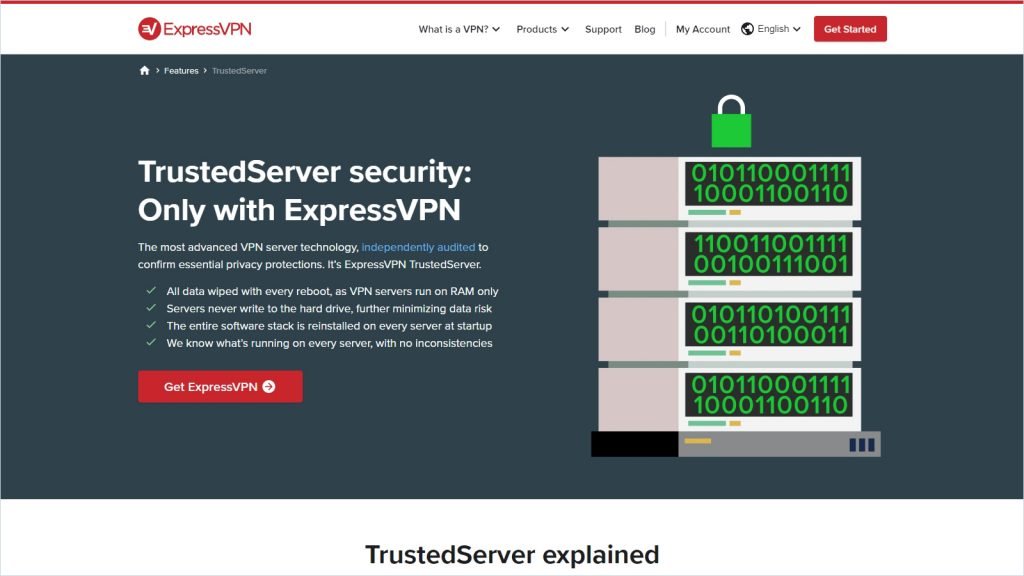 You can count on both NordVPN and ExpressVPN to protect your traffic and data since they use the strongest encryption there is, AES 256-bit, the same standard used by banks and the military. ExpressVPN has an advantage, however, in that they use a longer 4,096-bit RSA key for the control channel compared to the 2,048-bit key used by everyone else, including NordVPN. While both are so far uncrackable, ExpresVPN going over the extra mile is impressive.

DNS and IP leaks are also prevented by both VPNs so your website traffic can’t be tracked by hackers, your ISP, or the government. NordVPN is headquartered in Panama while ExpressVPN is in the British Virgin Islands, both privacy-friendly countries. Moreover, both VPNs also implement a strict no logging policy, which has been verified by an independent audit conducted by PricewaterhouseCoopers.

ExpressVPN once again has the extra edge in running all of its servers in RAM-disk mode through its TrustedServer technology. This feature means its servers never write on hard drives which can retain data. Since everything is written on RAM, all data gets wiped on reboot, ensuring all information is destroyed. NordVPN is still currently converting their servers to run on RAM only.

Both VPNs have a kill switch in their apps so you can cut traffic in case your VPN connection drops. NordVPN lets you configure a kill switch per app though. Plus, you can get extra DDoS protection if attackers somehow launch an attack that’s big enough to hamper the VPN server you’re connected to. Lastly, NordVPN has obfuscated servers for select countries, letting you get around censorship that blocks VPN traffic. ExpressVPN has similar obfuscation features to get around restricted access. 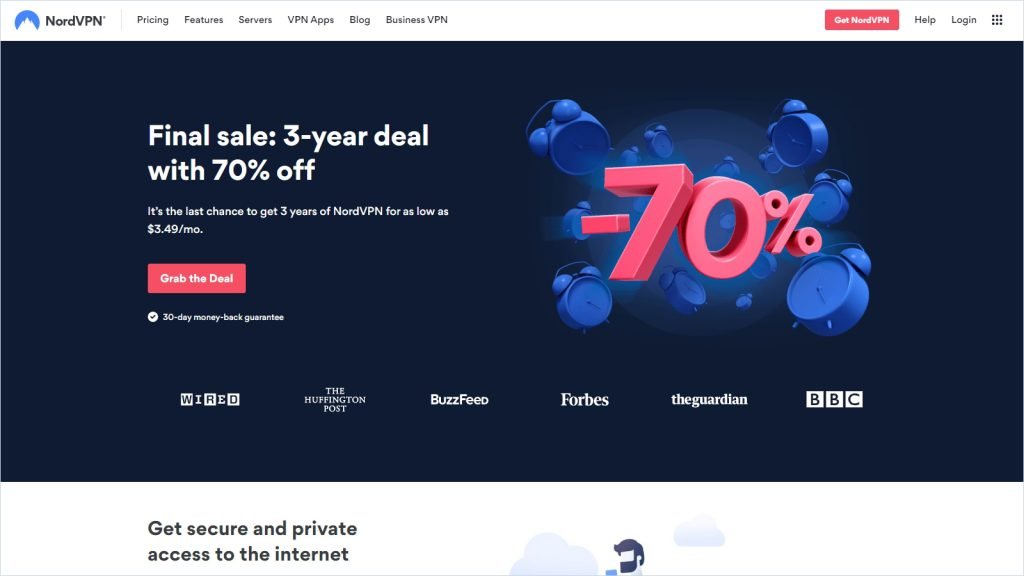 NordVPN easily beats ExpressVPN in pricing, as all of its plans are cheaper. In addition, NordVPN offers 2- and 3-year plans that further reduce the monthly rates, getting you even bigger savings. ExpressVPN is clearly marking its premium VPN status with premium pricing, and the longest you can get is a 12-month subscription.

If you wish to pay anonymously, NordVPN provides more payment options, including Bitcoin, Litecoin, Ethereum, Dash, and more. On the other hand, ExpressVPN lets you pay with a prepaid Mint card, which you can top up in stores without any need for credentials. In case you are unsatisfied with either VPN, you can easily ask for your money back within 30 days of your payment.

Customer service is equally impressive from both VPNs, as their live chat support teams respond quickly and answer all questions clearly. ExpressVPN replies a bit quicker though, especially for tickets sent via email. You can typically get an email response in an hour or so while NordVPN takes roughly 3 to 4 hours to pen a reply. Both have a deep knowledge base that you can access if you’d like to learn how to do things by yourself, and they contain video guides so you can easily follow how-to guides.

ExpressVPN is slightly more powerful but NordVPN is simply more bang for your buck.

Given that both provide topnotch VPN services, NordVPN gets our nod since it gives you substantial savings. At current rates, you can get a 2-year subscription with NordVPN for the cost of ExpressVPN’s 1-year plan. Plus, NordVPN’s 3-year plan saves you even more, while costing roughly only 25% more. As such, the value you get from NordVPN, with its large global network, high-speed connections, secure tunnels, and excellent features, feels too good to pass up.

That said, if you simply want the most powerful VPN you can get, ExpressVPN will more than justify its cost. It has the most impressive suite of security features, technologies, and infrastructure, so you can feel safe knowing your online privacy is guaranteed. Its VPN connections are blazing fast, and you can access plenty of customization behind its user-friendly interface.

📌 Is ExpressVPN really the best?

Currently, ExpressVPN offers the best combination of speed, security, and ease of use among other top VPNs. It’s the only premium VPN running its servers on RAM-disk only mode, and it uses the strongest RSA encryption. Moreover, its global reach is tough to beat, with servers in 160 locations spread across 94 countries.

Yes, you can trust NordVPN to safely tunnel your online traffic. NordVPN uses military-grade encryption along with secure VPN protocols to shield user data and online activity from government surveillance and censorship. Moreover, they operate on a strict no logging policy, so none of your information gets stored in any of their servers.

No, ExpressVPN and other VPNs are perfectly legal. However, some countries, particularly China, Iran, Russia, Pakistan, etc., place restrictions on their use. Of course, using a VPN for illegal activities won’t absolve you of your actions, so it truly depends on how you use VPN services.

📌 Is ExpressVPN owned by China?

No, ExpressVPN is a registered company in the British Virgin Islands under the name Express VPN International Ltd.

RELATED  Identity Guard vs IdentityForce (2021): Which Identity Protection Service Should You Trust?