Let’s face it, you’re here because you’re looking for a budget webcam. And it shouldn’t be surprising, considering most people just need a decent camera to get them through a Skype call or a Zoom meeting. Although they aren’t the most advanced in Logitech’s arsenal, the Logitech C270 and C310 are positioned exactly the same way—as affordable HD webcams that get the job done.

You get decent enough specs with the C270 and C310. Of course, content creators and online streamers may find better performance from other devices. But if you just want to look good in your next teleconference or online family reunion, you’d be hard-pressed to fault these products. Here, we compare the two Logitech webcams to find out which one is the better deal. 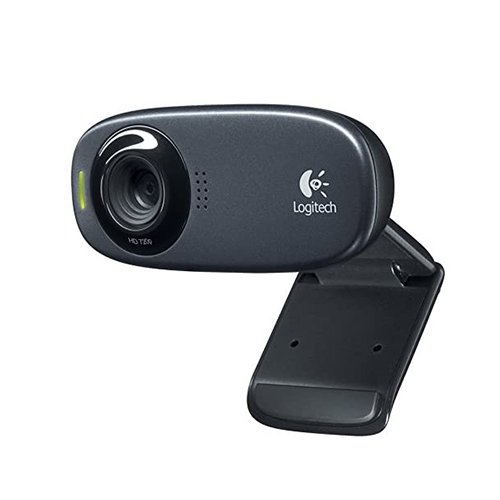 Capture 720p HD video and upload to Facebook or YouTube with one click. The Logitech C310 HD Webcam also takes 5 megapixel photos and has a built-in mic with RightSound technology.

These budget HD webcams are both lightweight and sturdy, albeit with different camera bezels, and finishes.

A quick glance at the Logitech C270 and C310 may lead one to think they are one and the same. After all, they both come in elongated yet compact forms, weigh almost next to nothing, and have the camera setup on one side while a rather chunky clip is attached to its back. In contrast, the latest webcams from Logitech have the cameras at the center, flanked by noticeable microphone grilles.

With the Logitech C270, however, the imaging module looks sunk into the rest of the device’s body and is surrounded by an oval-shaped black border. Beside it, you’ll find the 720p-resolution label and an unassuming mic. On the other hand, the Logitech C310’s camera seems to protrude from its thick, circular bezel.

Nonetheless, both webcams look great whether it’s mounted on a laptop or desktop. These devices are certainly discreet and sturdy, even though they’re lightweight and don’t come with any privacy covers. They’re not the sleekest when it comes to the overall aesthetic but they hardly look outdated, too. The C310, however, has a more appealing metallic black finish as opposed to the C270’s rather dull, plastic grey exterior.

The Logitech C270 and C310 work out-of-the-box, and are easy to install and control using the Logitech Webcam Software. However, both webcams have fairly unsteady mounting systems.

Both the Logitech C270 and C310 work right out-the-box. Installing these devices is a breeze, and compatible operating systems will immediately recognize the webcams once they’re plugged. The C310, in particular, will even check for for software updates prior to installation. In any case, the Logitech Webcam Software both devices run on is fairly easy to use. The program comes with a range of features to help you capture images, record videos, manage files, and control basic webcam functions.

However, the universal clip on both the C270 and C310 can be a bit cumbersome. Rather than securely clipping onto your monitor, it ends up almost just “sitting” on it. If you’re on your desktop, this shouldn’t be a problem. But if you’re using a laptop and moving around, it’s easy to send these webcams flying considering how lightweight both are. This rather pesky and unstable mounting system isn’t improved by the fact you can’t swivel the webcams horizontally. So if you need to pan across the room, you’ll have to lift both webcams off your computer and do it manually.

Both the C270 and C310 support video calling in a widescreen format at 720p/30fps. Moreover, the Logitech driver will give you comprehensive control over brightness, exposure, white balance, and zoom.

And so given the price points of these budget and entry-level webcams, it’s still surprising to see how well they actually perform—provided the conditions are conducive. The Logitech C270, for instance, is equipped with a 3-megapixel camera that, although small by mobile device standards, is better than most would expect. In good lighting, pictures, videos, and streams are quite crisp, with minimal blurs or distortions. 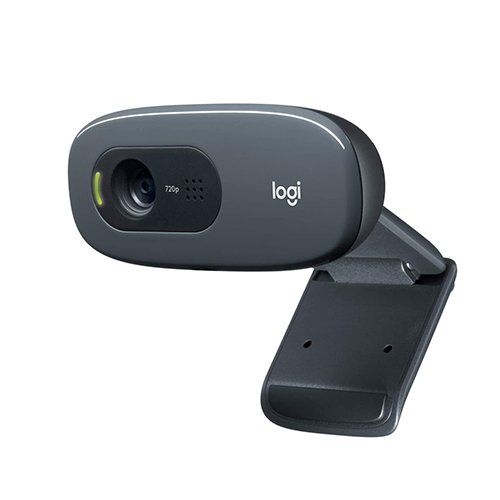 It isn’t a mind-blowing HD camera and its low-light performance does deliver mixed results. But you do get a commendable 720p resolution for video-calling that should make you look better compared to if you used your laptop’s built-in camera instead. However, if you plan to use this for streaming or your vlogging career, you’ll be better off getting a higher-end device.

In contrast, the Logitech C310 comes with a slightly larger 5-megapixel camera. Like the C270, it is fixed focus, so the image quality is softer than usual, and the 60° FOV means you’ll be the only one to fit in the frame. But in well-lit conditions, pictures will have sharper details and more natural colors compared to the C270. Outside of that and in poor lighting, the C310 will similarly struggle to deliver images that aren’t grainy.

Although both webcams deliver great audio for calling, the Logitech C270 is better at reducing ambient noises for recording.

Despite being budget options, these webcams offer surprisingly good sound quality. When it comes to Skype calls, for instance, the Logitech C270 and C310’s built-in mono microphones deliver clean and clear audio. Moreover, both devices are equipped with a noise-reduction feature called RightSound that helps minimize ambient noise from your computer. That being said, the C270 is a tad bit better when it comes to recording; with the C310, ambient noises were not as filtered as well.

Indeed, the sound quality from these webcams is not only suitable but even great for calls. But if you’re using the C270 or C310 for your next YouTube video, you’ll get better quality from a headset or external microphone.

Logitech’s budget HD webcams are equally great options but the C310 does have a slight edge in terms of image quality.

Capture 720p HD video and upload to Facebook or YouTube with one click. The Logitech C310 HD Webcam also takes 5 megapixel photos and has a built-in mic with RightSound technology.

The Logitech C270 and C310 are strong choices if you’re looking for a budget HD webcam. Given their price points, they deliver decent video quality with surprisingly above-average audio. Moreover, the webcams are easy to install and operate, although mounting them can be a bit cumbersome. If you are keen on image quality, then the Logitech C310 does have a slight edge.

Overall, you get a respectable performance from the C270 and C310, and asking for more would be nitpicking. These devices are definitely entry-level and made for those who want an out-of-the-box solution. But if you need a webcam for streaming, content creation, or more professional tasks, you’ll be more satisfied with the higher-end models.

📌 What is the main difference between the Logitech C270 and the C310?

📌 Does the Logitech C270 come with a privacy cover?

No, the Logitech C270 does not come with a privacy cover. Privacy shutters for both the C270 and the C310 are sold separately.

📌 Does the Logitech C310 have a built-in feature to adjust exposure?

Yes, the Logitech C310 is compatible with RightLight, an auto-correcting feature that comes with the Logitech Webcam Software that adjusts exposure in poor lighting conditions.