ZTE Max is a not so powerful Android device released in 2014, provisioned with a big size 5.7″ capacitive display, a great performance Dual-Core processor clocking at 1200 megahertz and an 8 megapixels back-facing camera.

This device is much lighter than what you expect from a cellphone this size. ZTE made this phone in black and gray. Even though this phone is only 6.5 inches long and 3.25″ wide, it still manages to pack a 5.7 inches screen. This phone is quite thin and looks really nice, but it’s not as thin as many other devices out there, with a thickness of 0.4″.

This phone comes with a powerful Dual-Core processor clocking at 1200 MHz, bundled in the Qualcomm Snapdragon S4 MSM8930 chip and 1 GB of RAM memory. Graphic rendering generally consume lots of CPU cycles, so this phone also has an additional 450 megahertz Adreno 305 graphic processing unit to take care of them, leaving the processor free for other tasks. This phone comes with an 8 GB quite large internal storage and an external memory slot, allowing the user to store a couple hundred games and apps without any trouble.

ZTE designed this phone with a good looking 5.7-inches screen, and a 1280 x 720 (HD) resolution, providing this device with a nice graphic quality. Its screen uses IPS LCD capacitive technology, and can detect multiple fingers at the same time.

This device features WiFi capability (which can be provided to other devices acting as a router) or 3G internet connection, using EV-DO A technologies. The ZTE Max doesn’t use a SIM card, because it doesn’t support GSM connections.

This phone is only equipped with an 8 mega-pixels back facing camera. It can also film 1280×720 HD videos. The camera also includes auto-focus and flash.

This cellphone also comes with some interesting features like Bluetooth (4.0), GPS Navigation and NFC (to trigger actions, transfer data or make payments by holding your cellphone close to another NFC device or tag), and multiple sensors like Light Sensor, Proximity Sensor, Accelerometer and Compass.

The ZTE Max packs a huge 3200 mAh Li-Ion non-replaceable battery providing this cellphone an incredibly long battery life. An issue to take into consideration is that this phone’s battery is non-removable so you won’t be able to replace it when it starts to have trouble holding its charge, even though with such a big battery you will probably replace this device before it happens. 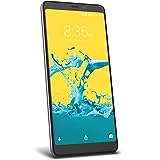 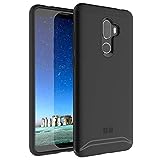 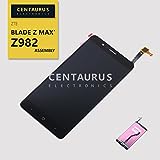