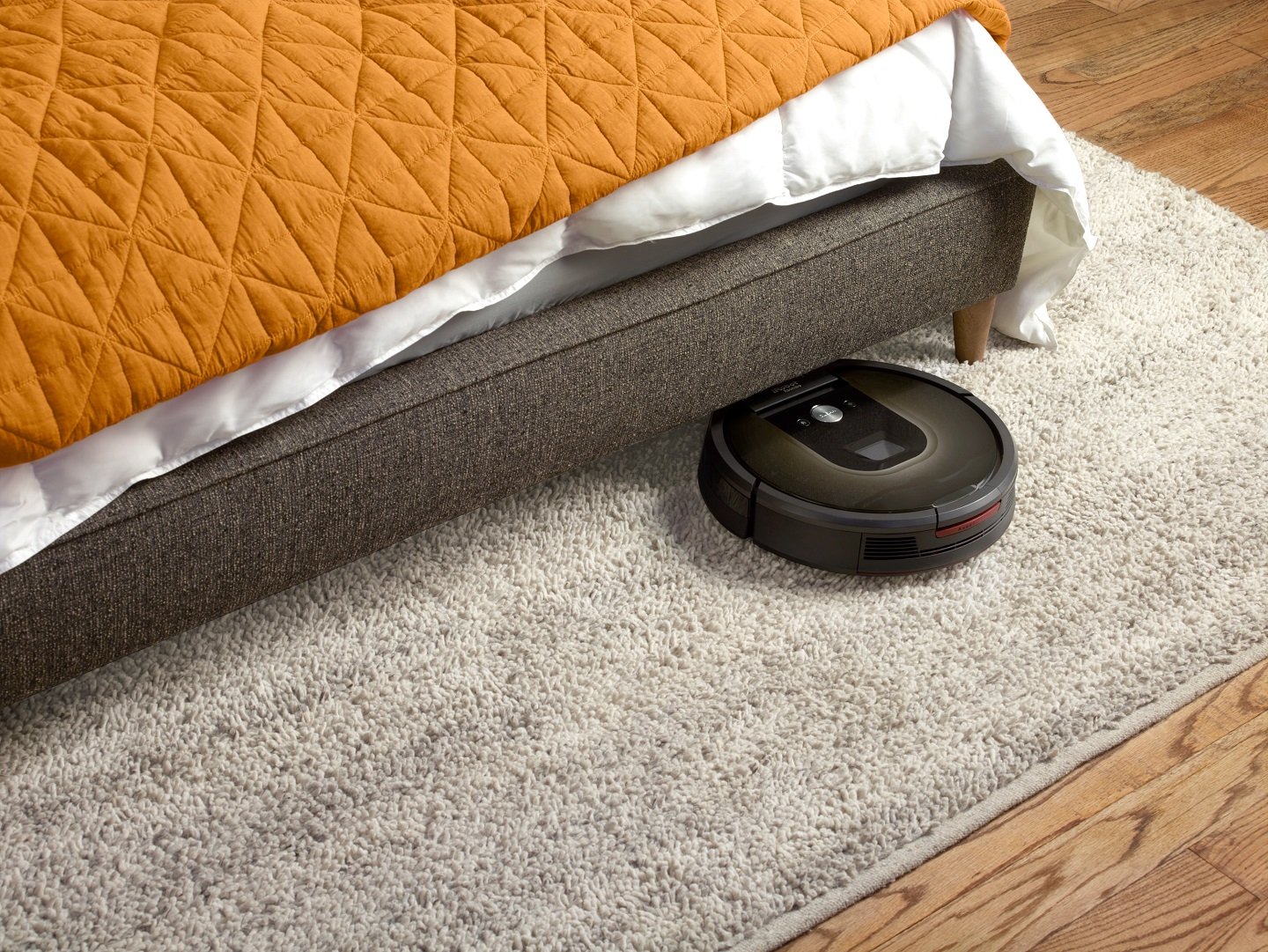 Shopping for a robot vacuum but not sure which is most suitable for your needs? The Roomba 900 series has models always worth considering, particularly the 960 and 980. These high-end vacuums both offer mapping technology and Wi-Fi connectivity, but which one truly stands out?

The Roomba 980 has Carpet Boost technology while the 960 doesn’t.

Vacuums have to work harder on carpeting than they do on hardwood floors because debris gets stuck in the fibers, making them hard to suck out. With Carpet Boost technology, the Roomba 980 can detect when it’s on a carpeted surface and kicks up the motor for greater suction.

iRobot claims that the only has a 5x AeroForce system while the Roomba 980 has a 10x system so you’d expect the latter to be more efficient. However, the difference in suction power is actually not that obvious. Either model seems to suck up debris as well as the other.

Compare the Roomba 980’s 3000 mAh lithium battery to the ’s 2130 mAh battery and it’s clear that the former would last longer. Greater runtime means more areas cleaned in one run before charging again. This is especially beneficial for those who have big homes with multiple rooms or those who have to deal with large amounts of clutter daily.

The Roomba 980 comes with two virtual walls while the 960 has only one.

The advantages of these can depend on how many rooms you have or the kind of layout you have. They are used to cordon areas that you don’t want the Roomba to enter or clean. They can also be set to Halo mode which allows you to block off a 26-inch perimeter around an object like a pet bowl or fragile home decor.

The Roombas 980 and 960 both offer wireless connectivity and the app.

These two models can connect to your Wi-Fi network so you can remotely control them through the iRobot Home app which is available on Android and iOS. Overall, the app experience is similar wherein you can change the configurations and set cleaning schedules. The app is not required for you to operate the Roomba but you’ll miss out on a lot if you don’t use it.

The Roombas 980 and 960 have two more sensors than other models.

Both of them are mounted with a camera on top for visually tracking obstacles such as tables, refrigerators, and couches. The other is a tracking sensor so the Roomba would remember areas that it has already covered or cleaned. Together, these allow the vacuum to map out your home more efficiently.

The Roombas 980 and 960 use brushless debris extractors.

Only units in the 800 and 900 series have this feature whereas its predecessors still use bristled brushes. These rubber rollers reduce the time you spend maintaining your Roomba significantly because they won’t tangle with any pet or human hair as well as threads. The dust bin and filter are easy to release and clean too.

Either of these units would be a great buy as they both come with impressive features like Wi-Fi connectivity and virtual wall barrier technology.

Considering the Carpet Boost feature and longer runtime, the Roomba 980 would be the better choice for large homes with hardwood floors or multiple rooms on the same level. When you just want the core features but at a lower price tag, get the instead.