Roborock’s impressive cleaning performance and reasonable price make its robot vacuums one of the most highly recommended smart vacuums today. We compare its flagship robot vacuum, the Roborock S6 MaxV, with one of its top-rated models, the Roborock S5 Max. Our thorough review below will help you decide whether upgrading to the new is worth it. 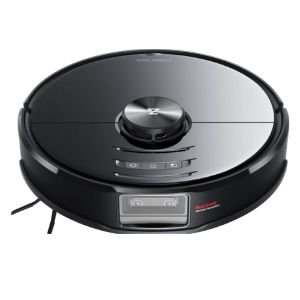 The and the S5 Max look sleek and modern, but bear slightly different designs.

Both robot vacuums have a round profile common to many robot vacuums in the market. The and the Roborock S5 Max house their LiDAR sensors at the top of their faceplate together with their minimalist buttons. Even looking at their underside will reveal they sport similar brushbars and electronic detachable mopping mechanism.

While both look sleek, modern, and well-built, they do have some differences design-wise. The comes with two extra cameras mounted at the front of the robot vacuum for better depth perception capabilities. Another difference between these robot vacuums is their color. The is only available in black as of writing while the Roborock S5 Max comes in black and white variants.

Both robot vacuums have excellent cleaning performance, but the boasts stronger suction power

One of the major upgrades highlighted in the is its 2,500 Pa suction power. This is 25 percent more powerful than the Roborock S5 Max whose power is up to 2,000 Pa. With better suction power, the can pull in finer dust better on hardwood floors and carpets. That said, the Roborock S5 Max still does an impressive job of cleaning surfaces and pulling in debris and finer particles. Roborock offers some of the best cleaning performance among robot vacuums today, and that includes the S5 Max. 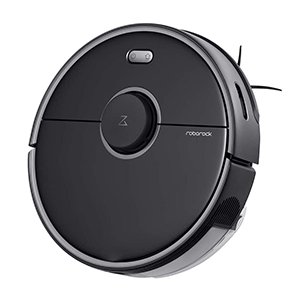 Both the and the S5 Max have a brush bar that deals with hair tangles well. Their side brush also does a great job of cleaning the edges. One of the best features of Roborock robot vacuums is their mopping capability. Both the and the S5 Max feature a large mopping tank. They offer electronic mopping options in the app so you can adjust the water levels as needed. In addition, you can set no-mop zones for areas you don’t want these robot vacuums to mop.

The has better depth perception and has multi-level mapping capabilities.

As mentioned earlier, the and the S5 Max house their laser sensor on their faceplate to quickly map your home. They can plot the most efficient way to clean your home and can navigate well even in the dark, thanks to their LiDAR navigation system. In addition, you can set-up virtual barriers and zones you want your Roborock robot vacuum to avoid.

Where the outperforms the S5 Max is in its depth perception capability, thanks to the two cameras on the front and faster 64-bit 8-core processor. Roborock even boasts that the S6 MaxV can avoid pet waste on the floor. Moreover, the boasts multi-level mapping, a feature that’s perfect if your home has two or more floors. This feature is not available on the Roborock S5 Max, but it can still map your floor plans well.

With a runtime of up to 180 and 150 minutes, respectively, the and the S5 Max can easily cover large homes on one go as they map out the most efficient cleaning path. Both robot vacuums are equipped with a large 5,200 mAh battery. However, since the has stronger suction power and extra cameras, a drop off in battery life will not be surprising.

For users with a smart home ecosystem, you can set-up the and the S5 Max to work with Google Assistant or Amazon Alexa. However, it is worth mentioning that you cannot tell them to command your Roborock to clean a specific room alone. You can use the Roborock app if you want the S6 MaxV or the S5 Max to clean select areas of your home.

Check Price on Amazon Check Price at Roborock.com
We are reader supported. When you buy through our links we may earn an affiliate commission.
Deal Finder

The upgrades in the Roborock S6 MaxV make it worth its premium price tag. Its suggested retail price is 749 USD, around 150 USD more than the Roborock S5 Max. For the price difference, you will get stereoscopic cameras, stronger suction power, better navigation, more efficient cleaning with its faster processor, and multi-level mapping capability. For its features, its price is only fair as it is still more affordable than many premium robot vacuums.

However, if you currently own the Roborock S5 Max and deciding whether you should upgrade, the most compelling reason will be if you want the multi-level mapping capability and a faster processor. While not as powerful as the , the suction power of the Roborock S5 Max still allows it to clean most surfaces with impressive quality.