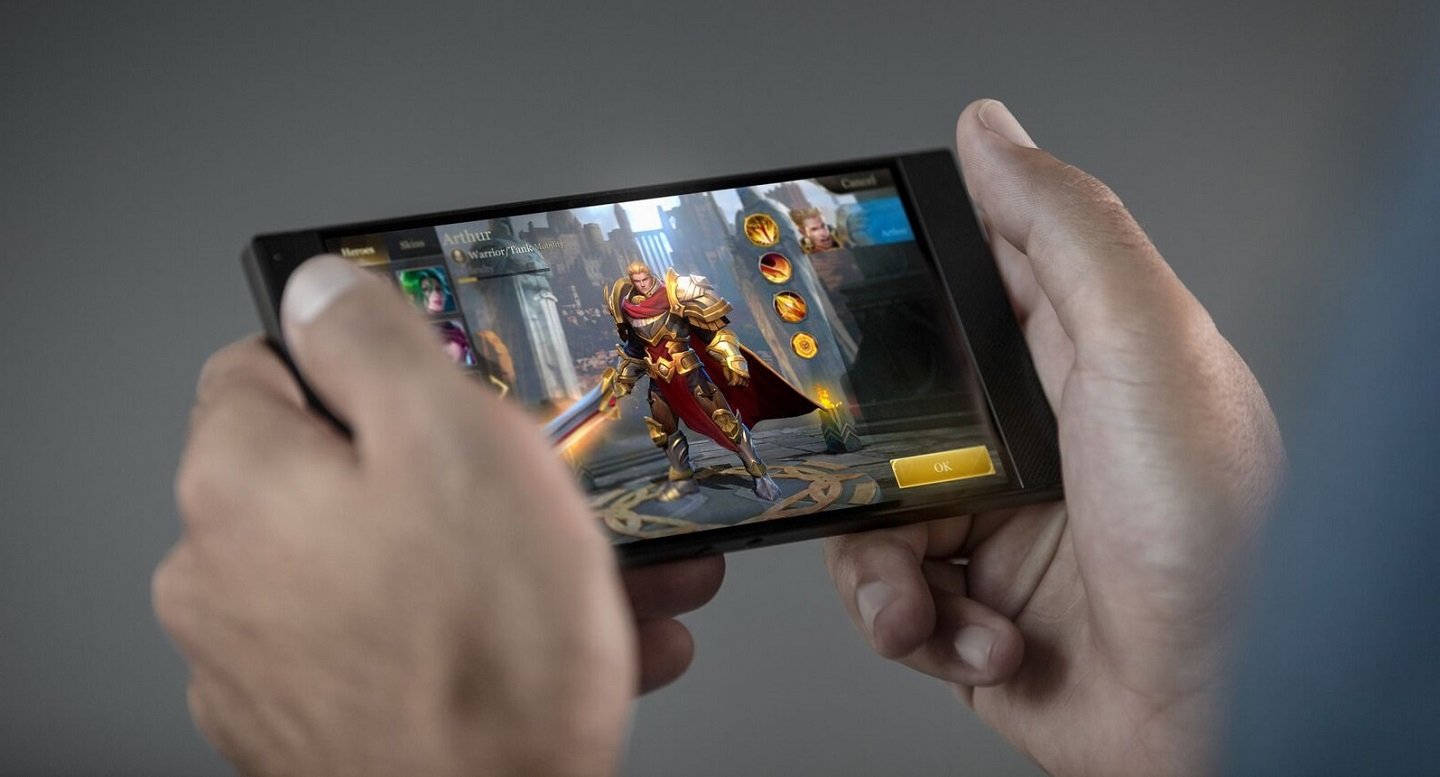 Razer was known mainly for manufacturing high-quality gaming hardware until they officially entered the smartphone market in November 2017 with their Razer Phone. Coincidentally, Apple released its iPhone X only a month prior. Not only were both phones launched so closely together but they also boast of top-tier specs and performance in their respective operating systems. So, does the newcomer Razer have a better offering over the seasoned Apple? Let’s take a closer look at these former flagship devices below.

The Razer Phone has larger bezels than the iPhone X but it also provides adaptive sync and a higher refresh rate.

The bezels on the Razer Phone are not as narrow as other flagship devices. However, its 5.7-inch IGZO LCD display does have an impressive 120Hz refresh rate in exchange. This feature was first seen in the iPad Pro yet sadly isn’t included in the iPhone X. What it does is allow faster image redrawing for a smoother navigation and gaming experience.

Another Razer Phone feature worthy of note is UltraMotion or adaptive sync. This connects the display directly to the graphics card so both components are perfectly synchronized with each other. The GPU creates images at a speed that matches the display thereby preventing screen tearing.

The iPhone X achieves quality audio with the earpiece but the Razer Phone also has front speakers and Dolby Atmos technology.

Most of the competition focuses on improving sound quality through the earpiece and the iPhone X is the same. The Razer Phone deviates from this with the inclusion of front-facing speakers. The iPhone is able to achieve a similar level of audio quality but not as loudly or clearly as the Razer.

The dual stereo speakers on the Razer Phone come with dedicated amplifiers. These ensure clear and loud audio even without an earpiece. Additionally, the Razer possesses Dolby Atmos technology for immersive sound on speakers.

The Razer Phone packs a large 4,000 mAh battery but it doesn’t have wireless charging like the iPhone X.

On the iPhone X is a 2,716 mAh battery which provides enough power for a day’s use even with heavy usage. Fast charging is possible but not with the cable included in the box. The USB-C power adaptor and Lightning cable have to be purchased separately. The iPhone X does have wireless charging using the Qi standard to make up for that.

The Razer Phone is equipped with a larger capacity 4,000 mAh battery to keep up with the demanding 120Hz refresh rate. Fortunately, the IGZO display possesses lower leakage and consumption than the OLED found on the iPhone X. The Razer also supports the Qualcomm Quick Charge 4+ as a counterpart to the iPhone’s fast charging solution.

The iPhone X has one of the best camera systems, though the Razer Phone does have decent sensors.

Similar to the iPhone 8, the iPhone X has a dual-camera system with minor improvements made on the lenses. The 12-megapixel sensors capture beautiful images with a simulated bokeh effect. The front-facing camera shares the same technology as what’s on the rear as well.

The two 12-megapixel cameras on the Razer Phone are decent yet basic with one wide-angle lens and one zoom lens. The software lacks features that you would expect on most flagship devices. The iPhone X has such features plus Face ID which detects faces to unlock the phone.

The Razer Phone carries a fast Qualcomm chip but the Apple processor on the iPhone X is better.

The Qualcomm Snapdragon 835 on the Razer Phone is powerful with plenty to offer. It’s paired with 8GB of RAM, making for a device that’s capable of handling demanding apps and games. The Razer runs on the Android Nougat by default although it’s upgradable to the Oreo but not the Pie.

The Apple A11 Bionic chipset on the iPhone X is faster and more powerful than the Snapdragon 835, however. It even rivals Intel desktop processors in certain areas though it’s only equipped with 3GB of RAM. Out of the box, the iPhone X has an iOS 11.1.1 operating system but this can be upgraded to the iOS 12.3.

Even compared to the impressive Razer Phone, Apple has the better looking and higher-performing mobile device with the iPhone X.

The Razer Phone is an amazing device when you want a smooth gaming experience. Rather than being a second option to the iPhone X though, it serves as a great alternative to the Google Pixel 2. The iPhone X is a beautiful smartphone offering a good camera along with an exceptionally fast chipset. The Razer Phone cannot even begin to compare with it.