The Kraken is one of Razer’s most iconic headset lines. It’s been expanded not too long ago with the Kraken X and a refresh of the classic Kraken. Both have their own merits. The Kraken X is lightweight and affordable, while the Kraken is a reimagining of the widely beloved gaming cans. We take a look at how the two compare here, from audio quality to features. That way you can decide whether it’s worth it to pay more for the Kraken or find that the Kraken X is already more than enough to suit your needs. 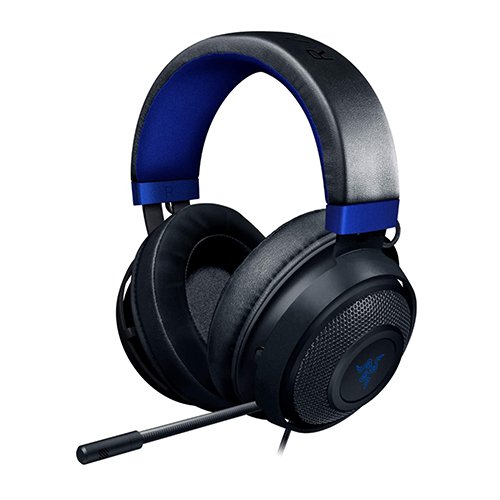 Razer opted for more plastic and less fabric on the Kraken X.

When you first lay your eyes on the Razer Kraken X, you’d know it’s a Kraken. It doesn’t deviate too far from the familiar design of the headset line, after all. However, it does give a non-gaming kind of a vibe because of its relatively plain look. The only fabric materials you’d find are on the headband padding and ear cushions. The rest is made of plastic. On the other hand, the Razer Kraken rocks that look you know and love—if you’re a fan of the Kraken range, that is. From the colors to the design, you won’t mistake it for anything else but a Kraken. That doesn’t mean you won’t confuse it with other models in the series, though. It looks an awful lot like the Kraken Pro V2, but that’s not really much of an issue. In terms of build quality, both are pretty solid. Even though the Razer Kraken X is a lightweight contender, you can tell it’s well-made. As for the Kraken, you’d know just by its weight and feel that it can withstand bumps and a couple of drops here and there. One advantage of the Razer Kraken is its retractable microphone. Even though the Kraken X’s microphone is bendable and flexible, it’s neither retractable nor detachable. A possible problem with that is It’ll look a bit strange wearing it outside.

Razer fitted the Kraken X and Kraken with a cardioid microphone to prevent picking up background noise.

The features on the Razer Kraken X and Kraken are the kind you’d like to see on gaming headphones. For starters, they provide accurate positional audio, thanks to their 7.1 surround sound system. One downside is it’s available only on PCs running Windows 10 64-bit (sorry, console gamers). Their microphones also use a cardioid pattern to capture your voice. According to Razer, this should reduce unwanted noise by blocking sounds coming in from the back and sides. The Kraken does a better job at noise suppression. For some reason, the Kraken X doesn’t do as well as expected. Both the Razer Kraken X and Kraken have built-in controls, namely a volume slider and a microphone mute button. The only difference is that the Kraken X has them on the left earcup, while the Kraken has them on the cable.

True to their gaming nature, the Razer Kraken X and Kraken provide a competitive edge. The Kraken X and Kraken are equipped with custom-tuned 40mm and 50mm drivers, respectively, with a frequency response of 12Hz to 28kHz. You can hear even the faintest details with these two, such as subtle footsteps of enemies sneaking up behind you. The aforementioned positional audio also helps you pinpoint your opponents’ locations. Generally, audio on the Razer Kraken X is more balanced. The highs are pretty clear, and the lows have enough depth. 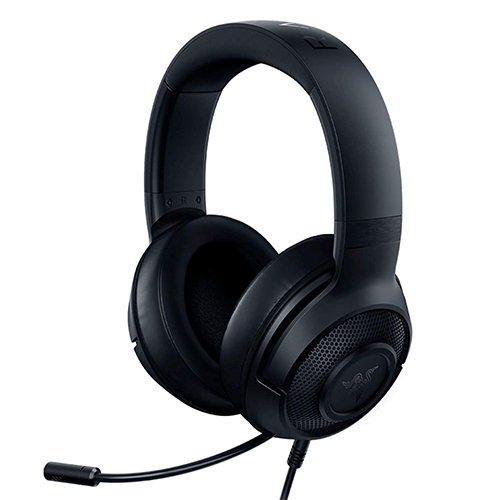 Check Price at Amazon Check Price at Walmart
We are reader supported. When you buy through our links we may earn an affiliate commission.
Meanwhile, the Razer Kraken produces highs with clarity and punchy lows. It’s better at bass-heavy audio than soundtracks with lots of treble. That said, it gets the job done and then some in playing music and TV shows and movies. That means you can switch between gaming, listening to songs, and watching videos no problem.

Among the main selling points of the Razer Kraken X is its lightweight build.

To make sure gamers can play in comfort, Razer used memory foam cushions with eyewear channels on the Kraken X and Kraken. It even took a step further with the Kraken by adding a layer of cooling gel and heat-transfer fabric that should make sweat evaporate faster. Weight plays a huge factor when it comes to comfort. Even though the Razer Kraken has better ear cushions than the Kraken X, it weighs 0.71 lbs. In other words, it can get a bit uncomfortable after a while. On the other hand, the 0.55-pound Kraken X is so light and comfortable that it almost feels like you’re wearing nothing at all. That’s just the thing for long gaming sessions.

Both headphones have a lot to offer, but the Razer Kraken has features that are worthwhile to invest in.

Check Price at Amazon Check Price at Walmart
We are reader supported. When you buy through our links we may earn an affiliate commission.
Deal Finder

Check Price at Amazon Check Price at Walmart
We are reader supported. When you buy through our links we may earn an affiliate commission.
It wasn’t an easy pick, but we’ll have to go with the Razer Kraken on this one. It beats the Kraken X with better cushions and in the audio and microphone departments. The retractable microphone is also a nice touch. Not to mention that it’s available in more colors. Sure, the Razer Kraken X won’t break the bank, making it a good budget option to consider. But between it and the Kraken, its only advantages are comfort and a lower price point. Still, it’s living proof that you don’t have to spend a lot to get a decent pair of quality gaming cans.

📌 What is the difference between the Razer Kraken X and Kraken?

📌 Is the Kraken X any good?

The Kraken X isn’t the best out there, but its comfortable design and audio are great for its price.

📌 Which Razer Kraken is the best?

📌 Are Razer headsets worth it?

The comfortable fit and audio quality of the Razer Kraken and Kraken X make them a worthwhile purchase.