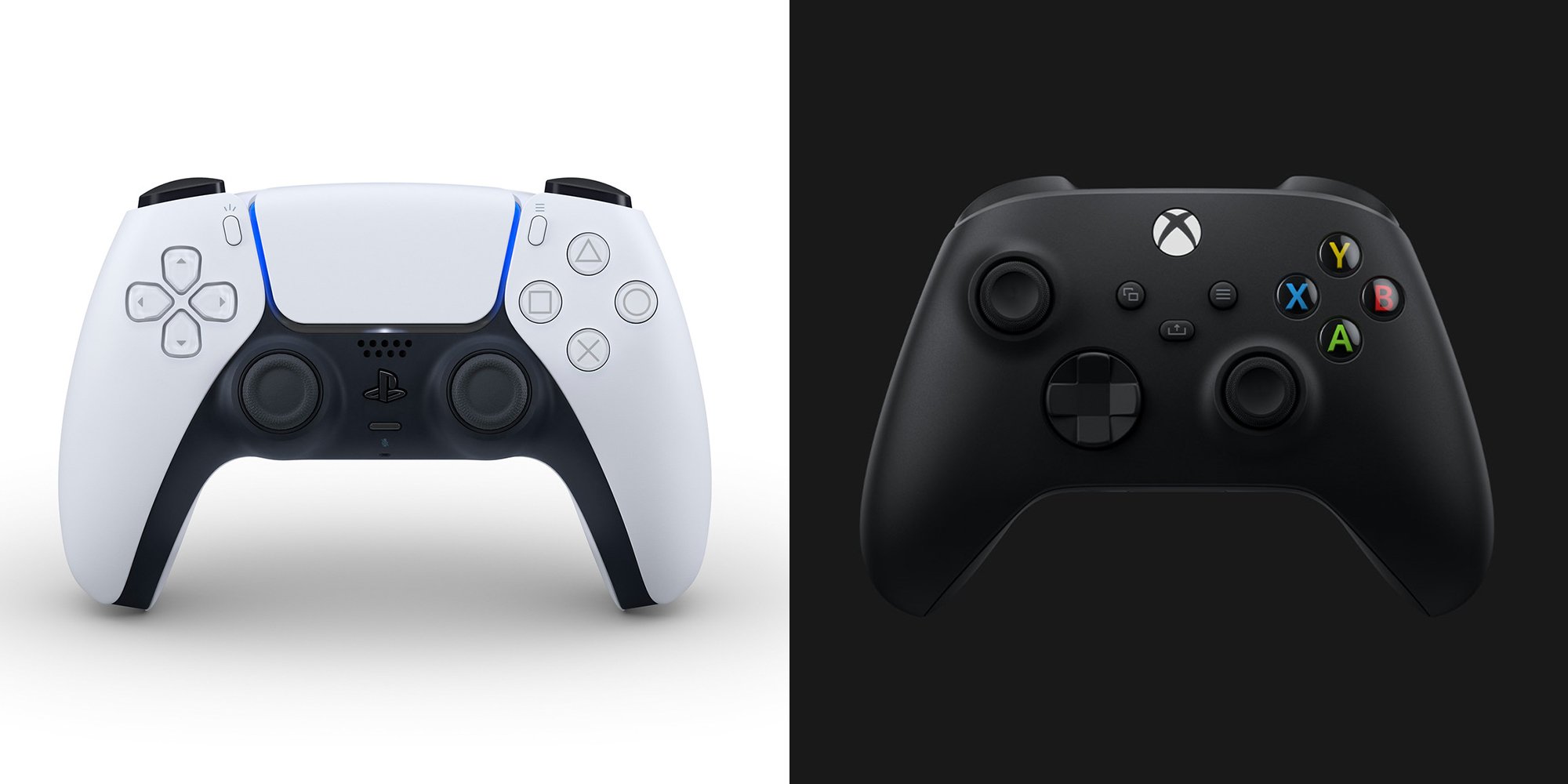 The start of a next-gen gaming console war is always exciting. Now that we’ve gotten confirmed technical specs on the hardware of the PS5 and Xbox Series X, we can earnestly begin comparing the two. Previously called Xbox Scarlett and Xbox 2, the Xbox Series X has an early lead since Microsoft has been more forthcoming in revealing more details about their machine, while the PS5 still remains fairly shrouded in mystery. Here’s a side-by-side analysis of the Sony PlayStation 5 and Microsoft Xbox Series X.

The Xbox Series X has a geometric design while the PS5 is yet to be revealed.

Beating Sony to the punch, Microsoft has not only revealed the inner architecture of its console, they’ve also revealed the actual design of the Xbox Series X, which also admittedly sounds a bit better than earlier codenames Xbox 2 and Xbox Scarlett. The Xbox Series X has a blocky frame, with stark, clean lines and a textured surface. It’s bulkier than the Xbox One consoles and although it’s primarily designed to be oriented vertically, you can also lay it on its side to fit into shelves.

The parallel cooling system inside the Xbox Series X is partially responsible for this new upright build. It utilizes a whisper-quiet fan, vapor chamber and heat-sink chassis to ensure optimal temperatures for its powerful hardware. A grill at its top provides ventilation, while at its front is a slit for the Blu-ray drive along with a tastefully small Xbox logo.

We’ve yet to see what the PlayStation 5 looks like in the meantime. Sony has so far only revealed the physical design of the new PS5 game controller, which is now called DualSense. From there, though, we can speculate on the aesthetics and colors of the actual PS5 console. It’s likely that the PS5 will also feature a combination of white, black, and neon blue colors, with a sleek and curvy design. We’ll update this when Sony finally reveals what the next-gen PlayStation looks like.

The Xbox Series X is slightly ahead of the PS5 in terms of processing power.

A quick look at each of their spec sheets shows that the Xbox Series X has slightly higher numbers that the PlayStation 5 in some areas. However, what’s really interesting is just how similar their hardware choices are, as each is running a custom system-on-chip based on the AMD Ryzen chipset as well as the AMD RDNA 2 GPU architecture. Both also pack 16GB of GDDR6 RAM as well as custom-built SSD storage which they can tap as virtual RAM.

While both have 8-core AMD Zen 2 CPUs, the Xbox Series X can max out at 3.8GHz speeds with simultaneous multithreading disabled for even faster performance. Meanwhile, the PS5 runs at 3.5GHz, and its GPU only offers 36 CU (compute units) while the Xbox Series X has 52. As a result, we can safely say that Microsoft has the slightly beefier machine which can provide up to 12 teraflops of processing power compared to Sony’s 10.3 teraflops.

Still, numbers only matter so much in how game developers are able to utilize them to bring you amazing-looking games. Both the PS5 and Xbox Series X feature ray tracing, which simulates how light bounces off surfaces in real life. This allows for more accurate rendering of objects, shadows, and textures, making water surfaces, glass refraction, and even hair look more realistic. Microsoft and Sony are gunning for true 4K gaming and up to 8K resolutions with these hefty graphics muscle.

The other major improvement that console gamers will seriously appreciate is the move to high-speed SSD storage. This will significantly reduce loading times compared to the current HDD setup, and it will allow near-instant fast travel in expansive game worlds with its ability to stream assets faster. The Xbox Series X has a slightly bigger 1TB NVMe SSD compared to the 825GB of the PS5, and Microsoft has also announced that you can double theirs via an Expansion Card inserted into a port at the console’s back.

Ultimately, we’ll have to see what developers are able to accomplish with these monster specs to get a better gauge of their capabilities.

The Xbox Series X and PS5 will both offer backward compatibility with current-gen titles.

Games lineups can play a decisive role in the success of new consoles and we expect that to be no different here. So far, there are no true exclusive titles being released on either PS5 or Xbox Series X, since many of the recently announced titles can be played on both consoles or is available on PC. Moreover, new games slated to be released later this year, such as Cyberpunk 2077, Halo Infinite, will be playable on current-gen consoles PS4 Pro and Xbox One X. We’ll have to see how much the gameplay experience changes from one console generation to the next.

Sony and Microsoft are both committed to supporting their current and next-gen platforms this way, at least for the next year or so. It might take a while before we get to see games being available exclusively on the PS5 or Xbox Series X, but it should be likely for franchises such as God of War and Spider-Man to release their next installments in this manner. For now you’ll want to look at the current game libraries of the PS4 and Xbox One to get a better idea of the games you can access on either device.

That doesn’t mean, there aren’t any exciting news: the major announcement here is that Microsoft and Sony will be ensuring backwards compatibility with current and older titles for their new consoles. Microsoft has been more forthcoming here, promising that every Xbox One game, as well as some Xbox 360 and original Xbox titles, will be playable on the Xbox 2. They will also introduce a Smart Delivery system so that you’ll automatically get the enhanced Xbox Series X version of any Xbox One title you own without buying the game again.

Meanwhile, Sony has a smaller scope in mind, only targeting PS4 titles with a type of universalized software that runs them on the PS5. So far, the company has noted that the top 100 PS4 titles are all working well on the PS5, and they expect that almost all of the 4,000 PS4 games will be accessible on the PS5 on launch.

Controls and Other Features

The Xbox Series X and PS5 launches with new and improved game controllers.

Aside from the color choices and offset sticks, the new Xbox Wireless Controller and PS5 DualSense sport several similarities. First, their overall shapes have become quite alike, with the slim DUALSHOCK 4 morphing into a more streamlined shape. The analog sticks are practically the same, as well as the overall number of buttons, with the Xbox Series X controller adding a Share button while the DualSense has its own being renamed into the Create button.

Of course, the differences are more striking. Sony is going hard with their new design, opting for an eye-popping two-tone finish, with the blue light bar being quite visible from the front. The touch pad is still there, but we’ll have to see what Sony’s plans are for the largely abandoned PS4 functionality. Interestingly, the DualSense is equipped with a mic right in the middle which can be handy for quick in-game chats in online multiplayer modes.

Sony is also improving its controller’s trigger buttons with haptic feedback. These adaptive triggers will let you feel more sensations mimicking the actions you’re making in game, such drawing a bow or driving through mud. In comparison, the Xbox Wireless Controller retains its offset analog stick placement and hybrid D-pad. It’s sculpted a bit more tightly to fit comfortably in your hands but for the most part it’s still follows current versions closely.

Finally, Microsoft is letting players choose between AA batteries or rechargeable battery packs to keep their wireless controllers powered, while the DualSense game controller only has an internal battery that can be charged via USB-C.

It’s still too early to recommend either the PS5 or the Xbox Series X over the other.

There are still plenty of unknowns in this next-gen gaming console war to call a favorite. In addition to the actual PS5 design, we’ve yet to see what the machines are truly capable of through gameplay demos of next-gen titles that can harness their beefed up hardware. More importantly, launch lineups are critical in convincing gamers which console they’ll be playing on, if they aren’t committed heavily already on one platform. With full backward compatibility, you’ll likely want to get the gaming console upgrade that still lets you play all of the games you own.

We’ll be updating this comparison with more information as Sony and Microsoft reveal more details about their upcoming PlayStation 5 and Xbox Series X gaming consoles in the coming months.