The update to Beats’ popular wireless earphones for fitness enthusiasts has arrived. Fresh off the success of the Powerbeats Pro, Beats took many of its outstanding qualities and infused it into the new Powerbeats, which we’ll refer to as the in this comparison. So how good is it compared to its predecessor, the Powerbeats 3? Check out the details below. 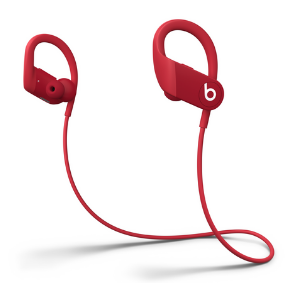 The features several design improvements over the Powerbeats 3.

As mentioned, the takes after the Powerbeats Pro in several ways, including design. You’ll notice that it looks much closer to the Pro than to the Powerbeats 3, and for good reason. While their adjustable earhooks are similar, the connecting cable now goes down and behind the ear on the , which feels better and helps it stay out of the way during workouts and runs.

In addition, the cable of the is now rounded and smoother, which will reduce rubbing and sticking to your skin compared to the flat strip of the Powerbeats 3. Those who prefer true wireless earbuds might not love the neckband design of these Beats pairs, but the wire makes it less likely for the earphones to fall on the ground or go missing.

Both sets of Beats wireless earphones come with several ear tips so you can choose the best fit for you. They’re intended to allow a little external noise so you can remain aware of your surroundings as you move. Beats also moved all of the controls on the to its right earpiece, while the Powerbeats 3 has the more typical setup with buttons on its connecting cable.

The has superior sound quality compared to the Powerbeats 3.

Beats used the same 12mm pistonic drivers of the Powerbeats Pro on the new , which features a more aggressive tone with palpable bass and nice highs. Those who need blood-pumping music to fuel their workout sessions will find that the delivers in spades. It’s not overboosted by any means, so you’d still enjoy watching movies and TV shows with it.

Meanwhile, the Powerbeats 3 still uses the same sound tech and specs as that of the older Powerbeats 2. It’s got a strong and tight bass, plenty of detail and a rich overall tone, but it might seem overwhelming when you’re listening to laid-back melodies and slower tunes. Surprisingly, its volume is lower on average than most other wireless earphones.

Since both have no active noise cancellation features, getting the right ear tip fit can be crucial in keeping external sounds out, especially when you’re in a gym full of grunting and clanking noises. However, you can thank Beats later for saving your eardrums by giving you less-snug options. 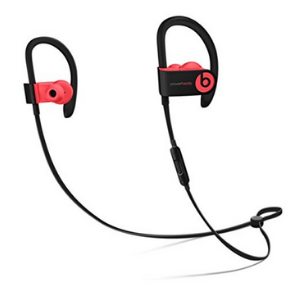 Check Price on Amazon Check Price on
We are reader supported. When you buy through our links we may earn an affiliate commission.

The has a longer battery life than the Powerbeats 3.

One of the most annoying things about wireless earphones is running out of battery when you’re out and about, leaving you music-less until you can recharge them. With the this scenario becomes less of a worry, since it can last up to 15 hours on a single charge. In comparison, the Powerbeats 3 only has a max of 12 hours’ use.

Both do have the Fast Fuel charging feature which lets you get a quick 1 hour boost with just a 5-minute recharge. We should also note a key advantage of the Powerbeats earphone being not true wireless earbuds: you can ensure that both left and right earpieces get juiced up when you charge it. Users can sometimes experience one side of the AirPods Pro, for example, dying while the other still has plenty of charge left, simply because they plugged it in incorrectly.

The has an upgraded chip for faster pairing and syncing.

Apple gave the its new H1 chip to allow it to instant pair with iPhones and other iOS devices, as well as enabling automatic syncing to the iCloud. You’ll get a slightly faster response whenever you activate Siri too, thanks to its Class 1 Bluetooth tech that further extends and strengthens wireless range.

Both the Powerbeats 3 and 4 are sweat and water resistant of course, so don’t be afraid of getting them damp as you work out. They can even survive accidental tumbles in the washer or dryer as long as you take action immediately.

The is a straight upgrade but the Powerbeats 3 is now available for a lower price than ever before.

With better sound quality, longer battery life, and more ergonomic design, the new Powerbeats 4 are simply better in every way. If you’re after excellent wireless earphones to take with you on strenuous activities, the latest Powerbeats will get you revved up while ensuring a great fit and plenty of playback time. Moreover, it’s being offered at a much lower price than the Powerbeats 3 on release, which is a huge deal whether you’re a Beats fan or not.

What that means for the Powerbeats 3 is they are now cheaper than ever. You can get the signature Beats sound profile and flash factor for less, and it’s still impressive compared to others in its new price range.