There are plenty of reasons why all sales teams should be using a CRM platform. They help you generate new leads, they standardize all of the sales processes, and they even organize your team’s schedules for you. Basically, they put all CRM tasks under one roof, making it so much easier for you to build lasting relationships with your customers. If that sounds good to you, you can try looking into either Pipedrive or Zoho, both of which are popular CRM platforms. That said, they do come with some differences and so it’s important to choose wisely. To help you decide which one’s better for your business, here’s an in-depth comparison of Pipedrive and Zoho, taking their features and pricing into consideration.

Zoho is more advanced than Pipedrive when it comes to lead management.

With Pipedrive, creating pipelines doesn’t have to be such a painful process. With its drag-and-drop tool, it’s all too easy to build customized pipelines and pick out the features that would be useful to you and your team. You also don’t have to keep worrying about the health of your pipeline because Pipedrive will let you know exactly which areas are being forgotten. If, for example, a deal has been idle for a certain amount of time, you will definitely be alerted. This way, you can immediately assign your salespeople to the tasks that need the most attention. Another useful feature that you can enjoy with Pipedrive is its deal probability function, letting you in on which sales are most likely to be closed and which ones are likely to fall through. Pipedrive has a product catalog as well which lets you input products and link them to certain leads and deals.

While Pipedrive has decent lead management, Zoho seems to be ahead of its competitor, able to offer plenty of ways for you to capture new leads. It has, for example, a card scanner app that you can use to automatically store various leads’ information in one place. You can also easily stay updated with what your potential leads are saying on Twitter, which issues matter most to them, and what they think about your company. Zoho also integrates with Facebook and LinkedIn, allowing you to find new leads on those platforms as well. Aside from helping you generate new leads, Zoho also makes it easy to manage them. It automatically organizes your contacts through lead scoring and it also evenly distributes your leads among your salespeople, making sure that no one is too loaded or underworked. Zoho also has a drag-and-drop Blueprint editor which you can use to set rules and standardize your sales processes.

Zoho has a slight edge over Pipedrive when it comes to channels and contacts.

When it comes to communication channels, Pipedrive offers both email and phone calls. To make use of the email function, all you have to do is sync it with your work email address and you can then send out and receive emails through Pipedrive. You won’t ever have to play the guessing game because you’ll be updated with real-time notifications every time a contact opens your email. Another great thing about Pipedrive is that you get to choose from a wide range of pre-designed email templates, saving you from the hassle of constantly having to recreate content from scratch. As for its phone feature, it allows you to make hands-free calls so that you can freely take notes as you go along. All your call records will automatically be saved and added to the pipeline as a completed task. When it comes to contacts, you can import them from another platform and save them either as individuals or organizations.

Similarly to Pipedrive, Zoho also offers email and phone call features. As for the email function, it lets you choose from a variety of email templates, send out emails in bulk, as well as receive reports regarding your open rates. Not just that but you can also use filters to separate your active leads from those who aren’t responding. This way, you can save time and effort by focusing on those who are engaged. As for the phone function, it lets you make calls from the platform itself, schedule calls, as well as save them to your pipeline. Zoho offers more than just emails and calls though and so it has a slight advantage over Pipedrive. It has a whole suite of communication channels called the ‘Omnichannel’ which includes social media, live chat, and web conferencing. Zoho is also very handy when it comes to contact management, able to draw all sorts of information from different sources.

You can automate more tasks with Zoho compared to Pipedrive.

One of the most helpful features you can enjoy with Pipedrive is its chatbot. Whenever a customer wants to book an appointment with you via your website, the chatbot will be the one to check your team’s schedule and pencil the customer in for you. Other forms of customizable automation that Pipedrive performs include creating a new task whenever a deal moves down the pipeline, creating a new deal whenever there’s a new contact, and sending out emails whenever a deal is created. You’re allowed to set triggers for all of these automations as well as set your desired goals. The virtual sales assistants you get with Pipedrive are a huge help as well as they provide you with updates on the health of your pipeline as well as tips on how you can further improve your sales processes.

As for Zoho, it makes use of an AI program (they’ve given it the name of Zia) and it can pretty much do everything for you. You can trust Zia to sniff out trends, craft responses to leads and customers,  check your content for errors, input customer data, sift through emails and reports for information, and even make predictions for you. Basically, you can count on Zia to make your life a whole lot easier. What’s great is that you can provide Zia with new scripts that would allow it to perform other tasks that would be beneficial to your team. Because of Zia, you’re able to automate a lot of the sales work, allowing you to save time and effort. That said, you need to avail of the higher pricing plans to be able to enjoy all of Zia’s features.

Zoho is more affordable than Pipedrive.

While both Pipedrive and Zoho offer four pricing tiers, it does seem like Zoho is the more affordable option. With Pipedrive, you have the Essential ($15/month), Advanced ($29/month), Professional ($59/month), and Enterprise ($99/month) plans. With Zoho, you get to choose from the Standard ($18/month), Professional ($30/month), Enterprise ($45/month), and Ultimate ($55/month) plans. It’s noticeable that as the plans get more advanced, you’re able to save more money with Zoho as compared to Pipedrive. When it comes to trial periods, however, these two CRM platforms aren’t far off from each other. Pipedrive offers a 14-day free trial period while Zoho gives 15.

Zoho is able to tick off more boxes than Pipedrive. 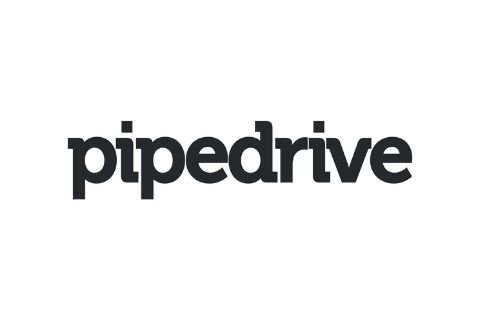 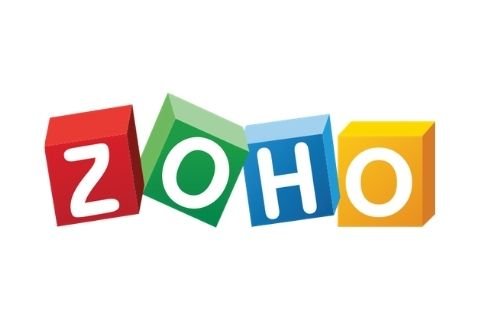 There’s no doubt that both Pipedrive and Zoho are both quality CRM platforms that sales teams can benefit greatly from. However, Zoho is able to tick off more boxes and is therefor the winner of this comparison. Zoho’s lead management features are way more advanced compared to that of Pipedrive’s, providing users with multiple ways to capture new leads. Zoho is also ahead when it comes to communication channels, able to offer more than just email and phone call features. Zoho is also more capable when it comes automations, thanks to Zia, its AI program. When it comes to value for money, Zoho wins again because you can avail of its more advanced plans for a cheaper price versus if you were to pay for Pipedrive’s higher plans.

📌 Which has better lead management, Pipedrive of Zoho?

Zoho is ahead of Pipedrive when it comes to lead management as it’s able to offer plenty of ways for you to capture new leads. It has, for example, a card scanner app that you can use to automatically store various leads’ information in one place. You can also integrate it with Twitter, Facebook, and LinkedIn and find new leads on those platforms.

📌 Which has more communication channels, Pipedrive or Zoho?

📌 Which has better automation capabilities, Pipedrive or Zoho?

Zoho has better automation capabilities, thanks to its AI program called Zia. With Zoho, you can automate pretty much all of your sales tasks.

📌 Which is more affordable, Pipedrive or Zoho?

Zoho is the more affordable option. You can avail of its more advanced plans for a cheaper price versus if you were to pay for Pipedrive’s higher plans.

RELATED  TubeBuddy vs VidIQ (2021): Which YouTube Tool Should You Get?