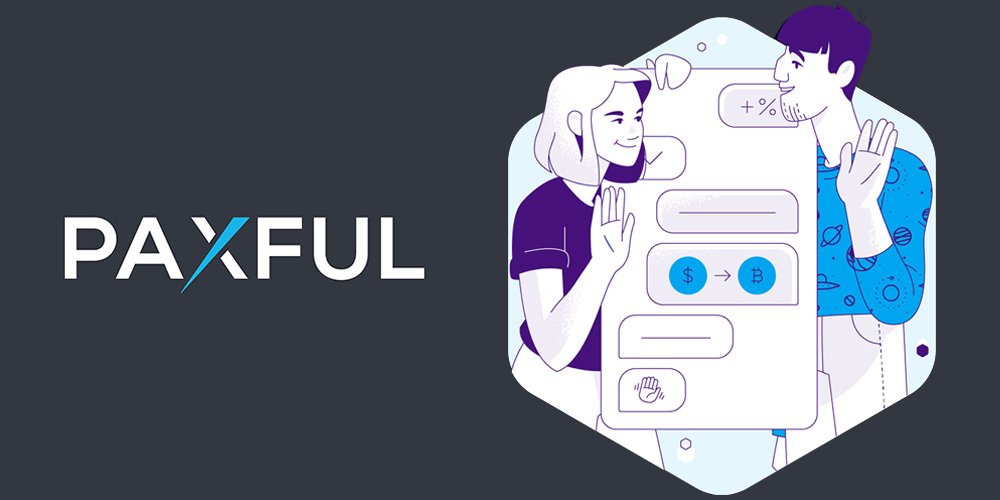 Peer-to-peer exchanges for Bitcoin provide greater privacy, control, and flexibility for users. One of the top P2P marketplaces today is Paxful, which has steadily grown to become the go-to portal for buying and selling Bitcoin thanks to its myriad accepted payment methods. If you’ve tried it and would like to check out other similar services, here are a few Paxful alternatives and competitors that are just as popular or are highly regarded by the community: LocalBitcoins, Bisq, LocalCoinSwap, and Hodl Hodl.

Over 300 ways to buy and sell crypto 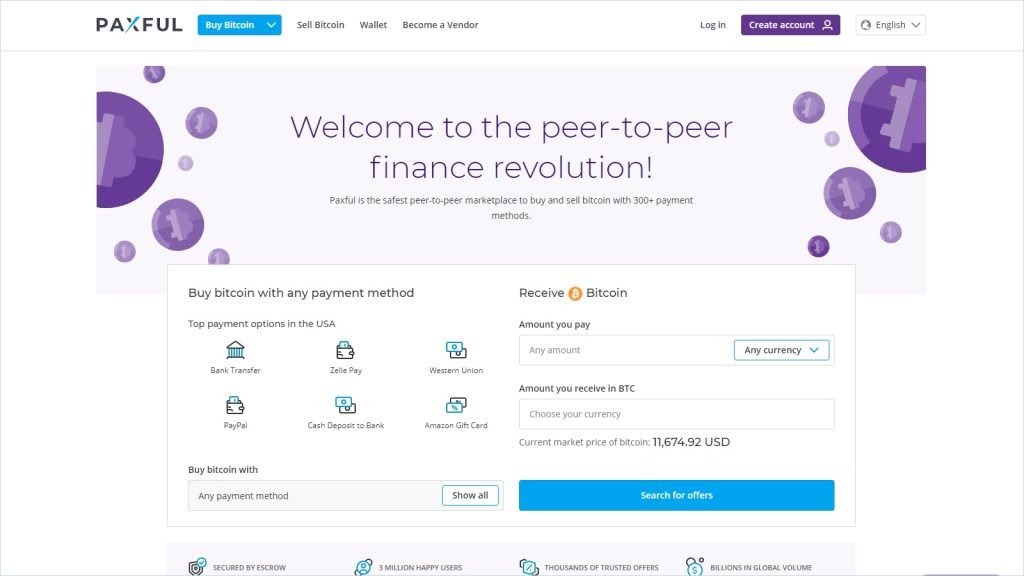 Previously called EasyBitz, Paxful gained immense popularity for its steadily expanding list of accepted payment methods. Its founders view Paxful as PayPal + Uber in giving users freedom to use their money as they wish. Paxful’s escrow feature and reputation system work hand-in-hand in enabling secure transactions so users and funds are protected. Moreover, buyers and sellers can remain anonymous up to a lifetime volume of $1,500, after which ID verification becomes required.

In case you aren’t familiar with how P2P marketplaces such as Paxful work, buyers and sellers can review listed offers for Bitcoin and conduct trades within the platform. Paxful brings these two parties together through a live chat, and initiating a trade will hold the seller’s Bitcoin or fiat into a secure escrow. Once the buyer’s payment has been confirmed, funds in the escrow are released, ensuring a safe transaction for all involved. 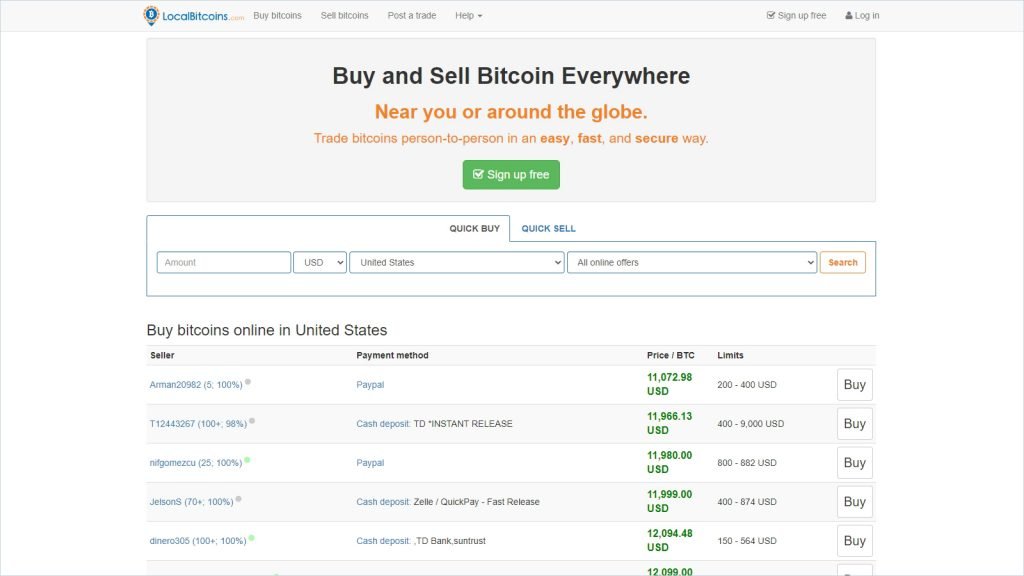 LocalBitcoins is one of the first ever peer-to-peer trading sites for Bitcoin. Users post advertisements with exchange rates and payment methods that other users can reply to. Funds are held in escrow so Bitcoins and funds are kept safe until the trade is successfully completed. It was especially prominent for allowing anonymous trading, since users didn’t need to verify their identities. Recent regulations in Finland, where LocalBitcoins is headquartered, have ended its decentralized status, however, as KYC compliance is now mandatory.

Still, LocalBitcoins remains a dominant P2P exchange thanks to its massive user base, tight spreads, and established name. Users can still complete buy and sell trades posted by others even without ID verification, though there’s an annual limit and you won’t receive an LBC internal wallet. Completing additional levels of verification will increase trading limits, unlock advertising and trade services, and get a more trustworthy profile to attract buyers/sellers.

There’s no fee to buy or sell Bitcoin on LBC, as it only charges fees from users who create advertisements, amounting to 1% per completed trade. Moving crypto to wallets outside of LocalBitcoins also net a sending fee, which varies depending on usage rate.

Bisq is a unique cryptocurrency exchange in being fully decentralized and non-custodial. After its founder stepped down, the Bisq DAO (Decentralized Autonomous Organization) has taken over, leaving the platform entirely in the hands of contributors. Unlike other web-based exchanges, Bisq is downloadable as an application for Windows, Mac, Ubuntu, etc., and as an open source program, you can also build it from source code. It requires no registration or identity verification, as users can trade using only the software client and connecting to Tor.

Those who prioritize privacy in their crypto trading will find Bisq a safe haven. Revenue from trading fees are distributed to contributors using its decentralized native token BSQ, which also grants discounts on said fees. However, the extra steps in trading and low number of users overall can make it difficult to trade large volumes of altcoins via the platform. Since there’s also no single governing body, support is practically non-existent and you’ll need to go through dispute resolution if your concern requires serious assistance. 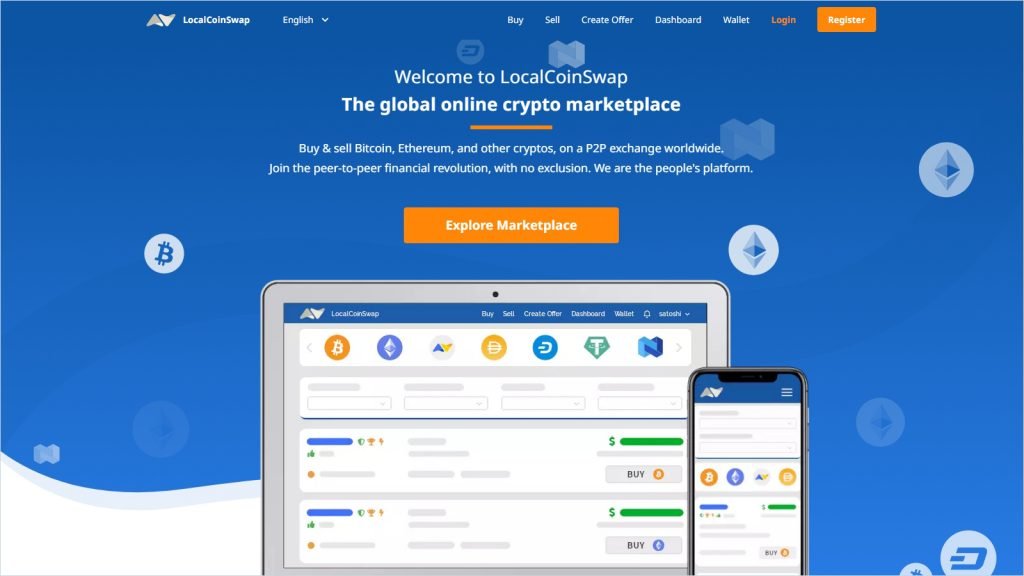 Heavily inspired by LocalBitcoins, LocalCoinSwap operates in a similar fashion, though it’s fully decentralized and multi-custodial. The key difference is LocalCoinSwap only requires an email address to register and begin trading on the platform; there’s no KYC verification necessary. You’ll be able to post your own offers or reply to other users’, filtering your search by location, coin, payment method, etc. There are over 250 accepted payment methods in LCS so you’re likely to find the ideal one for you.

As a multi-custodial exchange, you can choose whether to own your private keys or make faster trades using its secure escrow. LocalCoinSwap keeps 95% of deposited funds in cold storage so they’re safe from unauthorized parties while in the exchange. Completing trades allow users to give each other feedback to build trust profiles for future users to review.

LocalCoinSwap stands out from other similar P2P marketplaces as it distributes 100% of its profits back to its community, who are then allowed to vote in how it operates. LCS also prides itself in its quick response times to support tickets, ensuring trade issues are resolved smoothly. 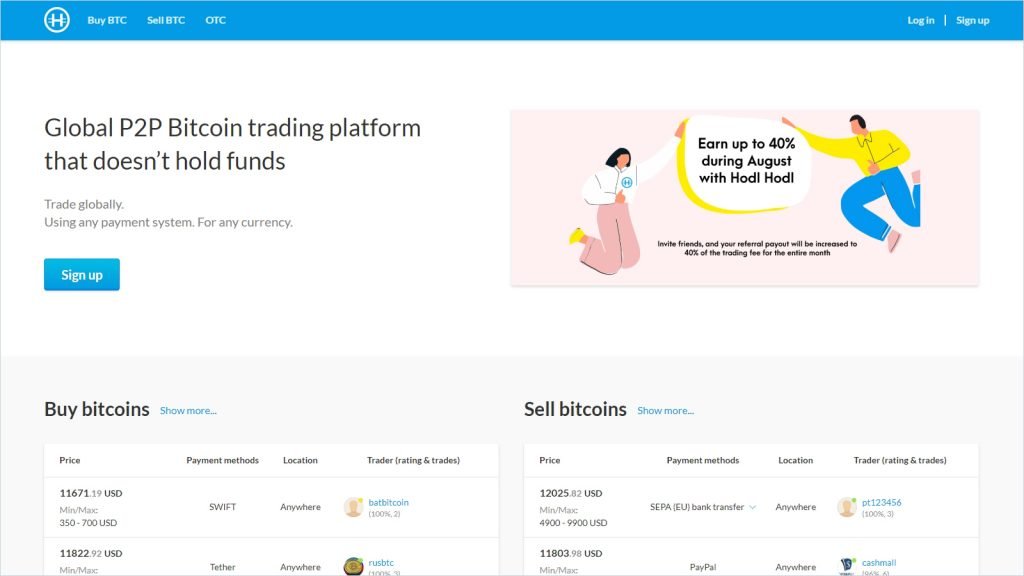 Hodl Hodl distinguishes itself from other P2P exchanges by allowing users to trade directly with each other’s wallets. It doesn’t hold any funds, making it undesirable for attacks. Instead, it locks funds to be traded in multi-sig escrow, which the seller deposits to and releases to complete trades. Because Hodl Hodl doesn’t hold any fiat or Bitcoin, it’s free from compliance requirements. Users can register and start trading without completing KYC verification. It also has lower trading fees than most other P2P platforms.

You can use nearly any payment system on Hodl Hodl to trade Bitcoin for any fiat currency. Since users trade directly through their wallets, it’s up to users to choose which fiat they’d like. However, Hodl Hodl only currently allows buying and selling Bitcoin and no other cryptocurrency. The multi-sig escrow is faster than other P2P exchanges which hold user funds, though, so trading can be completed in a few minutes if the selected payment method is instant.

LocalCoinSwap and Hodlhodl are our top Paxful alternatives and competitors.

Because the strengths of Paxful are its numerous payment methods, secure P2P trading, and non-required KYC, we deem LocalCoinSwap and Hodlhodl to be the top alternative platforms you should check out. Both allow users to find offers from buyers and sellers that match their desired exchange rates and payment methods while ensuring the safety of funds. You won’t need to verify your identity first and can start looking up or posting offers as soon as you register.

📌 What happened to LocalBitcoins?

Due to increasing pressure from regulations in its home country, LocalBitcoins have made significant changes that have resulted in lower user numbers. Most notably, LBC banned in-person cash trading from the platform as well as required ID verification for all users.

Yes, Bisq is a secure decentralized trading platform for anonymous crypto trading. It’s not under direct control by a single governing body but is instead self-sustaining through contributors and traders who are also part of any decision-making for the project.

📌 Can I trade crypto-to-crypto on LocalCoinSwap?

Yes, you can, though only for selected cryptocurrencies. These include Bitcoin, Bitcoin Cash, Ethereum, Dash, Tether, and TrueUSD.

📌 How secure is trading on Hodl Hodl?

During a trade in Hodl Hodl, the seller’s funds are locked in multisig escrow, and not kept in the exchange itself. Releasing these funds require two keys from either the buyer, seller, or Hodl Hodl’s key. This protects all parties from potential scamming.

RELATED  Coinbase vs Exodus (2021): Which Crypto Wallet Is For You?