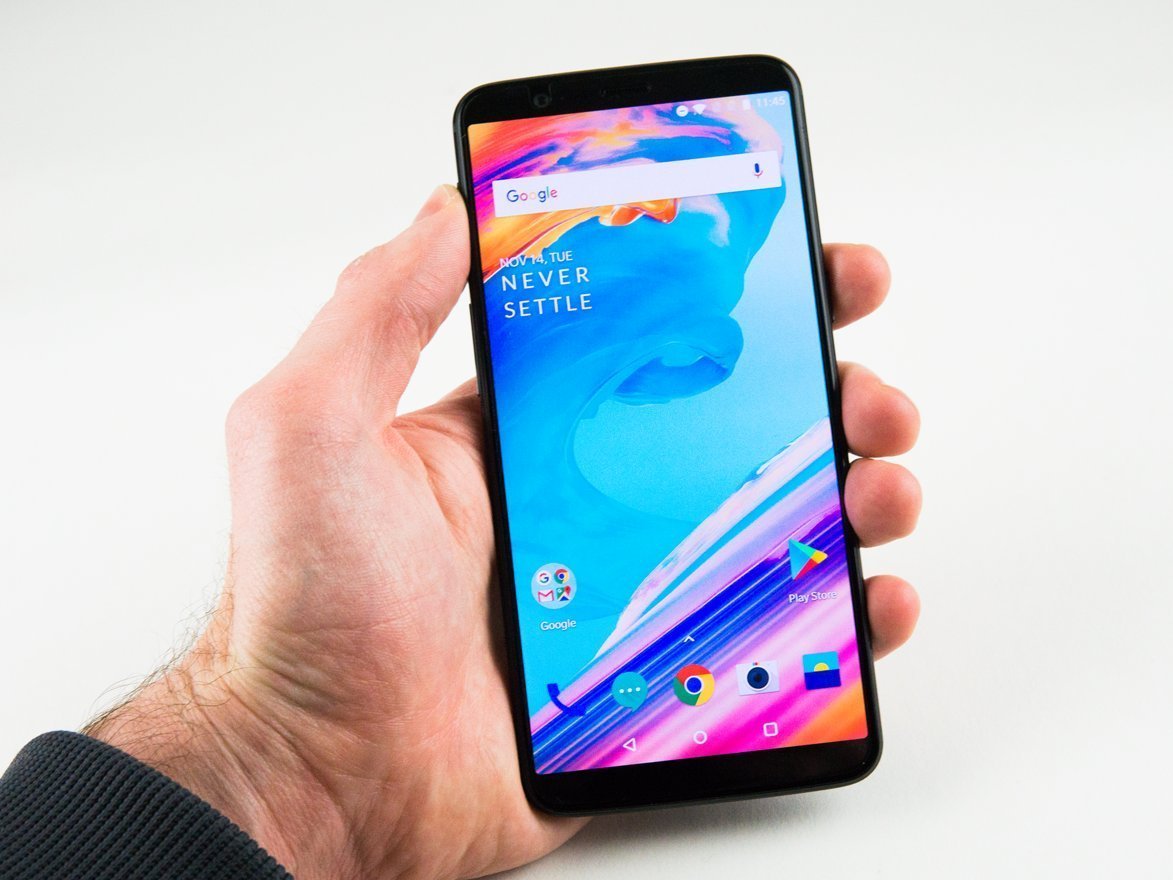 OnePlus has garnered a reputation of producing ‘flagship killers’ which are designed to compete with the latest handsets of big-name rivals including Apple. This time around, the Chinese brand has released the OnePlus 5T to counter the highly-praised iPhone X. In this comparison, we’re looking at whether this mid-range phone with quality specs is truly a worthy contender to the gem of Apple’s handheld devices.

Although the OnePlus5T looks generic compared to the iPhone X, it offers faster face authentication.

Unlike the OnePlus 5 before it, the 5T has the fingerprint scanner on the back of the device in favor of a larger-screen design on the front. It does keep the same unibody aluminum shell resulting in a generic look found in many other mid-range handsets. The iPhone X has a more distinct all-glass design with a metal frame that provides IP67 waterproof protection.

The Touch ID sensor on the iPhone X was also exchanged for narrower screen bezels. Rather than place it on the rear like the OnePlus 5T, the iPhone forewent the scanner for Face ID technology that beams 30,000 infrared dots on your face. The 5T has a similar Face Unlock utilizing the front camera and over 100 unique identifiers. It’s not as accurate as the Face ID but it’s reported to be faster.

The iPhone X has a smaller screen than the OnePlus 5T but it provides a crisper and more balanced display.

The 6-inch optic AMOLED on the OnePlus 5T is certainly bigger than the 5.8-inch OLED on the iPhone X. It has a decent 2160×1080 screen resolution and 401ppi pixel density. However, this fails to match the 2436×1125 and 458ppi Super Retina on the iPhone. The 5T doesn’t have the signature Apple notch that takes up screen space though.

Both the OnePlus 5T and iPhone X have software features for comfortable viewing as well. The iPhone X has the Apple TrueTone which adapts to the surroundings and adjusts the white balance accordingly. Meanwhile, the 5T has Sunlight Display that facilitates better viewing experience by adapting to harsh light.

The OnePlus 5T has a hefty RAM but the iPhone X carries a higher-performing chipset.

The OnePlus 5T comes with the 10nm Snapdragon 835 CPU. This is up to par with the Android flagships that were released during the same time. This powerful Qualcomm processor is paired with a hefty 6GB RAM, with the option for an 8GB RAM version at a higher price.

The iPhone X has optical zoom but the OnePlus 5T packs a 16-megapixel front camera.

Omitting the telephoto lens in the OnePlus 5, the 5T replaces it with a wide-angle 20-megapixel lens paired with its 16-megapixel standard lens. Both sensors have slightly larger apertures than the iPhone X at f/1.7 allowing for improved low-light photography. Another added feature is Intelligent Pixel Technology for enhancing clarity and reducing noise in indoor shots.

Like its predecessors, the iPhone X also has a dual-camera system. It combines two 12-megapixel lenses that come with 2x optical zoom. The secondary camera is a telephoto lens with shallow focus and narrow field of view making it perfect for portraits. The OnePlus 5T has a nicer front-facing camera with a 16-megapixel sensor, however, making for better self-taken portraits.

The OnePlus 5T outlasts the average mobile phone as well as the iPhone X.

The OnePlus 5T comes with the same 3,330 mAh battery as its predecessor, which lasts for an entire day. A nifty feature is Dash Charge support that recharges the battery up to 59 percent in only 30 minutes and up to 93 percent in an hour.

Fast charging support is also available for the iPhone X but the Lightning cable and adapter have to be purchased separately. It cannot recharge as fast as the OnePlus 5T even with these, however. The iPhone supports wireless charging too but, again, at an additional cost.

With a sharper display, a more powerful chipset and other features that are a cut above the rest, the flagship iPhone X is still the better handset over the mid-ranged OnePlus 5T.

The OnePlus 5T is a fantastic smartphone with a nice dual-camera system and long-lasting battery. But then, it doesn’t represent any groundbreaking technology to prompt users to shift to Android from iOS. The iPhone X has future-proof hardware giving top-tier performance along with a crisp screen display.