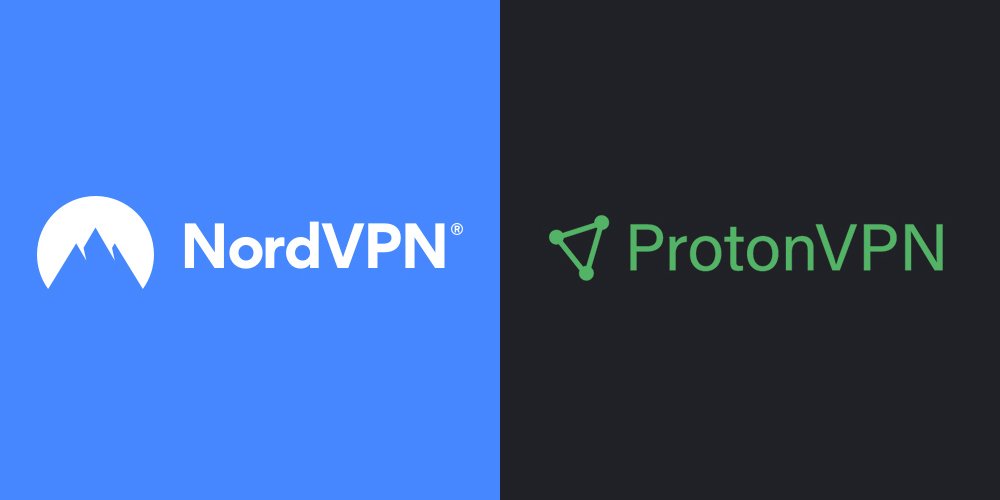 Security and privacy are at the heart of ProtonVPN, a strong advocate for online freedom. While its modest network size looks underwhelming against a giant like NordVPN, ProtonVPN can certainly hold its own in providing secure and private connections to its users. Meanwhile, NordVPN sits at the peaks of many best VPN lists, a well-deserved spot due to its powerful performance and amazing pricing. We compare these two VPNs on all fronts below to help you decide which one can best match your needs.

NordVPN has an ad blocker while ProtonVPN lets you create connection profiles. 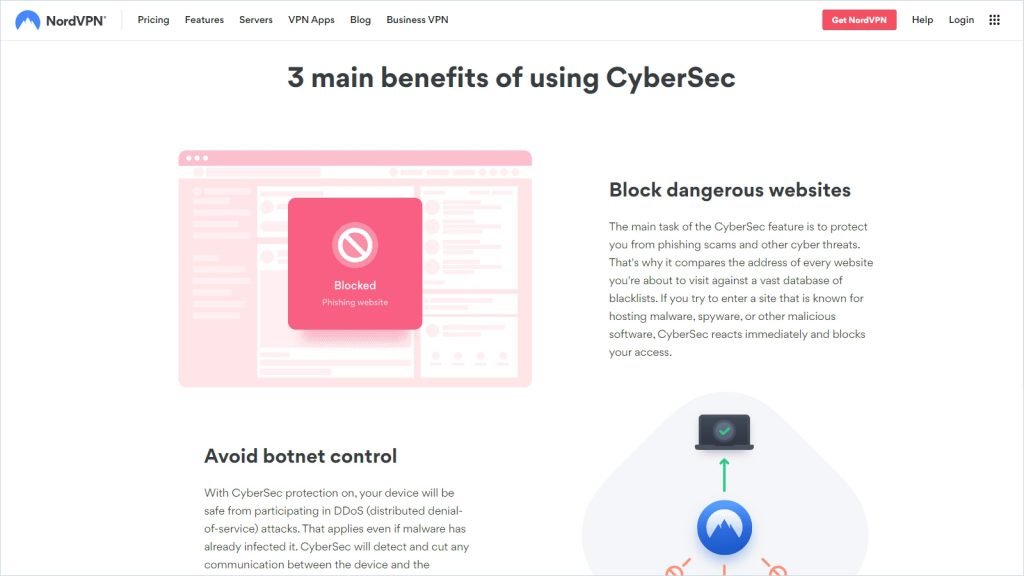 Interestingly, NordVPN and ProtonVPN have similar app designs, displaying a list of servers and settings on the left and a global map of server locations on the right. This lets you select which server to connect to either from a list or from the map, which can indicate physical distance between you and the server. You can see server load information so you can avoid overcrowded servers, but that’s going to be easier with the sheer numbers of NordVPN servers.

NordVPN provides a slightly more in-depth server list since it separates its specialty servers. However, ProtonVPN has a second tab for profiles, which allows you to configure and save a specific connection with selected protocols, country, and server. This makes it easy for advanced users who use different types of VPN connections for different activities. NordVPN and other top VPNs do not have a similar feature.

Navigating the settings for both VPN apps might feel easier on ProtonVPN, too, since it divides them into General, Connection, and Advanced. Meanwhile, NordVPN’s settings are listed in a single tab. Still, it has something that ProtonVPN doesn’t, which is CyberSec. It’s an ad and malware blocker that you can simply turn on to protect yourself from malicious threats and hide annoying ads.

You’ll find native apps for all major operating systems and mobile devices from both VPNs. NordVPN has browser extensions for Chrome, Firefox, though, which can effectively be used for split tunneling browser traffic. You can further set up either VPNs on a compatible router, which allows you to get around the maximum device connections limit. Note that while NordVPN seems to allow fewer simultaneous devices at 6, ProtonVPN’s 10 device limit is only available on the more expensive Visionary plan. Its standard Plus plan only allows up to 5 devices.

NordVPN is faster and has more servers than ProtonVPN. 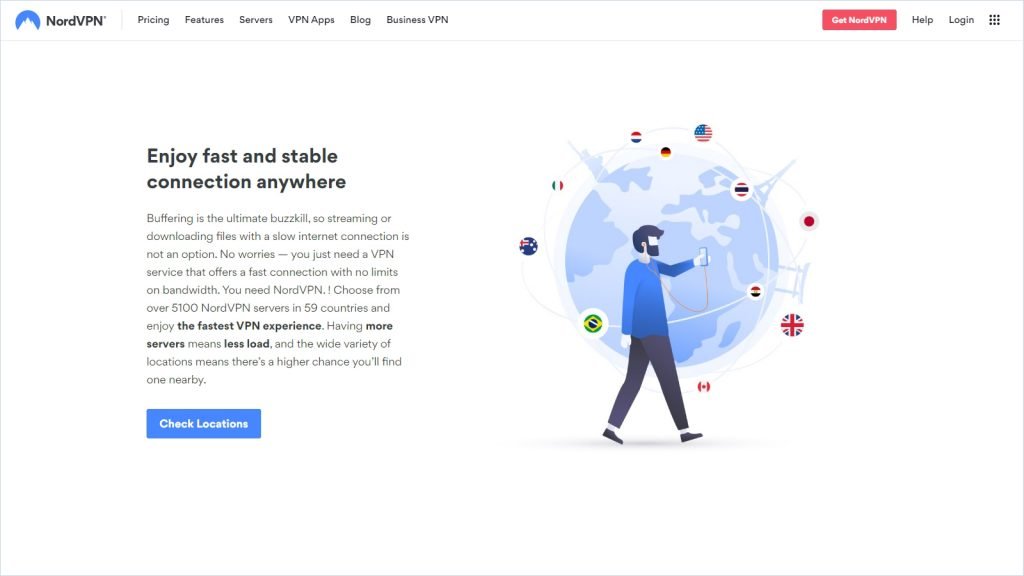 As mentioned earlier, NordVPN is one of the giants in the VPN industry, with more than 5,000 servers in around 59 countries. You’re more likely to find an uncrowded server with such a huge list, and they are numerous specialty servers, too. In comparison, ProtonVPN’s 900 servers in 50 countries seems quite tiny, even though it has been steadily expanding. To be fair, NordVPN’s network size has grown due to its millions of users, so it may need that many just to deliver acceptable connection speeds.

Which is why it’s even more amazing that NordVPN is as fast as it is. You’ll consistently get faster speeds on NordVPN compared to ProtonVPN, whether the server is the closest one to your location or when you’re connecting to one an ocean away. ProtonVPN is by no means simply slow; it just isn’t impressive when comparing it to NordVPN. Furthermore, NordVPN has developed NordLynx, a protocol based on WireGuard promising even faster speeds.

Streaming using NordVPN is more effective if you’re looking to access geo-restricted libraries. NordVPN continues to be reliable in unblocking Netflix in numerous regions thanks to its SmartPlay feature. This smart DNS proxy auto-deploys whenever you try to use a streaming platform while connected to a different country, making it hassle-free, no settings changes required. Unfortunately, the same can’t be said for ProtonVPN, who themselves confirm that it may not always work. You’ll often have trouble unlocking Netflix and other streaming services in other regions, so it’s not particularly a good choice if you want a VPN for streaming.

Among NordVPN’s specialty servers are optimized P2P servers for torrenting. There are over 4,000 such servers in 40+ countries within NordVPN’s network, which once again dwarfs ProtonVPN’s 70+ in 4 countries. In addition, NordVPN’s obfuscated servers lets you bypass censorship in strict countries like China and Iran, whereas ProtonVPN will struggle to work in these regions. 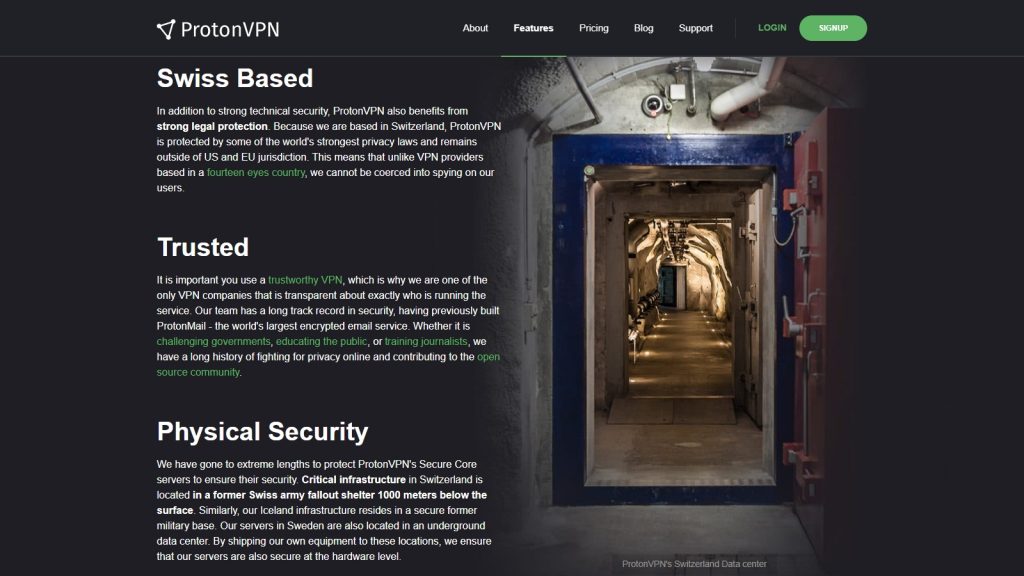 To clarify, both NordVPN and ProtonVPN have outstanding security credentials and privacy features. They’re based in privacy-friendly countries that aren’t part of the 5/9/14 Eyes surveillance agreements. In addition, they implement strict no-logs policies that have been independently verified by third party auditors. Both use the strongest encryption available, AES-256; however, ProtonVPN uses 4096-bit RSA keys for authentication while NordVPN uses the 2048-bit version. Moreover, ProtonVPN has made all of its apps open source, providing next-level transparency and accountability.

ProtonVPN, which is made by the same experts behind the world’s largest secure email service, Protonmail, simply prioritizes security first for its services. As such, it’s one of the most trusted VPN providers and a clear top choice for those who want their online privacy utterly protected. It offers Secure Core servers in Switzerland, Sweden, and Iceland to shield users from network-based attacks, routing traffic through several hops so your IP can’t be traced.

Like NordVPN and other top providers, ProtonVPN has an automatic kill switch along with an Always-on feature to ensure you’re always and only connected via secure VPN. It also has integrated Tor support for even better anonymity, letting you access Onion sites with one click. NordVPN provides similar functionality with its Onion over VPN and Double VPN servers. Both are also very effective in ensuring DNS and IPv6 leak protection.

NordVPN is more affordable but ProtonVPN has a free version. 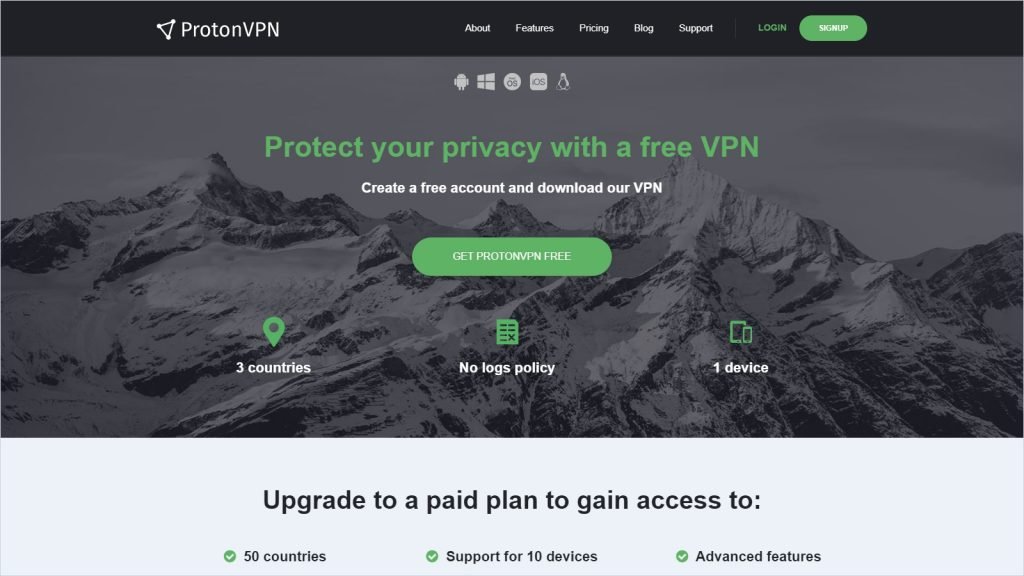 While ProtonVPN’s monthly cost is lower, it’s only available on an annual plan. In which case, NordVPN’s 1-year plan becomes much cheaper, instantly making it the more affordable VPN. Moreover, you get bigger discounts by opting for the 2 or 3 year plans. It’s tough to recommend ProtonVPN’s annual plan when it costs roughly as much as NordVPN’s 2-year subscription. Both offer 30-day money-back guarantees so you can try them out and get a refund if they don’t meet your expectations.

Unlike most premium VPNs, ProtonVPN offers a free version as well as an extra tier. Its Free plan lets you connect one device to medium-speed servers in 3 countries (US, Netherlands, and Japan). It’s another way to try out the security offered by ProtonVPN, though it has limited features: no P2P, secure streaming, access to specialty servers, etc. Aside from the standard Plus plan, ProtonVPN also offers a more expensive Visionary tier that comes with Protonmail Visionary.

NordVPN support easily beats ProtonVPN’s, thanks to its 24/7 live chat support. ProtonVPN doesn’t offer any live chat support, only an email ticketing system via a form on their website. Furthermore, its knowledge base feels shallow and generic compared to NordVPN’s deep resource center which contains tutorials, video guides, and FAQs.

NordVPN is simply better than ProtonVPN.

Security-focused with a stellar track record

In nearly every category, NordVPN comes out on top of ProtonVPN. It has a much wider and diverse global server network, capable of faster connection speeds without compromising on security and privacy. Plus, it’s excellent at unblocking geo-restricted streaming libraries as well as enabling P2P sharing. You can expect more accessible customer support, and perhaps even more impressively, you can get all of these incredible features and performance at a much lower cost.

There’s one area where ProtonVPN absolutely shines, as it’s the company’s utmost priority. If you want a totally secure VPN that guarantees online privacy, ProtonVPN should top your shortlist. It’s created and managed by trusted professionals behind the secure email service Protonmail, and so far it has a sterling reputation and transparency. With open-source apps, fully audited code, Secure Core servers, and the best security protocols, you’ll be hard-pressed to find another VPN as indomitable as ProtonVPN.

Yes, ProtonVPN is one of the most secure VPN providers today. It uses AES-256 and 4096-bit RSA key exchange to encrypt online traffic, the best encryption standards available. Moreover, ProtonVPN is open source, so all of its apps are heavily scrutinized for possible issues. The company implements a no-logs policy that’s been verified by a third-party audit.

📌 Is ProtonVPN a virus?

No, it’s most definitely not. Ensure that you’ve only downloaded ProtonVPN apps from its official website. Some anti-virus software may find a false positive when ProtonVPN updates to a new version. ProtonVPN usually notifies such vendors before releasing the new version, though some might be slower at whitelisting the application or were unable to be notified.

📌 Is ProtonVPN good for Netflix?

No, we don’t recommend ProtonVPN if you want a VPN that’s effective at unblocking Netflix. Though it can get past some geo-restrictions, it isn’t always able to do so with any regularity. More importantly, there are other VPNs that are better for streaming, such as NordVPN and ExpressVPN.

📌 Does ProtonVPN have a kill switch?

ProtonVPN’s apps either have the Kill Switch or Always-On feature. The Kill Switch will block traffic in case the VPN connection drops while the Always-on feature quickly reestablishes a secure VPN connection in such a case. ProtonVPN’s kill switch is available on all versions except for iOS and Android. The iOS app has Always-on permanently enabled while Android users will need to manually turn it on.

RELATED  Identity Guard vs Experian (2022): Which Identity Theft Protection Service Should You Get?