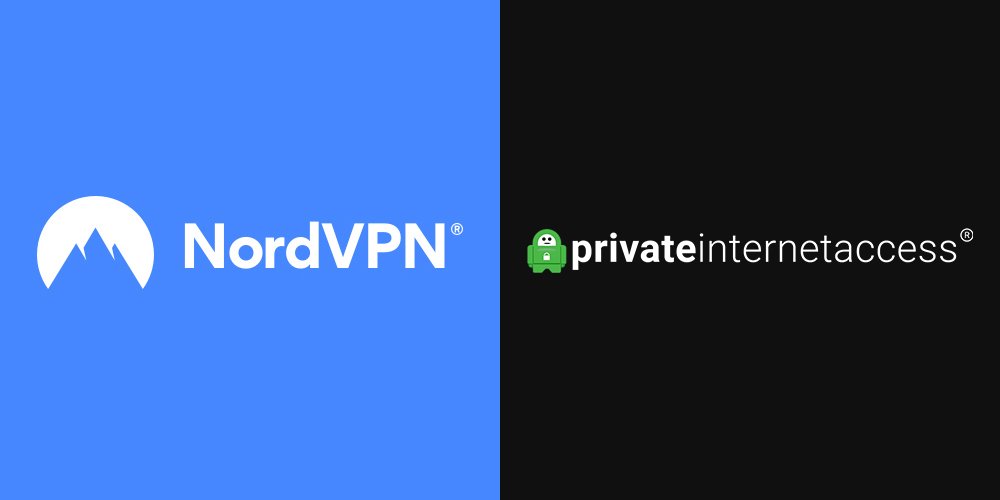 As two of the biggest names in the VPN industry, NordVPN and Private Internet Access or PIA offer large global server networks, fast connection speeds, and steadfast security. Both have proven to uphold their strict no-logs policies, making them trustworthy VPNs for online privacy. However, with differing features and capabilities, there should be a clear choice that will match your VPN needs. Here’s our comparison between NordVPN and PIA. 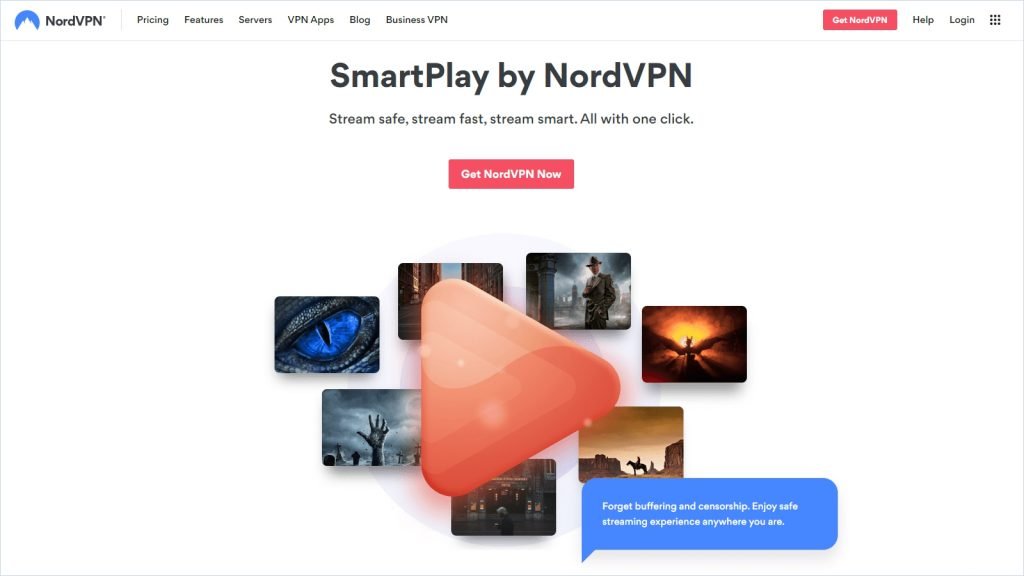 If you’re after a VPN specifically to unblock streaming platforms, NordVPN is easily the better pick. Its SmartPlay feature has proven to be reliable at unlocking Netflix libraries in numerous regions and it also works for Amazon Prime Video, BBC iPlayer, Hulu, and Disney+. Moreover, NordVPN’s fast connections let you stream in UHD even when connected to a far-away server. In comparison, Private Internet Access only unlocks Netflix, and not always for that matter. You can try asking for assistance from their support team, but it’s an extra step with no certainty of working.

Both NordVPN and PIA have native apps for all major operating systems and can be set up on routers, too. As long as your router is compatible, you can install either VPN on it to get around their simultaneous connection limits and protect all devices connecting via that router. PIA allows more devices than NordVPN, 10 to 6, respectively, so you can connect more with PIA if you don’t want to mess with your router.

Private Internet Access have slightly better looking and more user-friendly apps than NordVPN. Its desktop and mobile apps have a compact design with theme selections. It looks nice with the Dark theme enabled, while NordVPN only has a single theme and a layout that takes up a lot of screen real estate. NordVPN also presents all of its settings in one long list, whereas PIA thoughtfully separates them into six groups. However, NordVPN does make its specialty servers easy to find with their own tabs in the server list.

You can say goodbye to pesky ads and protect yourself from malware with NordVPN’s CyberSec and PIA’s MACE. They also kill switches that automatically cut off Internet traffic if the VPN connection goes down. NordVPN has an extra kill switch for specific apps, though, so you can choose which applications will use the feature.

NordVPN is faster and has more servers than PIA. 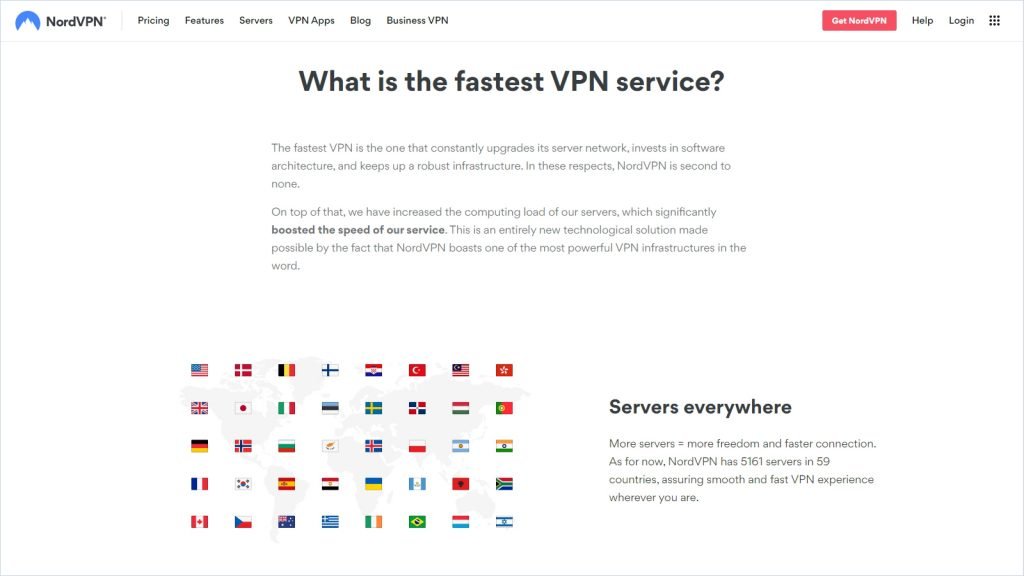 VPN connections are naturally slower due to the encryption process that keeps your traffic safe and secure. There are a number of other factors that impact connection speeds of VPN tunnels, but other than your ISP’s speed, the rest depends on the VPN you select. Which is why it’s impressive how consistently fast NordVPN is; you can expect the lowest speed reductions even as you connect to servers halfway across the world.

In almost every server location/country we tested, NordVPN posts faster connection speeds than Private Internet Access. PIA is quite impressive when connecting to servers close to your location, though, but it struggles a lot more on long-distance VPN tunnels. Aside from this, NordVPN outnumbers PIA in terms of server counts and locations. NordVPN doesn’t use virtual locations either, so it really covers more countries, and with more than 5,000 servers, it’ll be easier to find less crowded ones for optimal speeds.

PIA’s server counts have been fluctuating recently from 3,300+ to 2,700+, though its list of countries have been increasing from 30+ to almost 50. These are impressive numbers compared against other VPNs, but NordVPN is simply one of the biggest providers today. In addition, NordVPN has specialty servers for P2P, double IP, Onion over VPN, and added obfuscation. Furthermore, you can purchase a dedicated IP that lets you access servers optimized for it.

NordVPN has another advantage over PIA when it comes to torrenting performance. Both allow P2P activity although NordVPN makes it more efficient by grouping P2P servers in their own tab in the app. This way you can select one from the get-go, and even if you’re connected to a non-P2P server, the app will automatically reconnect you to one if it detects torrent traffic. On the other hand, PIA doesn’t list its P2P-optimized servers, so you’ll get rerouted if it sees P2P traffic, resulting in slower speeds due to double-hopping.

NordVPN has security options not available on PIA. 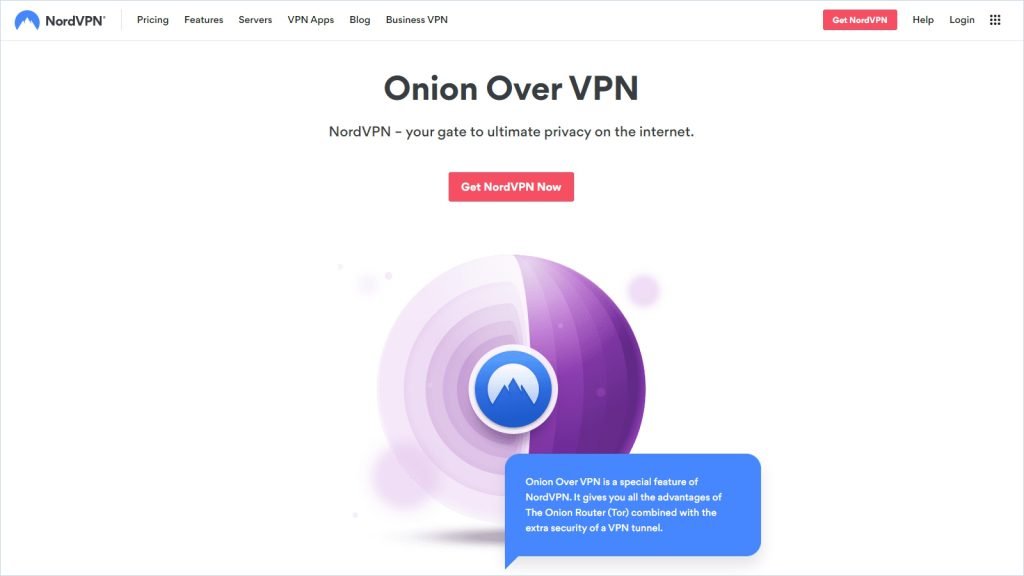 NordVPN and PIA both have excellent security to ensure your online traffic is unreadable to unwanted third parties. They use the strongest encryption available, AES-256, along with 2048-bit RSA key exchange, though PIA lets you switch to AES-128 to improve speeds. Both also support OpenVPN and IKEv2/IPSec protocols, which are considered the best for performance and security. They’re tested and confirmed to prevent IP and DNS leaks, too.

As earlier mentioned, NordVPN and PIA have proven that their no-logs policies aren’t empty promises. NordVPN has completed an independent audit by PricewaterhouseCoopers which verified this along with the company’s infrastructure security. Though it did suffer a single server breach in 2019, there was no user information found and other servers weren’t compromised. More importantly, NordVPN is based in Panama, a privacy-friendly country that doesn’t require mandatory user data storage.

On the other hand, Private Internet Access has an even cleaner record, as the FBI have twice requested user information pertaining to investigations and both times PIA had no data to give them. This is both surprising and welcome news, especially since PIA is based in the US which has heavy online surveillance. It can make you pause, though, since the US is part of the 5/9/14 Eyes and have forced other VPNs to comply on other occasions. Moreover, PIA has a strict DMCA policy as a result, so be aware of that if you’re going to use it for torrenting.

NordVPN shines when used to bypass censorship, as its obfuscated servers and obfuscation mode can let you get past strict Internet firewalls like that of China. While most VPNs have trouble allowing access to restricted sites while inside countries like China, Iran, UAE, etc., NordVPN can hide your traffic as well as the fact that you’re using a VPN. PIA can achieve something similar with manual settings, but even then it’s unable to bust through China’s walls.

PIA is more affordable than NordVPN. 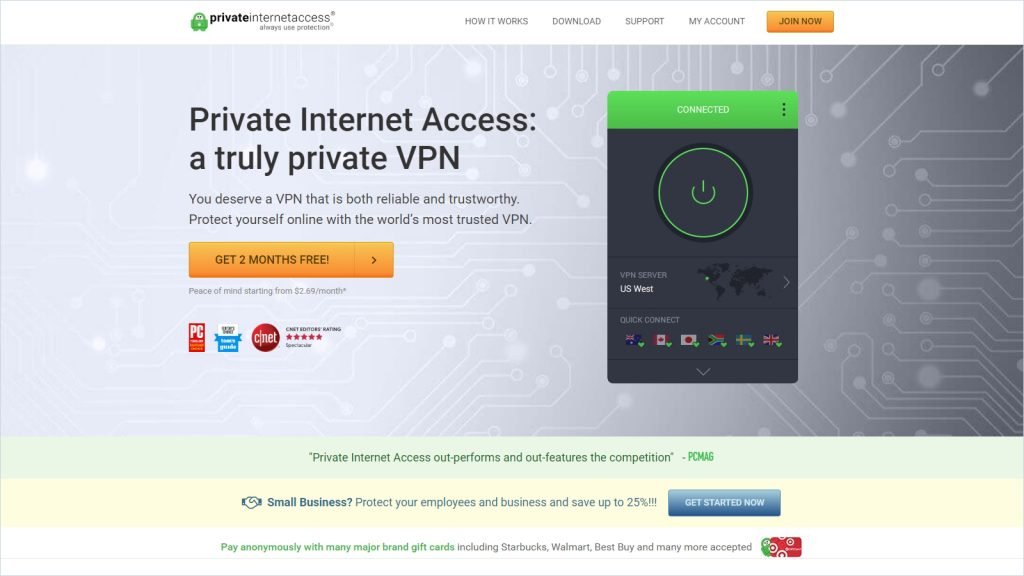 Private Internet Access is considerably cheaper than NordVPN across the board. PIA has a lower monthly cost than NordVPN and even bigger savings if you choose its 1 or 2 year plan. In fact, NordVPN’s 1- and 2-year subscriptions cost twice as much as PIA’s, and PIA adds an extra two free months on their 2-year plan to sweeten the deal. However, NordVPN has some parity when comparing its 3-year plan to paying for PIA’s annual plan three times, so you get a nice long-term option for it.

Note that VPNs usually run different promotions numerous times in a year, and these comparisons reflect their current promos at the time of writing. Previously, PIA’s monthly rates and annual plans cost much higher than they are today. Both VPNs offer a 30-day money-back guarantee in case you find their services unsatisfactory. You have the option of paying via credit cards or other privacy-friendly methods such as Bitcoin, other cryptocurrency, and gift cards.

If you need customer support, NordVPN’s live chat is available 24/7 and you’ll hardly wait long for an agent to jump in the chat to answer your concerns. They also have an email ticketing system as well as knowledge base filled with in-depth tutorials and video guides. In comparison, PIA has only recently added live chat to its support and users had to make do with their email tickets for a while. NordVPN is a bit quicker at responding, though PIA’s resource center is bigger and deeper.

NordVPN is more powerful than PIA.

NordVPN is a true global VPN giant that provides the fastest connection speeds and toughest security for users who deserve total online privacy. It’s more effective at enabling streaming and torrenting activities, two of the most popular uses of VPNs, and its larger server network ensures consistent and stable speeds along with wider reach. You’ll also get access to extra security and privacy options such as Double IP and Onion over VPN, plus support is excellent, too.

Meanwhile, Private Internet Access remains an outstanding alternative due to its affordable plans and impressive local speeds. PIA has one of the biggest networks with P2P friendly servers, though it struggles with unblocking streaming services. Nevertheless, it’s proven to store no logs of user activity so it continues to be a trustworthy choice for online privacy.

📌 Is NordVPN better than PIA?

For the most part, yes, we’d recommend NordVPN over PIA. NordVPN has more servers in more countries than Private Internet Access, and its connections are faster on average especially to overseas locations. In addition, it’s more effective at unblocking Netflix and other streaming platforms while also offering advanced privacy options such as Onion over VPN and obfuscated servers.

Yes, Private Internet Access remains a solid VPN provider as it combines low costs with a trustworthy reputation. Its no-logs policy has been put to the test twice and both times PIA had no user data to share with federal authorities. It also has one of the biggest networks of servers and locations around the world, which are P2P-friendly and uses military-grade encryption.

📌 Which PIA server is fastest?

The PIA server that will be fastest for you is almost always the one physically closest to your location. Tweaking settings such as using OpenVPN and AES-128 (instead of AES-256) will also positively impact connection speed.

📌 Is NordVPN worth the money?

Yes, NordVPN is well worth the extra dollar or so compared to other VPNs due to its impressive performance. It posts excellent speeds on average and is very reliable at unlocking Netflix libraries in other regions. Moreover, its multi-year plans can be more affordable than those from other premium VPNs of comparable size.

RELATED  Identity Guard vs IdentityForce (2021): Which Identity Protection Service Should You Trust?