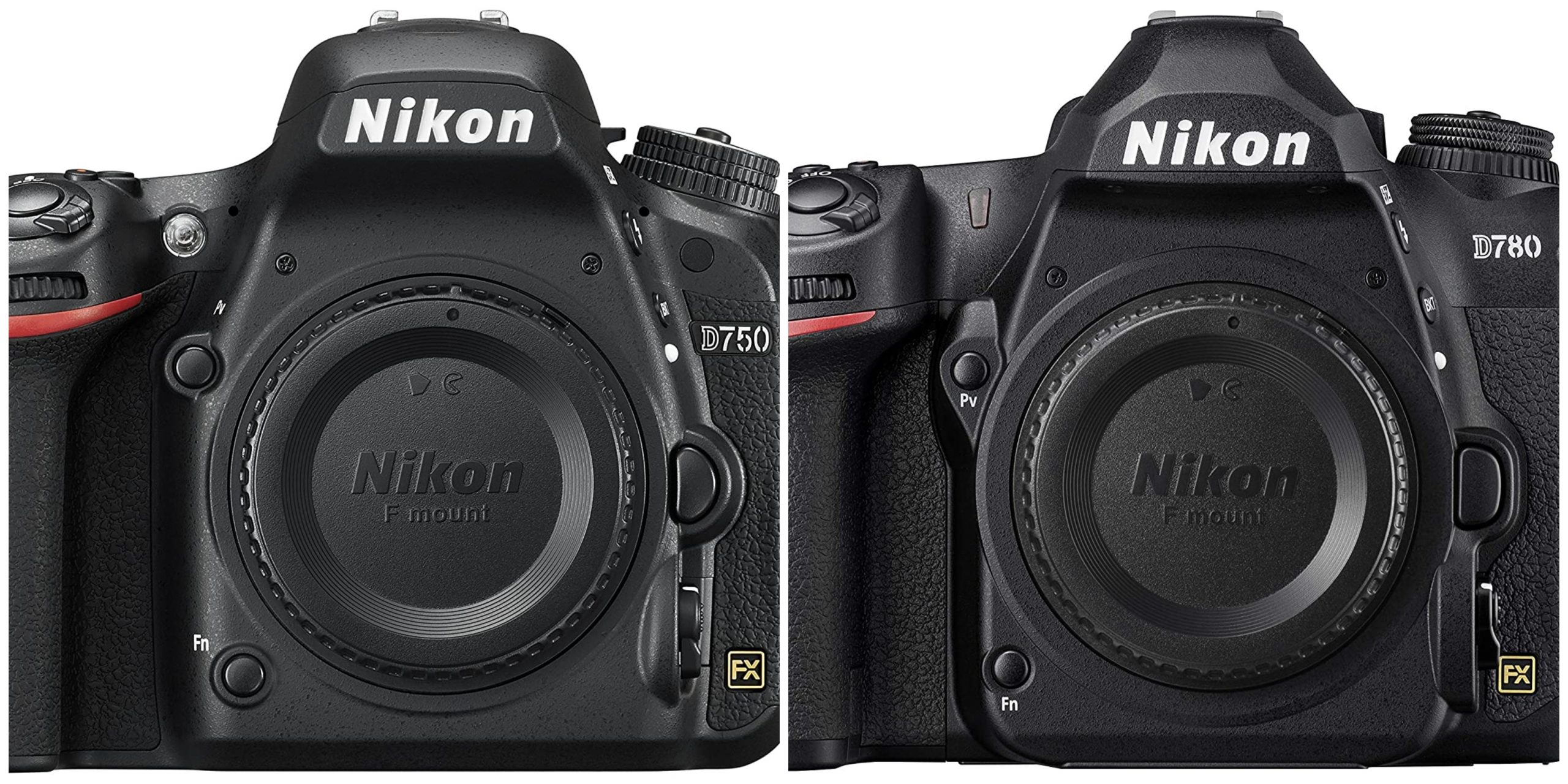 In the fast-paced world of cameras, many might consider the 6-year-old Nikon D750 ancient history. It can’t be denied, however, that it remains a highly capable DSLR model that can satisfy the needs of budding amateurs. A more advanced option compared to APS-C sensor DSLRs, the Nikon D750 gives its users the amazing experience of full-frame photography without burdening their wallets too much. It’s especially affordable now, given that it’s been around for quite a while and many attractive deals have popped up out there.

While there’s nothing wrong with the Nikon D750, there are those who have been wanting an upgrade and the answer to that is the new Nikon D780. It definitely looks great on paper, boasting of slightly better resolution, a wider ISO range, a newer generation image processor, and a more reliable battery life among other features. But are these improvements worthy enough of a splurge, considering that the Nikon D750 is already a full-frame camera and one you can get for cheaper? If you can’t decide between these two just yet, we’re here to help by giving you an in-depth look at their key differences.

When it comes to sensor size, the D750 and the D780 are both full-frame models, meaning they’re a step ahead of APS-C sensor DSLRs and are at par with traditional 35mm film cameras in terms of image quality. That said, the D780 is slightly ahead of its predecessor if we’re talking about photo resolution, offering 24.5MP versus the 24.3MP of the D750. So if you want photos that can be blown up into billboards, the D780 might be the better pick. Otherwise, it’s a marginal difference that even the most careful of eyes might not be able to catch.

A more significant improvement that the D780 has over the D750 is the fact that it is equipped with a new BSI sensor with a dual-grain structure. This allows users to experience a much wider ISO range, one that can extend to a maximum of 204,800. That’s two whole notches more than what the D750 can offer, whose ISO limit is at 51,200. Given that they’re both full-frame DSLRs, you can expect them to perform well in low-light surroundings but the D780 can definitely produce better results.

The D780 is also equipped with an EXPEED 6 processor, a noteworthy upgrade from the D750’s EXPEED 4. Thanks to this enhancement, D780 users get to enjoy less noise in their photos, faster frame rates when shooting videos, as well as face and eye detection when using autofocus.

The D780, able to shoot at 4K, outshines the D750 when it comes to video resolution.

If we were back in 2014, 1080p video recording would have been impressive. But these days, especially for the professionals out there, 4K is where the money is at. We’re living in a world where it’s the new standard and anything below it might seem outdated. That’s where the D780 outshines the D750 the most, able to shoot 8-bit 4K videos at 24 or 30 fps internally. It’s also able to shoot at 10-bit with the use of an external HDMI recorder. This makes it the much better pick for videographers whose work hinges on top-notch resolution. The D780 also has a longer recording limit at 30 minutes, something that the pros would definitely appreciate as well.

As for the amateurs who don’t care so much for specs, the D750’s FullHD video recording capabilities will be just fine. The camera comes with stereo microphone and headphone ports, plus the built-in microphone is able to cancel out wind noises, giving users plenty of options when it comes to audio. And just like the D780, the D750 is equipped with a tilting LCD screen which can come in handy when you’re shooting videos from different angles. These little perks will be more than enough for those who simply want to capture important moments through high-quality videos.

The D780 wins over the D750 with its faster shutter speed and longer shutter time.

Even for 2014 standards, the D750 leaves one wanting more when it comes to shooting performance. It limits users to a maximum shutter speed of 1/4000, which is pretty mediocre for a full-frame DSLR. Fortunately, the D780 has the same shutter mechanism as the pro model D850, meaning it won’t leave anyone feeling disappointed. With a maximum shutter speed of 1/8000, you can shoot fast-moving subjects with much ease as well as take photos in extremely bright surroundings without any trouble. If you’re a professional sports of wildlife photographer, you know exactly which model is for you.

Those who love long exposure shots would also be a lot happier with the D780 because it can hold its shutter open for an impressively long time. Without going into bulb mode, its shutter can stay ajar for a whopping 15 minutes which seems like an eternity compared to the D750’s 30 seconds. This allows professionals such as astrophotographers and landscape photographers to get creative and really tell a story through their captured images.

In the aspect of burst shooting, there isn’t much of a difference between the two. The D780 offers a capture speed of 7fps but the D750 isn’t that far behind at 6.5fps. The former can, however, bump it up to 12fps if it’s put on Silent Photography mode. If you take this into consideration, then the D780 might be the better camera to shoot with if your subjects are in action.

The D780 surpasses the D750 when it comes to live-view autofocus.

If you’re focusing with the viewfinder, the D750 and the D780 deliver almost the same performance since both are equipped with the Multi-CAM 3500FX II autofocus sensor with 51 points. The D780 does have a little more of an edge though, considering that it borrowed its focusing algorithm from the flagship D5 model. But the line is pretty thin and you probably wouldn’t even notice the difference unless you looked really hard.

It’s a different story, however, if you’re using live-view autofocus because the D780 really surpasses expectations and trumps the D750 by a mile. Equipped with 273 on-chip phase-detection AF points, you can expect it to perform at a much speedier rate than the D750 which uses a contrast-detection-only live-view autofocus. Combine this with the power of the EXPEED 6 processor and you get extra cool features like face and eye detection as well, making the focusing experience on the D780 so much smoother.

The Nikon D750 is enough to satisfy amateur needs but the D780 is a wise investment for professionals.

The Nikon D750 is obviously not the hottest DSLR model in the market anymore but it’s far from being obsolete. You can’t forget the fact that it’s still a full-frame camera, one that takes high-quality 24MP photos and 1080p FullHD videos. If you’re an amateur, there really is no reason to spend more for the D780 when the cost-effective D750 is enough to satisfy your photography needs.

If you do work in the photography field, however, consider it a smart move to invest in the Nikon D780, particularly for its ability to shoot videos in 4K. Not only that but this newer model also boasts of mightier in-cam processing power, a wider ISO range, a snappier shutter speed, and a higher-resolution LCD screen, all of which are features that can spell the difference between professional and amateur work.