Laptops. 4K Ultra HD smart TVs. Mobile phones. Gaming consoles. Robot vacuums. With more and more home devices and smart appliances competing for bandwidth, you need a powerful WiFi router that can keep up with your home’s increasing connectivity and speed requirements. Among the top-rated WiFi routers that have been known to boost connection speeds are the NETGEAR Nighthawk X6 and Nighthawk X6S.

Released three years apart from each other, the newer Nighthawk X6S boasts MU-MIMO support and a more powerful processor than the X6. But do their differences merit an upgrade? Keep reading our in-depth comparison below to find out. 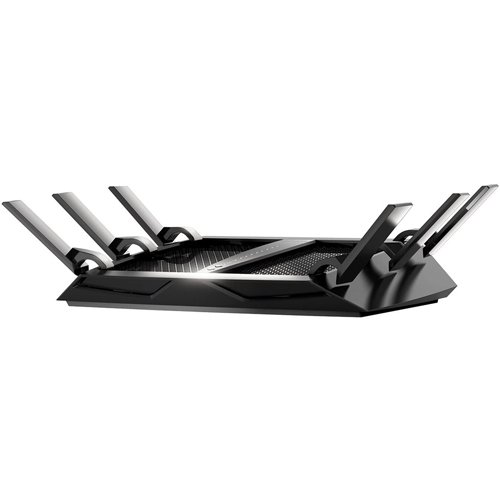 Get Wi-Fi speeds up to 4.0 Gbps with the NETGEAR Nighthawk X6S tri band router. Manage internet access via mobile app and backup your media with an attached USB hard drive.

Measuring around 2.14″ x 11.54″ x 8.92″, the Nighthawk X6 and X6S are bulkier than most WiFi routers. They are equipped with six pull-out amplified antennas that should be definitely put into consideration when deciding where to place them. You can either mount your Nighthawk on the wall or sit the router on top of your TV stand, shelf, or desk. Both the X6 and the X6S are only available in black and sport LED lights in the middle that can be switched off if you’re not a fan of the blinking LED lights.

Set-up is easy for either Nighthawk smart WiFi router. You simply download the Nighthawk app, plug the Ethernet cable into the router, and follow the prompts on the app. You can also log on to NETGEAR’s Genie interface to change the password and admin details or configure the router settings to enjoy maximum speed for each band.

The Nighthawk X6 and X6S are equipped with tri-band technology, but the X6S is boasts a faster processor and supports MU-MIMO

Both the Nighthawk X6 and X6S can deliver blistering speeds, thanks to their tri-band Gigabit technology. They are equipped with Beamforming+ technology and SmartConnect, which automatically connects your device to the best band available. The X6 allows you to connect up to 50 devices while the X6S can handle up to 55 devices at once.

The most noticeable upgrade on the Nighthawk X6S is its dual-core 1.8 GHz and 512MB RAM, which allows the X6S to deliver faster speeds than the X6S which only has a dual-core 1 GHz and 256MB RAM. In addition, the X6S is capable of MU-MIMO, or multi-user, multiple-input, multiple-output. This upgrade drastically boosts the X6’s capacity to handle multiple device connections simultaneously.

Another highlight of the Nighthawk X6S is its 2G port aggregation. If your device has two RJ45 LAN ports, the Nighthawk X6S can combine two wired connections and deliver an impressive speed of up to 2Gbps. You’ll appreciate this speed if you typically perform activities that demand a high bandwidth such as 4K HD gaming, streaming, or uploading large files.

Both the Nighthawk X6 and X6S have excellent coverage and fast, stable connection

Thanks to NETGEAR’s Beamforming+ technology, the Nighthawk X6 and X6S have an increased signal coverage of to up to 3500 sq ft, making these routers excellent choices for larger homes. Even if your home has thick walls, you can still enjoy a stable connection in different rooms. 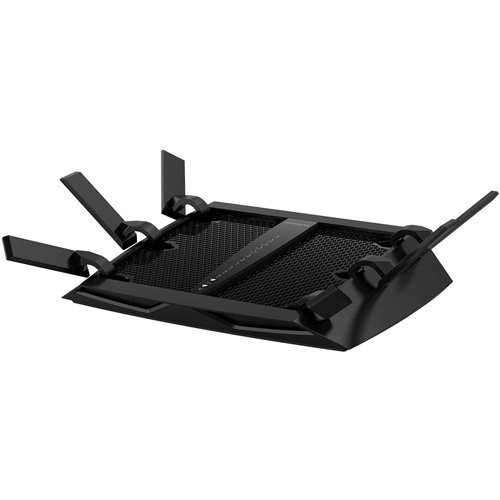 Your purchase of either the Nighthawk X6 or X6S comes with a one-month free trial of the Circle Smart Parental Controls. This app allows parents to set and monitor what their children can access online or determine a schedule when the kids are allowed to use specific apps.

You can also avail of the NETGEAR Armor for additional layers of security. Powered by Bitdefender, the NETGEAR Armor keeps multiple devices connected to your WiFi router safe from attacks and vulnerabilities. The Nighthawk X6 and X6S further support WPA2 encryption to keep your family’s data safe.

Both the Nighthawk X6 and X6S exceed expectations in terms of speed and performance. They boast a wide WiFi range so family members can stay connected in every nook and cranny of your home. While the Nighthawk X6’s speed and processor are not on par with the X6S’, it’s still fast enough to handle the connection speed that regular households require.

For hardcore gamers or HD streamers, the Nighthawk X6S is clearly the better choice. Its 2-port aggregation capability, faster processor, and higher RAM can ensure that you can game, stream, and transfer large files at top speed.

📌 What is the difference between the X6 and X6S?

Among the major differences of the Nighthawk X6 and X6S are their AC rating, processor, RAM, and MU-MIMO support. To see their differences at a glance, check out our comparison chart above.

While they are not the cheapest routers out there, the Nighthawk X6 and X6S with tri-band technology will give you your money’s worth if you want the most out of your internet speed.

📌 What is the coverage of the Nighthawk X6 and X6S?

Both these NETGEAR WiFi routers boast a wireless coverage of up to 3500 sq ft.

📌 How many devices can I connect with the Nighthawk X6 or X6S?