In recent years, Logitech has moved to appeal to budding YouTubers and Twitch broadcasters through a range of full-HD webcams and accompanying streaming gear. The Logitech C922 Pro, for example, remains a staple with its classy design, excellent video quality, and support for background removal. With the release of the Logitech StreamCam last February, the company further expanded their lineup of devices made for content creators. The accompanying Logitech Capture software has also added a broad range of camera controls and customization options for both devices.

That said, how does the latest streaming webcam from Logitech match up with the old reliable, C922 Pro? Here, we take a look at the two of the brand’s best webcams geared for streamers and content creators. 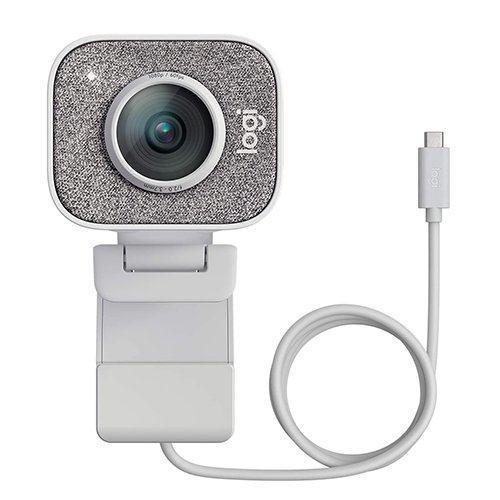 The StreamCam comes in a compact and small profile while the C922 Pro sports a sleeker built.

The StreamCam brandishes a boxier design that evokes the compact build of Logitech’s earlier devices like the globe-like QuickCam. Nonetheless, it’s quick to keep the similarities minimal, coming in a more durable plastic shell and a modern, weaved fabric finish to frame its lens.

In contrast, the C922 Pro comes in a sleek, protracted form. The build is just as sturdy as the StreamCam, although the casing itself is bulkier. Framing the full-HD glass lens of the C922 Pro are two built-in microphones at either end of the webcam, made noticeable because of the grilles. There’s a pre-attached mount on the StreamCam that’s sturdily designed to keep it in place on your monitor. As an alternative, a tripod mount for the StreamCam is also included if you need more streaming angles.

On the other hand, the C922 Pro brandishes an L-shaped clip to securely fasten it onto your laptop or computer monitor. The same clip also doubles as a tripod mount which should come in handy considering the C922 Pro does come with its own tripod. However, the lip on the C922 Pro’s monitor mount is a little thicker, and could be a distraction when latched onto a screen with thin bezels.

If you’re going for the StreamCam, you also have to remember the in-line cable comes in USB Type-C, which may require you to get a USB Type-A 2.0 or 3.0 adapter. Both devices also don’t come with privacy shutters, and the permanently attached 1.5 meter cables may be too short for users with mounted computers.

Logitech shares that the move to USB Type-C means the StreamCam can deliver more efficient video transfer speeds and quality. And that is precisely the big draw of this device, especially with its 1080p/60fps resolution. For such a compact webcam, the image quality from the StreamCam is remarkably smooth and flicker-free. The face-tracking feature is also pretty dependable.

And because it can be mounted horizontally or vertically, you also get full-HD vertical videos. You can get portrait mode images on the C922 Pro too, but only through the Logitech Capture software. It shouldn’t be an issue, considering the use of this format is now mostly limited to Instagram or Facebook stories, which most people take using their smartphones anyway. Plus, the C922 Pro also delivers 1080p/30fps max resolution, and can also offer 60fps at 720p for fluid, crisp videos. 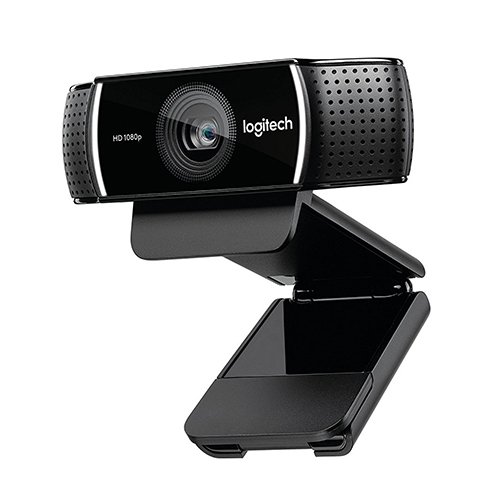 Both webcams come with a 78-degree field of view and full-HD glass lens. The C922 Pro, however, performs better in low-light conditions. With the StreamCam’s 1080/60 fps, exposure will drop dramatically, so it’s something to consider especially among gamers who usually prefer a dark gaming setup. Of course, you can dial the resolution down to 720p/30fps if need be. Although the StreamCam and C922 Pro do not offer 4k ultra-HD like the Logitech Brio, the current max resolutions are already impressive and practical. Given bandwidth constraints, not too many will find 4k resolution streaming useful anyway.

Both the StreamCam and the C922 Pro come with decent microphones but content creators should consider getting a headset or standalone mic for better audio quality.

It comes as no surprise that despite the impressive HD image quality both webcams deliver, the audio between the two is still just decent. Yes, it’s serviceable but it’s not pro-grade either. If you’re a gamer, you shouldn’t find this worrisome since you will most likely be using a headset.

For content creators needing high-fidelity voice recording, then investing on a standalone microphone is your best bet. The built-in microphone on the C922 Pro is, as expected, a little better than the StreamCam given the latter’s compact size. It does a satisfactory job in recording voices with minimal ambient noise with its pair of microphones creating a stereo effect that’s clearer than most webcams.

The StreamCam, on the other hand, also comes with a two-mic setup for both stereo and mono. While it does produce clean and balanced audio, it tends to pick up more background noise compared to the C922 Pro. Still, both will be good enough for video calls.

You can make the most out of the StreamCam and C922 Pro with the Logitech Capture software.

Both the StreamCam and the C922 Pro are powered by the Logitech Capture software. The program packs a lot of thoughtful features that should appeal to both content creators and casual users alike. With the Logitech Capture, you’ll have the ability to record videos coming from multiple sources, including desktop applications.

This nifty feature should come in handy for vloggers who produce instructional content, and who need to switch between scenes with ease. Plus, with the Capture, you can set StreamCam or C922 Pro as the camera source for your YouTube, Facebook Live, or Twitch streams via Open Broadcaster Software (OBS) or XSplit.

Another cool feature is Auto-Framing, which keeps you framed front and center, and the 9:16 vertical video recording for mobile viewers. The latter is ideal for the C922 Pro because unlike the StreamCam, you can’t flip the camera to change the orientation. Of course, there are the usual camera controls to manage your webcam’s settings. But there are also more advanced features, including Chroma key so you can remove and change your background, as well as text and color overlays for more personalized video content.

The Logitech StreamCam is the better all-around streaming camera while the C922 Pro is suited more for gamers.

Logitech is certainly one of the leaders when it comes to streaming and content creation tools, and nowhere is this more apparent than the presence of the StreamCam and the C922 Pro. Both are webcams dedicated to pleasing the one-man team content creator, but should also come in as more than capable cameras for everyday users.

Given their design and specs, the Logitech C922x Pro is better suited for gamers who want to stream their games. It has a sleek form with full-HD capabilities that work better in low-light conditions typical in gaming setups. For the novice content creator who wants to take streaming seriously, the Logitech StreamCam is a good albeit expensive choice. It comes in a compact and small profile that delivers impressive image quality that a broad range of users will like.

Regardless of your choice, you’ll find expanded capabilities for both webcams, thanks to the Logitech Capture that should make content creation less intimidating.

📌 What is the main difference between the Logitech StreamCam and the C922x Pro?

The Logitech StreamCam comes with a new flippable design, allowing users to take full-HD vertical videos. On the other hand, the Logitech C922x Pro follows a more traditional, elongated form with the cameras flanked by the speakers.

If you’re an aspiring vlogger, then the Logitech StreamCam is for you. The camera’s impressive image quality, and reliable face tracking feature, should be a staple for content creators.

Inside the box, you get the Logitech C922 device, a user documentation, a 3-month XSplit License, and a tripod. Keep in mind, however, that the XSplit license and tripod is only supplied in some packages.

📌 Does the Logitech StreamCam come in black?

Yes it does. Apart from the white model, the Logitech StreamCam offers a graphite variant, which is a matte black color with a dark grey weaved fabric finish around the lens.