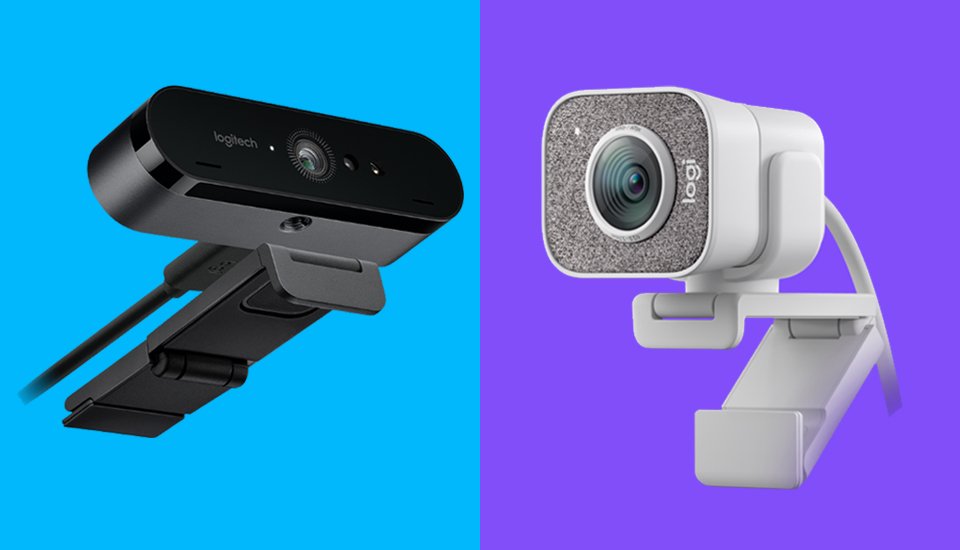 We’re seeing an increase in webcam sales with more people entering the live stream game. If you’re one of the creatives who want to invest in proper live streaming equipment, then you’re familiar with Logitech’s line of high-performance webcams. No other brand can outdo Logitech in this department. Two of its best models are the Logitech Brio (2017) and the Logitech StreamCam (2020). Three years after its release, the Brio is still one of the most in-demand in the market. Will its design, image quality, and additional features match up against the recently launched StreamCam? Let’s find out in the in-depth review below.

The Brio’s design is far more sophisticated than the StreamCam’s straightforward form.

You can tell the difference between the design of the two webcams right away. The StreamCam comes in a compact square shape while the Brio’s shape is sleek and slender.

Can the StreamCam’s straightforward design compete with the more sophisticated design of the Brio? In some aspects, it certainly can. The StreamCam’s three-axis clip grips better when attached to a monitor because of its hard plastic material. On the other hand, the Brio tends to wobble because its clip features a rubber material. This material allows Brio’s detachable clip to extend into a tripod mount — which isn’t something you can do with the StreamCam’s sturdier clip. Alternatively, the StreamCam comes with an extra mount that you can screw onto a separate tripod.

The StreamCam’s major design flaw is its built-in USB-C cable, measured at less than five feet. Those who have to switch to a shorter or longer cable to capture video beyond a desk set-up will find this problematic. Additionally, you’ll have to purchase an adapter if you want to connect it to USB 2.0 or 3.0 port. Damaging the cable is an even bigger issue as it leaves the entire device useless.

You won’t experience the same problems with the Brio. It comes with a detachable cable that you can replace if need be. This cable has a USB Type-A connector on one end and a Type-C connector on the other. You can also attach a separate USB Type-C to the device.

Another design feature of the Brio that you won’t find on the StreamCam is its privacy cover. However, this tends to gather dust and residue over time. It’s an added advantage if you don’t mind having to dust it off now and then.

The StreamCam’s 1080p Full HD resolution is pretty standard for a high-quality mainstream webcam. Brands like Lenovo, Microsoft, and Razer have all produced Full HD webcam models. Nonetheless, the StreamCam joins the ranks of the best HD webcams available.

Would it be fair to compare it against the Brio in terms of picture quality? The straight answer is no. There’s no doubt that the StreamCam can deliver high-quality images. However, you can’t level the playing field in terms of picture quality. Logitech designed the Brio with an unfair advantage of recording at 4k Ultra HD and in high definition range. It’s currently the only mainstream webcam in the market capturing footage at this capacity.

There’s no question that the Brio’s 4k capacity makes it one of the most superior webcam models. The real question lies in whether or not recording in 4k resolution is ideal for live streaming. Unfortunately, most video streaming platforms only support 1080p streaming or lower. So there’s no immediate need for a content creator to stream in 4k if they want to reach a wide audience. This downside raises the issue of practicality for many. YouTube presents a way around this as the only major platform that allows Ultra HD streaming. Otherwise, you can also use the Brio to record videos at 1080p.

The Logitech StreamCam works well under varying lighting conditions, but the RightLight 3 tech gives the Brio the upper hand.

Logitech’s RightLight 3 technology contributes to the Brio’s superior performance. As a result, you won’t be struggling with overexposed or oversaturated videos. That’s because RightLight3 allows the Brio to adapt under most lighting conditions. Whether you’re shooting under harsh fluorescent lighting, natural light, or low-light, you can expect optimal image resolution every time.

Clear, detailed, and color-accurate videos — the Brio delivers exactly just that even without a professional lighting set-up. Pros and beginners will benefit from this webcam’s superb light-adjusting technology.

The StreamCam’s light adjustment functions quite well in comparison. But it wouldn’t be truthful to say that it matches that of the Brio. In a well-lit environment, you can record high-quality footage with the StreamCam. The downside is that it doesn’t fair equally well in low light conditions. You might find this an issue when recording from a room without sufficient lighting.

Despite the Brio’s superior image quality, its built-in microphone’s subpar performance matches that of the StreamCam’s.

Audio recording is the only aspect where the Brio and the StreamCam perform equally. Speaking into the StreamCam will result in tinny audio and audible background noise. Likewise, the Brio’s built-in microphone is quite shoddy. You won’t be missing much since webcams generally aren’t equipped with great audio recording features.

To sum up, both devices will work for web calls but, neither is enough if you’re speaking or performing during a live stream.

Logitech equipped the StreamCam with its Capture 2.0 software while the Brio comes with the Camera Setting software. 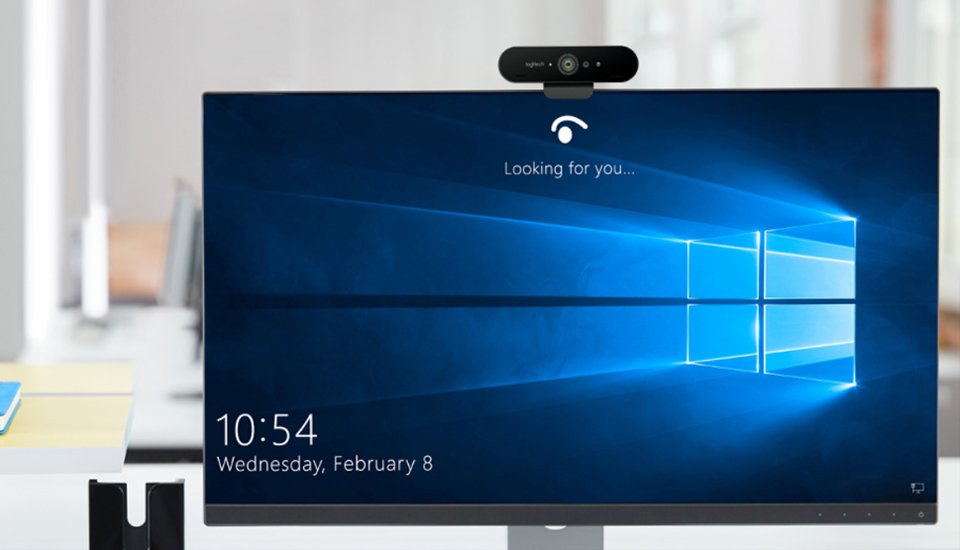 The Brio is equipped with an infrared sensor for facial recognition login as an extra feature. Another feature worth mentioning is its wide-angle lens. If you’re a pro who already has a viewership or if you like to collaborate with others, the wide-angle lens will especially come in handy.

As for the StreamCam, it comes with an impressive face-tracking feature that allows efficient autofocus function. The same can’t be said about the Brio in terms of autofocus because it struggles to readjust with constant movement. Then again, this might be a small price to pay for the Brio’s unmatched picture quality and wide-angle shooting.

It’s easy to recommend the Brio to any pro streamer prepared to shell out on a webcam with prime features you won’t find elsewhere. However, the StreamCam is a clear choice if you want a cost-effective alternative that won’t compromise performance.

High-end equipment like DSLR or mirrorless cameras can be too pricey, especially for those who are new to live streaming. Any beginner will find the Logitech StreamCam a reliable and cost-effective option in this case. It also appeals to a wide scope of content creators thanks to its easy-to-use design. So whether you’re live streaming tutorials, gameplays, or commentary, the StreamCam will let you record in high definition with little effort.

Do you have space in your budget for a splurge? Well, there’s no better way to spend it than on the best webcam available in the market — the Logitech Brio. You can’t argue with the superb 4k resolution, high-tech software, and wide-lens feature. All these features contribute to its unparalleled image quality that pros will consider as a valuable advantage.