Gone are the days when people settled for the grainy quality of built-in webcams. As more professionals work from home, external HD webcams are becoming a staple for clearer video conferencing, recording, and streaming. The Logitech C920 and Logitech C615 both boast full HD video quality and some pretty nifty features, albeit at different price points. To help you choose, we’ve compared the two webcams below. 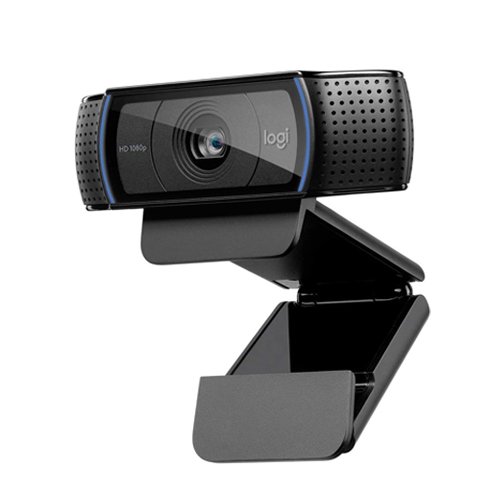 Logitech has always been known for its standalone webcams and the C920 HD Pro and the C615 are worthy additions to its collection. True to its pro stature, the C920 boasts of Carl Zeiss-optics for impressively clear, crisp, and vibrant image quality. Its 15 MP camera also provides full HD 1080p video recording for consistently high resolution, rich colors, and fluid video motion.

Given the lower price point, the C615 surprisingly offers full 1080p HD video recording capabilities as well. Unlike the full HD glass lens of its pro counterpart, the C615 brandishes a standard glass unit to deliver 8 MP photo quality. Nevertheless, both lenses are durable and offer a 78-degree field of view. The C920, however, provides 1080p resolution for Skype video calls and 720p resolution for Google Hangouts and FaceTime. With the C615, you’ll have to settle with 720p across all video call services.

To maintain HD capabilities, the C920 uses H.264 technology to automatically compress videos as you stream. This helps users save on bandwidth without sacrificing video quality. On the other hand, the C615 does an able job at keeping recording quality good, although the promised 1080p at 30fps isn’t always as smooth. You may have to lower the resolution to get that frame rate from the C615.

The Logitech C615 sports a robust, compact build while the Logitech C920 comes in a sleeker, polished design.

The Logitech C615 is advertised as a highly-portable webcam. With its fold-and-go design, the camera folds flat for easy storage and packing. You can easily slip it into your bag or even pocket. The C615’s clip also attaches securely to any display while its 360-degree swivel means you get plenty of viewing angles—ideal for avoiding photobombers when taking calls in a crowded airport or function hall, for example. 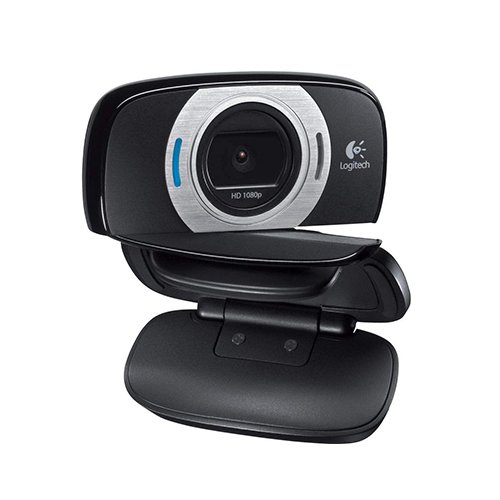 The Logitech C920 similarly comes with a rubber-lined clamp so you can attach it firmly on any external display. Although it doesn’t fold, it’s just over 3.5 inches at its widest, so it’s still fairly compact. Both the C920 and C615 can be mounted on a tripod for steadier video recording or streaming.

Being the pro model that it is, the C920 flaunts a sleeker design. While it’s portable too, the C615 offers more robustness with its plastic and rubber build. It’s definitely a webcam that can take tough handling when you’re traveling.

Both the Logitech C920 and Logitech C615 are plug and play cameras that require minimal setup.

What makes Logitech webcams a favorite is just how easy they are to use. Both devices work outside the box with minimal setup. Just plug the webcams to your laptop or computer, and the Logitech Webcam Software will be downloaded and installed automatically. The C920 and C615 are compatible with Windows 10 or later, Chrome OS, Android V 5.0 or higher, and Mac OS, with the C615 operating as a plug and play camera on the Mac OS X 10.5 – 10.6x.

Although both feature USB 2.0 compatibility, the C920 is also USB 3.0 ready. The pro model’s longer USB cable also makes it easier to maneuver around compared to the C615’s. The latter’s rather short 0.95m cable can be an issue when setting it up on larger desktops.

For the best image quality, the Logitech C920 and C615 include low-light correction features. This helps fine-tune images given the available lighting conditions. The C920 boasts of a 20-step autofocus compared to the C615’s standard option, but both still deliver comparably sharp images even at extreme close-ups (up to 10cm).

The C920, however, offers a stronger audio performance. Flanking the camera are two microphones that help capture sound better. It also comes with a built-in stereo speaker, as opposed to the C615’s mono, which does a better job of filtering out the background noise.

The Logitech C920 offers consistent video-audio performance while the C615 strikes a balance between affordability and performance.

The C920 and C615 are both equally capable full HD external webcams. With its steeper price tag, the Logitech C920 puts a premium on delivering sharper images and smoother video recording capabilities thanks to its video-compressing technology. On the other hand, the Logitech C615 aims to strike a balance between affordability and performance. Of course with this approach, you lose some features you get in the C920, including full HD video calls in Skype, higher resolutions at the desired fps, and a relatively better audio performance.

So it all boils down to how you use an external webcam. Do you need to take video calls anywhere, regardless of image quality? Or do you need superior video quality for a more professional feel. For mobile workers and travellers, the C615 delivers commendable video and audio for its price point, while coming in a fold-and-go design that’s both portable and durable. If you are someone counting on stellar video-call quality, the C920 will be the better buy, with its pro-grade camera lens, two-mic setup, and stereo speaker.