Kyocera Torque XT is a mid level cellphone launched some years ago, in 2014, having a 4″ multi-touch capacitive display, a powerful Dual-Core CPU clocking at 1.2 GHz, a 5 megapixels back camera and a 1.3 mega-pixels front side camera. That’s all? Not at all, it’s only the starting point of this in-depth review.

Kyocera equipped this cellphone with a nice 4-inches screen, and a resolution of 800 x 480 , which makes all pictures and movies look very good. Its screen uses IPS LCD capacitive technology, and can detect multiple fingers at the same time.

Kyocera decided to equip this phone with a great performance Dual-Core processing unit ticking at 1.2 gigahertz, packed into a Qualcomm Snapdragon S4 Plus MSM8960 system chip with 1 GB of RAM memory. Collaborating with graphic calculations, it also has a 400 megahertz Adreno 225 GPU. The Kyocera Torque XT comes with a medium 4 GB internal storage, which is enough for the vast majority of users knowing that it also has an external memory card slot to store photos and videos.

This cellphone counts with wi-fi connection (and it can be provided to other devices around, acting as a router or modem), 4G LTE high speed connection type or 3G data connection, using EV-DO A technologies. This cellphone doesn’t use a SIM card, because it doesn’t work with GSM connections and it works in CDMA carriers.

This cellphone also comes with some interesting features like Bluetooth (enables communication with other bluetooth devices, computers, and accessories), GPS and NFC (to trigger actions, transfer data or make payments by holding your phone close to another NFC device or tag), and multiple sensors like Light Sensor, Proximity Sensor, Accelerometer, Barometer and Compass. 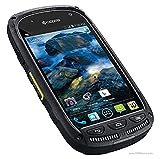 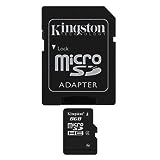