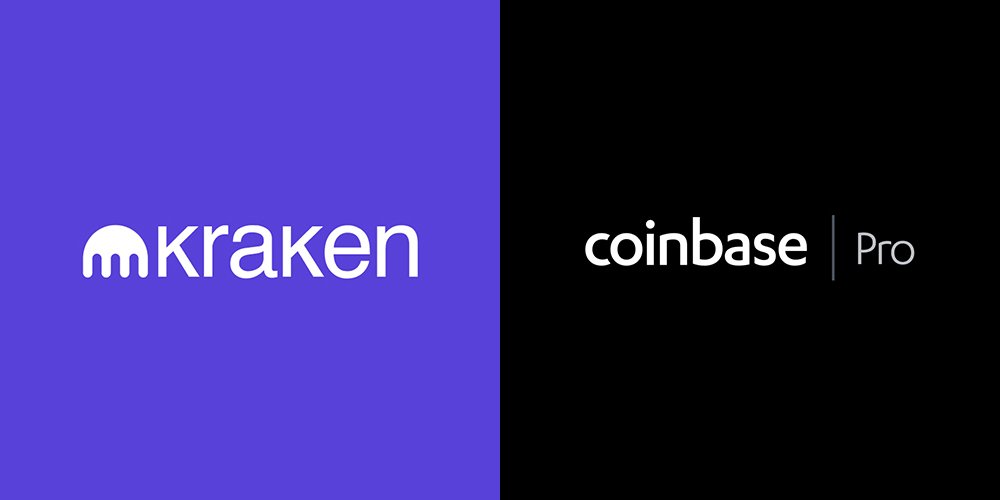 Cryptocurrency is still a fairly new industry, though there are already well-established names such as Kraken and Coinbase Pro. Kraken is one of the oldest, opening its doors in 2011 to be at the forefront of modern crypto exchanges in Europe. Meanwhile, Coinbase Pro is the most recent evolution of the original Coinbase exchange which was founded in 2012. Both are leaders in the field in terms of security as well as pursuing compliance with government regulations. See our comparison below between Kraken vs Coinbase Pro to see which one suits your trading goals better.

Both Kraken and Coinbase Pro have excellent security and spotless history. 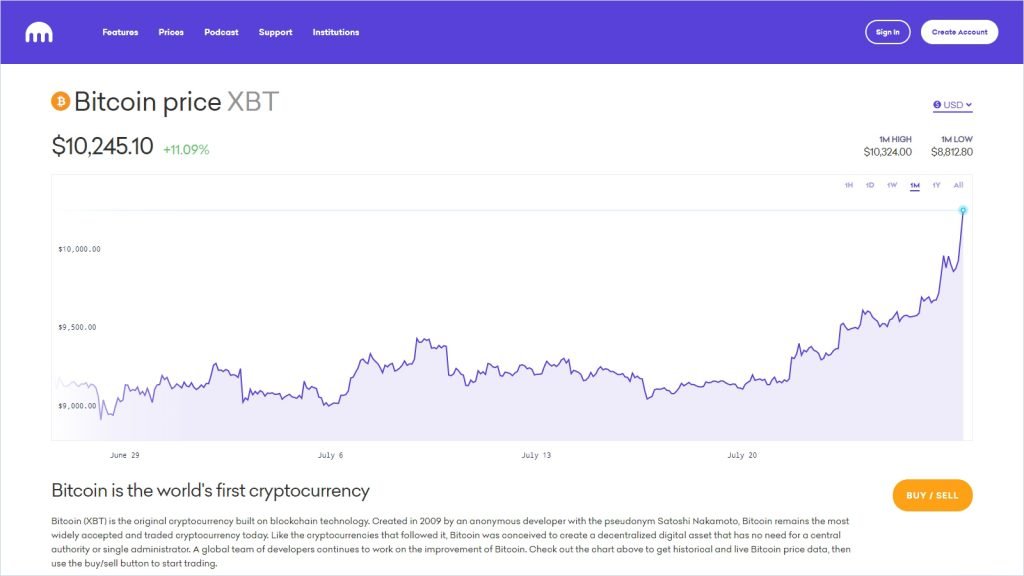 By focusing on security as their foremost priorities, Kraken and Coinbase Pro have successfully safeguarded their platforms from breaches since their founding. Critical to ensuring user funds are safe is keeping them in cold wallets; both store over 90% of user funds in air-gapped cold storage which are disconnected from the Internet. Two-factor authentication is also heavily encouraged to provide an additional layer of account defense. As such, transactions become impossible without email or mobile verification, protecting against unauthorized withdrawals and the like.

US residents will find Coinbase Pro to be a bit more enticing as it’s fully regulated and licensed to operate in the country. Furthermore, USD balances are insured by the FDIC, up to a max of $250,000 per customer. Users can also utilize the Address Book and Whitelisting features on Coinbase Pro to ensure that funds can only be withdrawn to addresses you’ve already approved.

Meanwhile, Kraken provides additional security options for users, such as configurable account timeout and global settings time lock to ensure that unauthorized IP addresses are blocked from making changes to your account. You can also set a Master Key passcode that must be provided for specific account actions.

Because neither Kraken nor Coinbase Pro have been victims of hacks, you can be confident trading in either exchange. However, it’s still recommended that you store funds in hardware wallets rather than leaving them in the exchange. This ensures that your assets are out of reach in the event of a breach in the future.

Coinbase Pro has greater liquidity and volume while Kraken has more trading options. 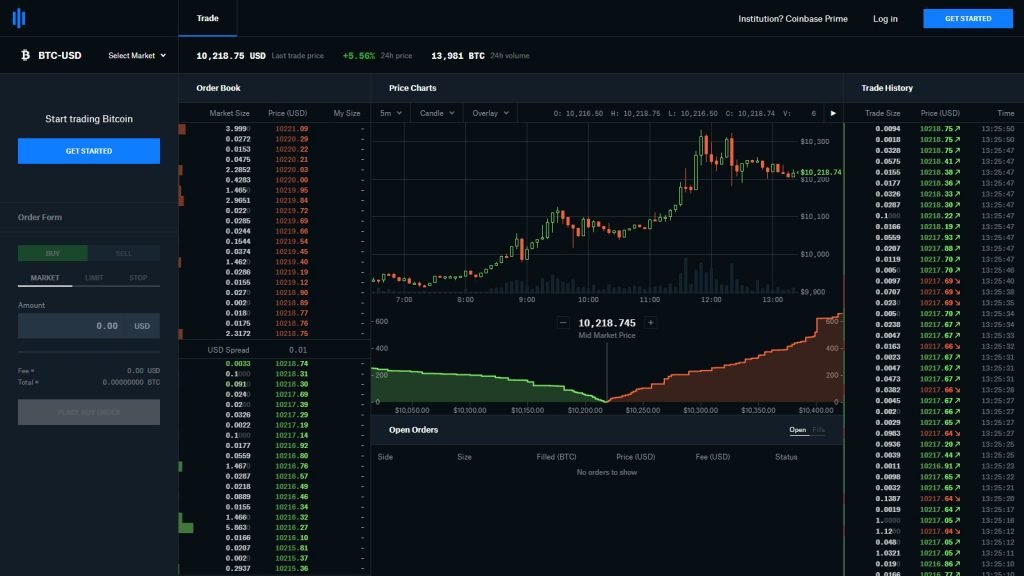 Kraken and Coinbase Pro further stand out among other exchanges by offering fiat-to-crypto trading as well as crypto-to-crypto. This makes them particularly attractive as starting points for complete beginners who don’t have any digital assets yet, since you can go in with fiat currencies and begin trading in cryptocurrencies. Kraken has a slight advantage in supporting CAD in addition to USD, GBP, and EUR, which are available in Coinbase Pro. The Japanese Yen (JPY) was previously supported in Kraken, though banking regulations have stopped it.

Furthermore, Kraken lists more cryptocurrencies, with 38 digital coins and counting compared to Coinbase Pro’s 20. Currently, there are 140+ trading pairs available on Kraken while Coinbase Pro offers only half that. Still, Coinbase Pro’s select currencies are among the most stable and sought-after coins in the market, which is integral to the platform’s ultra-high liquidity.

Research platform Coinpaprika ranks Coinbase Pro with its highest confidence score of 98%, with Kraken coming in at third with 83%. This confidence score computes an exchange’s liquidity, web traffic, and adherence to regulations. Coinbase Pro also has a much higher average daily trading volume than Kraken, often reaching double the latter’s. It’s safe to say that you’ll find more action and more opportunities on Coinbase Pro than on Kraken.

However, Kraken offers trading options that Coinbase Pro doesn’t. Kraken users can stake select coins and fiat to earn rewards twice a week. You can also maximize potential profits through margin trading using leverage of up to 5x, or hedge against price risk with futures trading with up to 50x leverage. Currently, Coinbase Pro is still in the process of rolling out margin trading this year, though it will only be available for US residents in 23 eligible states. 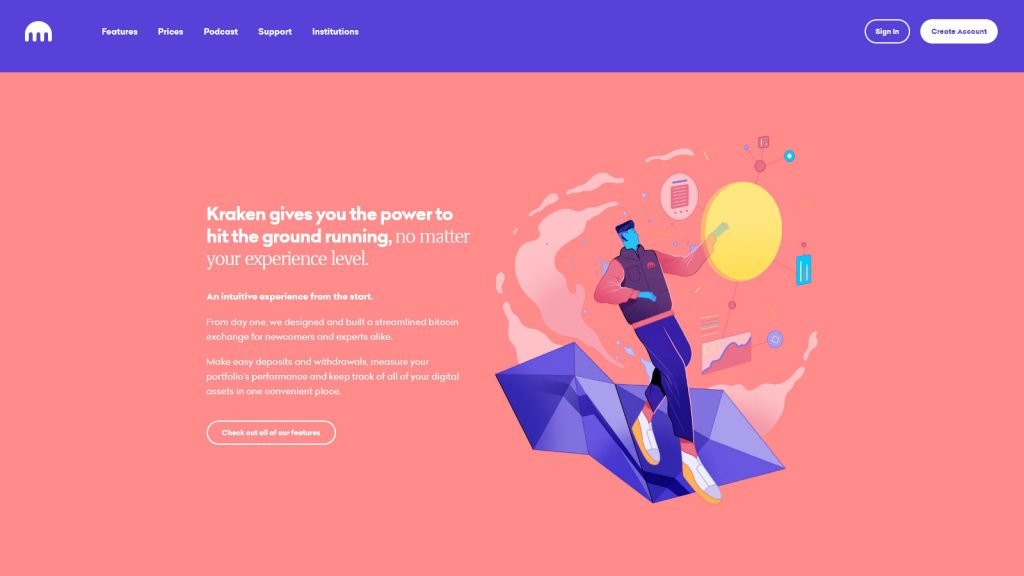 Comparing the fee schedules of Kraken and Coinbase Pro shows that Kraken charges less across the board. Both use maker-taker fee structures that take into account your trading volume within the last 30 days, rewarding incentives the higher you go. Kraken not only starts with lower trading fees, at 0.16% maker and 0.26% taker fees versus Coinbase Pro’s initial 0.50%, but it also steadily drops with smaller volume intervals. Maker fees are waived entirely on Kraken at reaching $10 million while it remains 0.05% on Coinbase Pro until $50 million.

These spot trading fees also indicate how Kraken is a bit more welcoming to new crypto traders, since you can start getting your feet wet with low volumes in the platform while maximizing gains. Coinbase Pro’s fees are also among the highest in the industry, heavily favoring high-volume traders.

You can fund your Kraken and Coinbase Pro accounts with fiat currency through a variety of funding options. Kraken offers numerous methods for domestic and international deposits per fiat; however, it can take up to 1 to 5 business days before the funds reach your Kraken account whereas you can expect to start trading on Coinbase Pro the same day. Both also support near-instant funding with digital assets.

Customer support is one of the biggest areas of improvement for exchanges, though Kraken manages to do better than most. It has a 24/7 “live” chat that’s powered by a chatbot who can nonetheless direct you to where you can get assistance based on your concerns. Coinbase has something similar for both its Pro and standard versions. Expect to wait for up to 72 hours to get responses to emails sent via their ticketing systems.

Kraken is more beginner-friendly while Coinbase Pro has more action.

Better for US traders

Novice and intermediate crypto traders are recommended to check out Kraken due to its much lower trading fees, user-friendly interface, and extensive guides. You can start engaging in the blockchain industry even without any digital asset through its numerous fiat deposit methods. Security on Kraken is topnotch, and there are additional ways to keep your funds and account safe. Lastly, there’s a lot more variety in Kraken’s markets so you can find plenty of opportunities for trading profits.

Since it was created to cater specifically to veteran traders, Coinbase Pro will offer a much better experience if you already have significant digital assets to trade. Its trading fees are quite high, though they become comparable to other exchanges once you reach certain 30-day volume thresholds. US residents will particularly like how USD deposits on Coinbase Pro are insured by the FDIC, making it one of the most recommended crypto exchanges for traders in the country.

📌 Which is better: Coinbase or Kraken?

Coinbase is recommended for new crypto traders, as its platform is specially designed to cater to users looking to join the blockchain industry. Intermediate users can explore more markets and trading options on Kraken, along with much lower trading fees. Coinbase’s platform for experience users, Coinbase Pro, is only recommended for high-volume traders.

📌 Does Kraken have a wallet?

No, Kraken is foremost an exchange, not a wallet service. You can hold digital assets in your account though Kraken highly advises storing funds in hardware wallets such as Ledger and Trezor.

📌 Is Coinbase and Coinbase Pro the same?

Yes, Kraken has built up and upheld a strong reputation as a secure and trustworthy exchange. Since its founding in 2011 it has never suffered a breach and it’s been fully regulated and licensed in all countries it operates in.