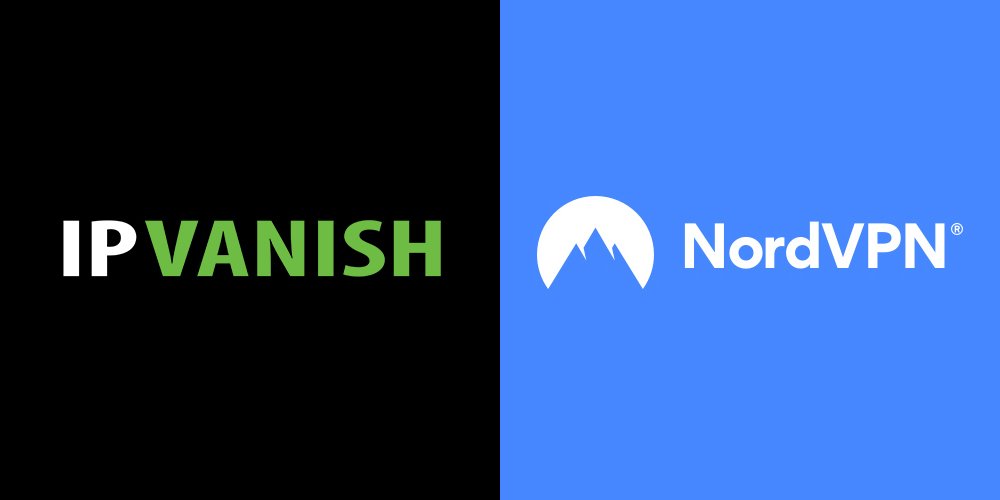 Popular VPNs owe their rise to prominence due to many factors, but foremost among them is simply the quality of their services. After all, no one would continue recommending a VPN if it wasn’t fast enough, secure enough, or reliable enough for the majority of user needs. IPVanish and NordVPN have both made such climbs, cementing their place among numerous best VPN lists. Here’s our comparison of both VPN providers to help you decide which one to get.

IPVanish provides encrypted storage while NordVPN has an ad blocker and more apps. 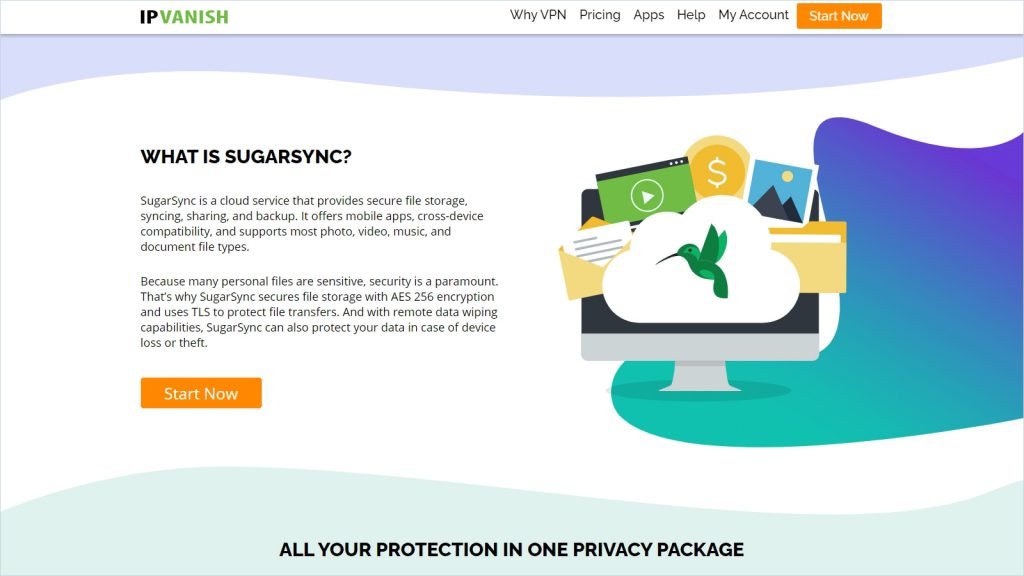 As you can expect, IPVanish and NordVPN have apps for all major operating systems such as Windows, macOS, Linux, iOS, and Android. However, NordVPN covers several more device types than IPVanish. You can set up NordVPN on streaming media players (IPVanish only has a Fire TV app), smart TVs, and gaming consoles. In addition, it has a Firefox extension while IPVanish only has one for Chrome.

IPVanish does allow more simultaneous connections than NordVPN, 10 vs 6. Its user interface is slightly more beginner-friendly and it even has an optional tutorial so you’ll know exactly what to do after installing. Plus, there are plenty of advanced settings to tweak for experienced users. In comparison, NordVPN’s apps include a large global map showing its servers. This can be fun or just unnecessary depending on your preferences, but it does take up screen space. It has a lot more switches and dials behind the curtain, too.

Among these extra features in NordVPN is CyberSec, which blocks malware, ads, and tracking domains. It does double duty in cleaning your browsing experience and speeding it up, since you’ll no longer load ads and other third-party resources. There are also other security options, such as Double VPN and Onion over VPN, further discussed below.

On the other hand, IPVanish offers something unique for a VPN service. They’ve recently introduced SugarSync, a secure, encrypted cloud storage service that you can use for file storage and sharing. IPVanish plans come with 250GB of SugarSync storage, allowing you to sync files automatically. You can also restore deleted data and wipe connected devices remotely.

NordVPN is slightly faster and has more servers than IPVanish. 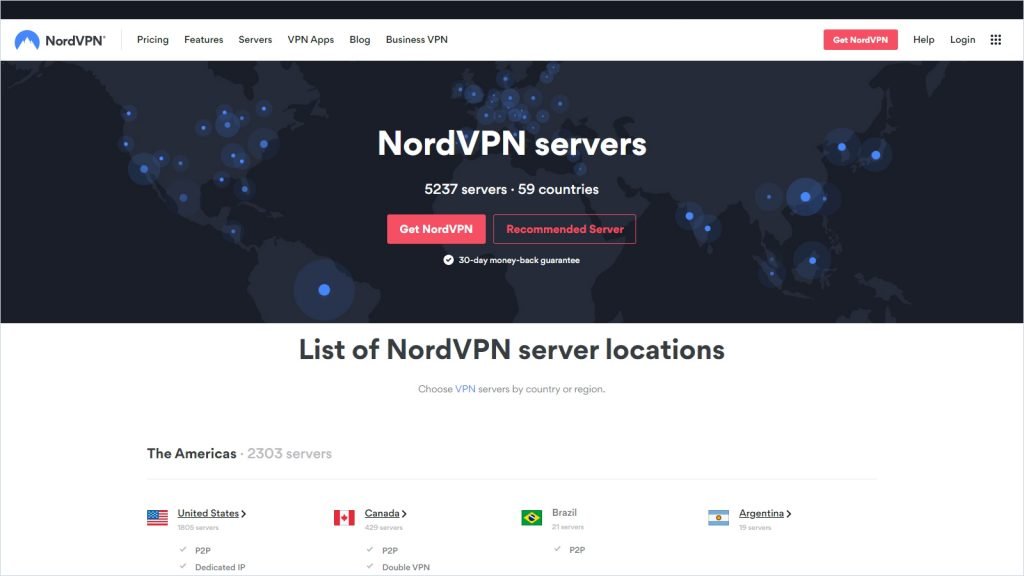 On server counts, NordVPN has a huge lead over IPVanish, as it has 5,000+ servers all over the world. This makes it easier to find less crowded servers for faster speeds. Even though it only has 1,500+ servers, IPVanish covers more countries, giving it a key advantage for users in certain regions. You can check their full VPN server lists to verify they have the server location you need.

Speed testing while connected to a VPN server will almost always result in speed drops, though it’s going to be much lower the nearer the server is to your actual location. NordVPN will hardly slow you down if you connect to a local server, with an average of 5% or less speed reduction. In comparison, you’ll notice bigger drops on average while connecting to IPVanish servers, especially the farther the servers you connect to. Though these speed tests will be influenced by your ISP, geographical location, and other factors, it was pretty conclusive that you’ll get better speeds on NordVPN than on IPVanish.

We’d also recommend NordVPN if you want a fast VPN for streaming Netflix and other platforms. Its SmartPlay feature makes it capable of unblocking more libraries without any additional steps or configurations. In contrast, IPVanish’s unblocking capabilities is typically hit-or-miss. It’s been previously blocked by Netflix though it’s now able to get past geo-restrictions in the US. Still, you’re going to need the help of customer support to find a server that will let you pass through. In addition, IPVanish has similar troubles with BBC iPlayer and Amazon Prime Video, while NordVPN does not.

For torrenting, IPVanish allows P2P traffic on all of its servers while NordVPN only designates dedicated P2P servers. You can torrent on IPVanish without noticeable speed drops (except for normal VPN speed reduction). On NordVPN, you’ll automatically get switched to a P2P server once the app detects such activity, so it’s still a seamless file sharing experience. 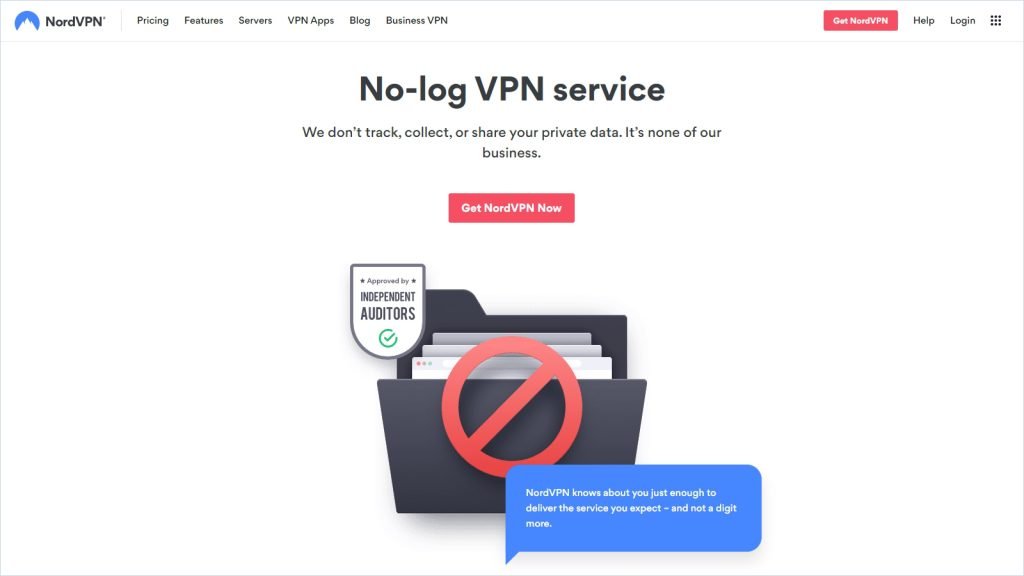 Even though both IPVanish and NordVPN use the same government-level AES 256-bit encryption along with the best security protocols (OpenVPN, IKEv2, LT2P), NordVPN has a fundamental advantage over IPVanish that easily makes it the more secure VPN. NordVPN is registered and based in Panama, which has friendly online privacy legislation and isn’t part of any surveillance alliances. Meanwhile, IPVanish is a US company and can be pressured by the government to share their data.

In fact, that’s exactly what happened in 2016, when IPVanish complied with the federal government’s request for information for an investigation. It proved that they kept logs of user data, as the information was helpful in pursuing the case. After it was acquired by StackPath the following year, IPVanish claims that it’s a no-logs VPN again, with its new management guaranteeing a strict implementation of no user data logging.

Meanwhile, NordVPN has gone ahead and completed an independent audit by PricewaterhouseCoopers, proving that it keeps no logs in any of its servers. The one mar on its stellar track record is a server breach in 2019, though there was no user data to find on the compromised server. NordVPN is further enhancing its security measures, including converting all of its servers to run on RAM-disk mode and holding a bug bounty program to reward people who manage to find vulnerabilities in their software.

An automatic kill switch is available on both IPVanish and NordVPN, so you can ensure online protection in case your VPN connection cuts off. They also provide DNS and IPv7 leak protection, though testing on IPVanish have indicated partial DNS leaks. As such, NordVPN has more reliable security, and it even has additional options for extra protection. You can mask your IP twice with a Double VPN connection or get even better anonymity via its Onion over VPN servers. 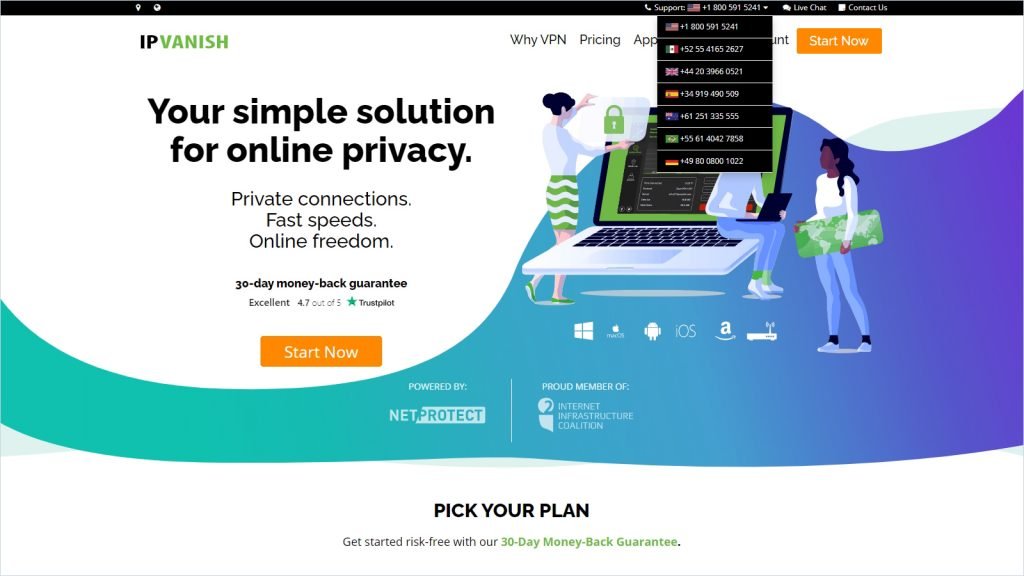 To begin with, IPVanish actually has lower monthly rates than NordVPN, though the cost difference narrows down when comparing their annual plans. However, NordVPN offers 2- and 3-year plans with huge slashes on the monthly rate, netting you a lot of savings in return for your commitment. To illustrate, NordVPN’s 3-year plan costs less than subscribing to IPVanish for 2 years.

For even better convenience, NordVPN accepts cryptocurrency such as Bitcoin, Litecoin, Ethereum and more, along with the typical credit card and online payment platforms (except for PayPal). IPVanish meanwhile only accepts credit cards and PayPal. You have 30 days to decide how satisfied you are with either VPN service, as that’s the time limit for their money-back guarantees.

IPVanish has recently improved its customer support, providing true 24/7 live chat accessibility (though a chat bot will attempt to answer your queries first), as well as a phone hotline for a few countries/languages. It has a knowledge base that you can use to look for guides and other troubleshooting concerns similar to NordVPN. If you prefer emailing, they both have a ticketing system that should get you a response in a couple of hours or so.

It’s pretty clear-cut that NordVPN is the better VPN choice in this comparison, as it’s faster, has more servers, employs better security measures, and is cheaper to boot. You can use it to unblock Netflix and other streaming services smoothly and take advantage of dedicated P2P servers, too. NordVPN has been verified to log no user data, so you can be sure that your information won’t be stored anywhere in their infrastructure. Finally, you can save a lot by committing for a multi-year plan, which should be easy given its outstanding performance.

There are only a few things that IPVanish offers that would make it recommendable in this matchup, and that’s its more diverse server locations and additional phone support. If you need to connect to specific countries, IPVanish is more likely to have a server in that location, and its connection speeds are still among the best compared to other VPNs. If you prefer speaking with support agents, they have hotlines for a few languages, which is a channel not offered by any other top VPN.

📌 Is NordVPN better than IPVanish?

The short answer: yes. NordVPN has tighter security features, more privacy options, and a better track record than IPVanish. Its no-logs policy has been verified by an independent audit and it’s located in a privacy-friendly country, Panama. In comparison, IPVanish is based in the US, which is part of the Five Eyes alliance. Plus, NordVPN is much cheaper than IPVanish if you opt for a multi-year plan.

Yes, it’s one of the few premium VPNs that can reliably unblock Netflix libraries in numerous regions. Plus, it can also bust through geo-restrictions set by other streaming services, including BBC iPlayer, Hulu, and Amazon Prime Video.

📌 What is wrong with IPVanish?

You’re likely referring to the data logging scandal in 2016, where IPVanish submitted user records to the Department of Homeland Security. As a US-based company, IPVanish can be summoned to turn over data to the government, and the fact that it was able to comply meant it kept logs of user information. However, IPVanish is currently under new management since it’s been acquired by a different company in 2017, which promises a no-logs policy.

📌 Is IPVanish good for Firestick?

Yes, IPVanish is one of the few VPNs that have a native Fire TV app. You can download it via Amazon’s official app store and it installs in only a few minutes.