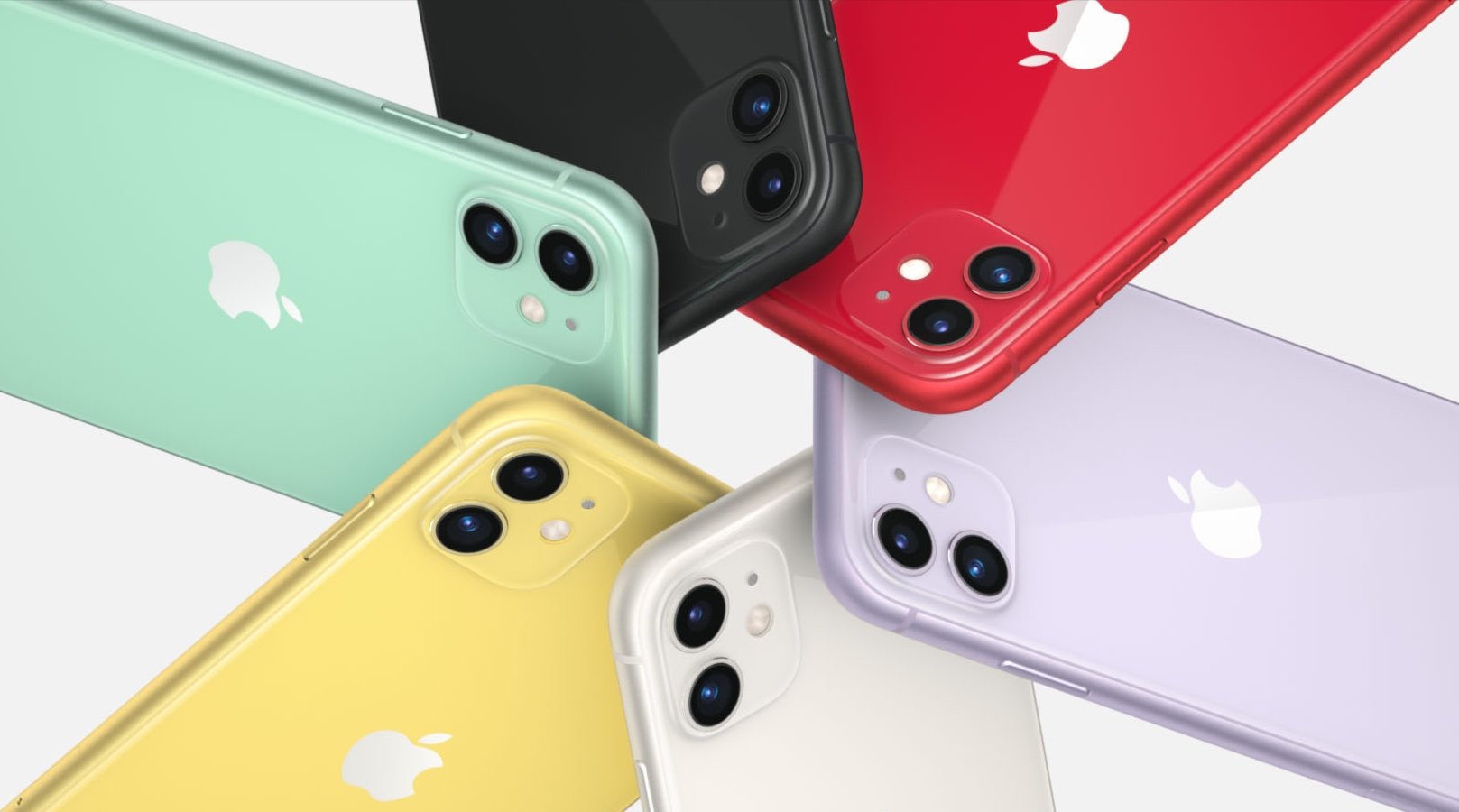 Try naming an Apple product that’s a significant upgrade over its predecessor while being cheaper. It won’t be a surprise if you can’t, but the iPhone 11 actually belongs to this very short list. With a brand new A13 Bionic chip and a much improved camera, the iPhone 11 is a big leap from last year’s iPhone XR. It feels like the final perfect form of the grand redesign that Apple began with the iPhone X.

However, news and rumors of its rival flagship from Samsung that’s coming out next year are already indicating that the South Korean giant is planning a massive overhaul for the newest entry to the Galaxy S series. Should you wait for the Samsung Galaxy S11’s release in 2020 or upgrade to the iPhone 11 today? We’ve compiled all of the current information and speculations on the Galaxy S11 to compare these two premium smartphones.

The iPhone 11 adds new flavor to a familiar look. The Galaxy S11 promises a radical redesign.

If you found the iPhone X gorgeous when it first came out, then you’ll find the iPhone 11 to be a refreshing new take on a successful formula. Viewed up front, its bezels seem a little chunkier than most, but the signature notch is still there. The aerospace-grade aluminum band around the sides feature a matte texture that adds a nice premium touch to the device. Its back sees the most changes. There’s a bevy of colorful finishes to choose from, but aside from Product Red, they’re in muted hues that look classy and hip. And then there’s the precursor to the daunting 3-camera array of the iPhone Pro: a matte glass curved square housing the dual rear cameras.

All in all it feels like the final version of this particular iPhone design, and it still works wonderfully, if a bit unexciting. Given the speculations that Apple will introduce another grand redesign next year with the iPhone 12, it’ll be a nice to know that the iPhone X’s evolution ended on a high.

On the other hand, Samsung is already hinting at a massive change for next year’s Galaxy S series. Perhaps the biggest rumor being bandied about by popular leakers is that Samsung might be merging the Galaxy S and Note into a single hybrid device, which might end up being called “Galaxy One.” It’ll essentially be an S-sized phone equipped with the popular S-Pen from the Note. The source notes that discussions are still underway and it could easily change, but it does make sense seeing as how both lineups have so many similar features that a merge will make branding even better.

The other big news about the Galaxy S11’s design revolves around its display, which we’ll discuss in the next section.

The iPhone 11 has the best-looking LCD display today, but it’s not OLED.

There hasn’t been any notable improvement on the iPhone 11 on the display front, as it’s the same 6.1-inch LCD screen of the iPhone XR. Resolution remains the same at 1792 x 828 pixels, with 326 pixels per inch. It looks crisp and vibrant without producing over-saturated colors. However, it’s slightly unimpressive now next to the iPhone 11 Pro’s OLED display. The thicker bezels also reduce its screen-to-body ratio to 79.79%. Still, you’d be hard pressed to find a better looking LCD screen than that of the iPhone 11.

Now the big thing about the Galaxy S11’s display is that it will push its edge-to-edge screen even further than the Galaxy Note 10+ by further shrinking the front camera. The Note 10+ already offers the best screen-to-body ratio of any smartphone today: a staggering 92.5% of its front screen can generate pixels. There are even further claims that Samsung will be able to hide the front camera when not in use by displaying pixels over it. We can also expect it to have a 90 Hz or 120 Hz refresh rate given how successful Android flagships with smoother displays were this year.

It’s going to be tough to beat the iPhone 11’s amazing speed.

Apple wasn’t simply boasting when they said that their A13 Bionic chip is the fastest ever put into a smartphone. Nearly all benchmarking tests prove that the iPhone 11 series is the fastest mobile devices this year, well ahead of any Android flagships. Even better, it’s also stated to use 40% less power, resulting in a more impressive battery life. The Neural Engine inside it is critical in improving camera performance too, by enhancing machine learning processes by up to 20%. CPU-intensive tasks such as video editing finishes almost half as quickly on the iPhone 11 compared to the Note 10.

All of these mean that Samsung has their work cut out for them if they’re going to steal the crown away from Apple next year. The most promising news here is that Samsung has already started mass producing a new 12 GB LPDDR5 mobile DRAM which is faster and more efficient than any other memory available right now by 30%. These new chips weren’t introduced in the Note 10 simply because they were incompatible with its Snapdragon 855 chipset, meaning that the Galaxy S11 will have an even better processor, likely to be the 865.

There’s no doubt that the iPhone 11 is currently the best-performing mobile phone right now and it’ll hold that title safely until Samsung announces more information about the Galaxy S11. It’s pretty much unthinkable for the South Korean company to release a new generation of their flagship phone without verifying that it can outpace this year’s king.

The iPhone 11 may have best cameras on a smartphone today, but the Galaxy S11 might have 6 lenses.

Mobile photography enthusiasts will definitely love the iPhone 11’s much improved cameras. For the last couple of years the iPhone has faced tough competition in the camera department from Google, Huawei, and Samsung. The iPhone XR’s lackluster results didn’t help, which is why Apple fans will appreciate the upgrades on the iPhone 11 even more.

A combination of improved sensors, smarter software, and more processing power has finally enabled the iPhone 11 to produce bright, well-detailed night time photos. The addition of a 12 megapixel ultrawide sensor lets you capture four times as much area, resulting in more scenic landscapes and dramatic framing. Its machine learning CPU is able to tell which areas in a photo to highlight, adjusting shadows to make your subject stand out better. You’ll also notice the consistency in color and contrast when shooting 4K videos, and it’s easier to capture in motion thanks to the optimized image stabilization. Altogether, the iPhone 11’s cameras are very impressive indeed.

The most exciting leak about the Galaxy S11’s camera is that it’s being heralded as “a new beginning” for the series. It should be noted that Samsung has used the same primary sensor since the Galaxy S7 in 2016. Their complacency at having had the best cameras resulted in their competitors steadily outgunning them, so it looks like they’ve finally decided they’ve had enough.

The S11 should be coming out with a brand new sensor for its rear cameras, and its front camera is, as mentioned, rumored to be smaller than ever. Samsung is also rumored to be developing something similar to the upcoming Deep Fusion feature of the iPhone 11 Pro, which performs AI-powered image processing to go beyond what a lens sensor captures. Interestingly, there are also speculations that Samsung can stuff as many as six lenses in the S11, four at the back and two in front. We’ll have to wait and see how that pans out.

The Galaxy S11 might get a full charge in just 30 minutes.

While the iPhone 11 Pro and Pro Max received the biggest battery upgrade yet, the iPhone 11 has a more modest improvement over its predecessor. Apple lists the iPhone 11 to last up to 1 hour longer than the iPhone XR, though testing shows that they’re roughly on par. There’s also no fast charging adapter included out of the box like the one you get with the Pro models. You’ll have to shell out another $40 or so to enable your iPhone 11 to get 50% juice in 30 minutes.

There’s no new update on the Galaxy S11’s battery yet other than the possibility that it might sport a new innovative graphene battery, which could further speed up charging to 100% in just 30 minutes. Until we know more, it’s safe to assume that it will at least have the Note 10’s 45W Super Fast charger out of the box.

Baseline storage for the iPhone 11 is a bit of a bummer at just 64 GB, but it should be plenty for most users. You can get only as much as 256 GB, which is just half of the maximum you can get on the Pro models. An even bigger letdown is the Galaxy S11 continuing the choice that Samsung made in removing microSD expandable memory and 3.5mm audio jack from the Note 10 and 10+, a feature that many Android fans have always loved about their phones.

Apple chose to leave 5G out completely from this year’s generation of iPhones, opting to hold back that capability for the upcoming iPhone 12. It’s not too big of a deal considering many 5G networks are still being set up around the country. Samsung has also stated that full 5G will be a default for the Galaxy S11.

If you simply can’t wait, the iPhone 11 is easily one of the best phones you can buy this year.

Anyone looking to upgrade their current handset to a premium device without stressing their budget should place the iPhone 11 at the top of their list. Owning a top-notch Phone with fantastic cameras has never been this affordable, and it’s every bit as good as the best flagships that Android can offer. The fact that it’s the fastest handheld in 2019 pushes it over the edge, making it simply the best value-for-money smartphone you can buy today.

Now, if you’re not in a hurry to get a brand new phone just yet, the Samsung Galaxy S11 should be worth the wait. All of the current news and speculations point to the Galaxy series making a huge leap with next year’s iteration. We could be seeing a truly impressive device coming our way once the first quarter of 2020 rolls around.