The iPad is one of the most successful devices ever released by Apple. We’ve yet to see a worthy competitor from another brand that can favorably go toe-to-toe with it. It’s much more common for shoppers to compare between iPad models instead. Here’s a look at the two most recent releases of Apple’s entry-level tablet, the iPad 6th Gen (2018) and the iPad 7th Gen (2019). 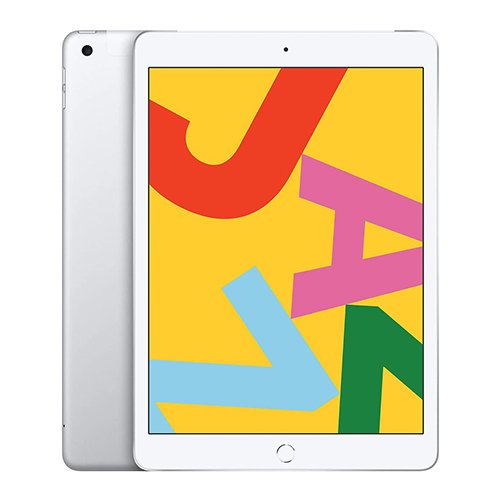 The iPad 7th Gen is slightly larger than the iPad 6th Gen.

Apple resized the latest iPad model to a slightly larger 10.2-inch display, giving the iPad 7th Gen its only real advantage over the previous iPad 6th Gen. Released only a year apart, you might’ve thought Apple could’ve done more when they introduced the 7th-generation iPad in 2019, but this is really the only tangible difference between the 2018 model.

Still, you’ll have to agree that a larger-screen tablet looks much better and is friendlier to the eyes. It’s only a half-inch difference but it’s noticeable once you switch between 6th and 7th gen screens. Resolution is a bit higher on the 2019 iPad, which has 2160 x 1620 pixels, compared to the 2018 model’s 2048 x 1536 pixels. However, pixel density remains the same at 264 pixels per inch.

There’s another reason for the resize though, which we’ll go over below.

The iPad 6th Gen and iPad 7th Gen have the same system-on-chip.

One of the reasons the iPad has dominated the tablet industry is its impressive speed and smooth performance. The same Apple A10 Fusion chip with embedded M10 coprocessor powers both 6th and 7th Gen iPads. This powerful chip is great for gaming, handling graphics smoothly for any title on the App Store. It supports Xbox Wireless Controllers and PlayStation Dualshock 4 controllers via Bluetooth to enable a fully portable gaming experience.

As there’s virtually nothing new on the iPad 7th Gen that impacts performance, you’ll enjoy the same processing speed and responsiveness on the iPad 6th Gen. You’ll be able to launch and use multiple apps at once, using either the split screen mode or simply switching between them. Apple also improved its augmented reality features to deliver fun and immersive activities in or out of the classroom. 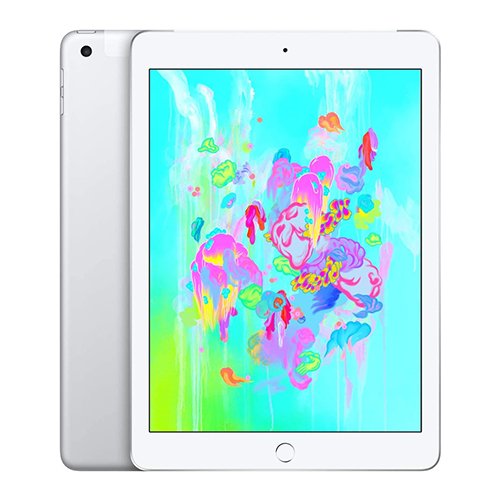 Featuring the A10 Fusion chip, multitask with ease and use demanding apps with the Apple iPad (6th Gen). Enjoy powerful portable computing with its 9.7-inch display and Apple Pencil support.

The larger Retina displays of either iPad make editing videos and watching them better. You can easily access photos and videos you’ve recorded with your other devices and add effects, crop, or apply filters to them to get share-worthy HD videos. It’s also much, much better to watch movies and TV shows on compared to smaller mobile devices.

The iPad 6th Gen and 7th Gen have the same cameras and storage options.

There are no discernible differences in either camera capabilities or internal storage for the 2018 and 2019 iPads. Their 1.2MP FaceTime HD cameras allow video calling over Wi-Fi or LTE and can record 720p HD clips. The same 8MP Wide cameras with 1080p HD video can also be found at their backs. You’ll likely prefer your mobile phone’s cameras to take photos and capture videos, but the iPad’s pair is handy as well.

You can choose from 32GB or 128GB variants for either iPad 6th Gen or 7th Gen. The lower storage option should prove enough for daily use but it can quickly fill up if you take numerous photos. Thankfully, you have cloud-based storage options such as iCloud, Google Drive, OneDrive and Box. Its Files app makes accessing all of your files much easier.

The iPad 7th Gen is compatible with the Smart Keyboard.

It should be pretty clear by now that the only real difference between the iPad 6th Gen and iPad 7th Gen is size. Everything else is the same inside. Other than simply giving users a nicer, larger display (if only by a bit), Apple increased the dimensions of the latest iPad to make it compatible with the Smart Keyboard, which can double as a case for the iPad as well as the iPad Air 3rd Gen. The previous 2018 iPad was only compatible with Bluetooth keyboards, so the new one gives owners a fully supported Apple accessory to use.

We can’t end this comparison without mentioning the Apple Pencil, as it’s a truly impressive tool that enriches the tablet experience you get from the iPad. Both 6th and 7th Gen iPads are compatible with the 1st generation Apple Pencil. Finally, both iPads have the same battery capacity, with a run time of up to 10 hours.

The iPad 7th Gen is simply better than the iPad 6th Gen.

Granted, all you get is a slightly larger display – a half-inch bigger to be accurate – if you opt for the Apple iPad 7th Gen, but it also lets you use the Smart Keyboard, which is a lot more responsive than other Bluetooth keyboards. The real kicker is the price. You can get the latest 2019 iPad for only a tiny bit more than what the 2018 iPad costs, and this difference shrinks further if you go for the 128GB or Wi-Fi + Cellular variants. As such, the iPad 7th Gen is easily the better choice.

There’s not much reason to go for the Apple iPad 6th Gen unless it becomes available with significant savings. This will likely happen in the future, especially once a new iPad comes out. By then, we can see the 2018 iPad dropping further in price, making this comparison more even if it means keeping a sizable amount in your wallet.

📌 What is the difference between iPad 6th and 7th generation?

The 6th and 7th generation iPads only differ in display size and the additional Smart Connector of the latter. The iPad 6th Gen (2018) has the traditional 9.7-inch screen while the iPad 7th Gen (2019) has a larger 10.2-inch display. The iPad 7’s Smart Connector lets you attach the new Smart Keyboard, which is a much better accessory than most third-party Bluetooth keyboards for tablets.

The 2019 iPad, or iPad 7th Gen, is easily better than the previous generation iPad. It has a larger display along with better accessory options. While they sport the same system on chip and cameras, their price difference is minimal, making the iPad 7 the much better choice for a new iPad.

📌 What does iPad 7th generation mean?

It means that it’s the seventh version or edition of the original iPad, which has since branched out to other variations such as iPad Air, iPad mini, and iPad Pro. Since Apple continues to call newer versions of the original iPad as simply iPad, referring to them by their generation makes it easier to identify which model you’re talking about. Apple typically releases new generations of its products annually.

Yes, as of writing the 7th generation iPad, which was released in 2019, is the most recent iteration of Apple’s standard-sized iPad.