Apple has just refreshed its iPad Pro line earlier this year, making it faster, doubling its storage, and reducing its price. There are still two sizes to choose from, and that’s where most tablet shoppers will likely pause before grabbing one. We compare the iPad Pro 11-inch (2nd Generation) and the iPad Pro 12.9-inch (4th Generation) below to highlight the best reasons to pick either one. 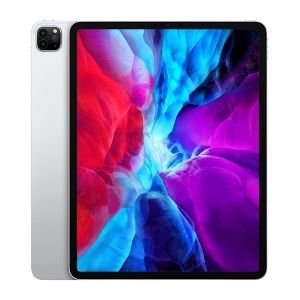 We’ll get right to the most important (and really the only practical) difference between these two iPad models: size. The iPad Pro 12.9-inch features a laptop-sized multi-touch display that provides plenty of screen real estate. On paper, the iPad Pro 11-inch doesn’t sound that much smaller. However, placing them side by side just shows how much more you get to see on the larger iPad 12.9 (4th Generation).

Having a larger screen makes certain activities better. Watching movies, sketching with the Apple Pencil, multitasking, video editing, and more all benefit from the extra screen space. However, that does make the iPad Pro 12.9-inch less portable than the iPad 11, since you’ll need to handle a wider and longer device. The iPad Pro 11-inch is also much easier to carry around and fit into bags as it’s sized the same as the base iPad but with slimmer bezels.

Elsewhere, the design of both new iPad Pro models is identical. There are also no real differences from their previous generations aside from the rear cameras. The iPad Pro 12.9-inch is 50% heavier than the iPad Pro 11-inch, which means you’ll notice the extra weight in your hands sooner. They’re both lightweight tablets though, and besides, you’ll likely use them placed on the desk or on your lap. 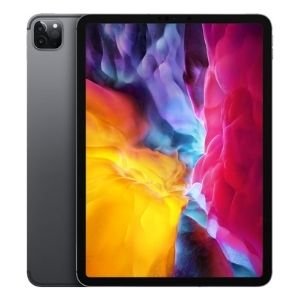 Apple promises a performance better than most PCs with the iPad Pro (11-inch, 2nd Gen) and, as it is powered by the A12Z Bionic chip, it certainly delivers.

“It’s so fast most PC laptops can’t catch up.” So says Apple’s introduction for the 2020 iPad Pro lineup and they won’t be far wrong. The previous generation of iPad Pro tablets already had impressive hardware capable of outstripping PCs. Now with the upgraded Apple A12Z Bionic chip, embedded M12 coprocessor, Neural Engine, and 64-bit desktop-class architecture, the iPad 11 and 12.9 tablets are easily among the fastest mobile devices today.

You can find a variety of “pro” apps that are specially designed to utilize the 8-core graphics processor and 6GB RAM of the iPad Pro. It can handle intensive tasks like 4K video editing, augmented reality, and 3D graphics design smoothly. More importantly, Apple has improved its thermal design so it can sustain peak performance even when crunching double time.

There’s no difference between the iPad Pro 11-inch and 12.9-inch when it comes to processing speed and overall performance. However, if you’re looking for a laptop replacement, we’d say the larger iPad Pro is better suited to the role. Its screen is as big as most top-end laptops so you get just as much real estate for your workflow. Moreover, size also affects a key accessory that can further impact how the iPad Pro is used in lieu of a laptop. More on this below.

The iPad Pro 11-inch and 12.9-inch have the same cameras and storage options.

Once again, there are no differences between the cameras on the iPad Pro 11 and 12.9. They have the same 7MP TrueDepth camera which enables secure facial authentication via Face ID and of course, lets you make video calls with FaceTime. The same 12MP Wide and 10MP Ultra Wide lenses can be found on the back, and they’re now housed in an array that slightly sticks out from the case, just like the iPhone 11 Pro.

Apple wasn’t satisfied with just adding the Ultra Wide sensor on its 2020 iPad Pro. They also threw in a LiDAR Scanner, which stands for Light Detection and Ranging and is used to measure light travel time to objects for accurate depth. It’s similar to the time-of-flight sensor of the iPhone 11 Pro and is used in AR and creative photography. To be honest, these camera upgrades seem overkill for a tablet, but they do cement the “Pro” tag solidly along with the rest of the iPad Pro’s specs.

One of the most welcome changes with the new 2020 iPad Pros is that they now have double the storage as before. Base internal memory is now 128GB, which is huge compared to the 64GB of the previous generation iPad Pro models. This goes up to 1TB for those who really want more storage, but there’s even better news there. The top-end models are considerably cheaper than their 2018 counterparts, priced at around $200 less for the 1TB cellular versions.

The iPad Pro 11-inch and 12.9-inch have the same battery life and accessories.

Interestingly, the iPad Pro 12.9-inch doesn’t have a larger battery capacity than the smaller iPad Pro 11-inch. You can enjoy up to 10 hours of online surfing or video playback, or up to 9 hours if using a cellular network connection, on both iPad 11 and 12.9. This has been pretty standard for the iPad Pro series and is sufficient considering their size and intended use makes them likelier to be near an outlet for quick recharging.

What’s more interesting here is the new accessory that Apple is introducing for the 2020 iPad Pro. It’s called Magic Keyboard, so named for how it seemingly holds up the iPad Pro so that it floats above the keyboard. It attaches magnetically and provides better spacing and larger keys to make typing easier on your fingers. But the big news about it is of course its trackpad. You’ll now have access to a cursor thanks to a recent iOS update, making text editing, menu selection, and app navigation even better.

The iPad Pro 12.9-inch has a slight edge over the 11-inch here since its keyboard size is closer to those used for desktop and laptop computers. You’ll have little to no adjusting to do when typing from a PC and switching to the iPad Pro as the key spacing and size are almost identical. In comparison, the keyboard for the iPad Pro 11-inch is smaller and tighter, even more so if you opt for the Smart Keyboard Folio or just use the virtual keyboard.

The iPad Pro 12.9-inch works better as a laptop alternative while the iPad Pro 11-inch is recommended for everyone else.

Apple promises a performance better than most PCs with the iPad Pro (11-inch, 2nd Gen) and, as it is powered by the A12Z Bionic chip, it certainly delivers.

As you can see, despite size being the only real factor to consider here, it plays a big role in getting the iPad Pro best suited for what you want it to do. With a larger display and the option for a full-size keyboard, the iPad Pro 12.9-inch (4th Gen) is simply better if you want an alternative to a laptop. You get the same amount of screen real estate while enjoying better portability. It’s well-suited for students and professionals looking to create graphics, edit spreadsheets, write up reports, etc., as it enhances productivity with improved multitasking features.

Still, the price tag of the iPad Pro 12.9-inch is steep, especially if you start going up on storage size and add nearly essential accessories like the Apple Pencil and Smart Keyboard. This makes the iPad Pro 11-inch (2nd Gen) the more cost-effective choice since you get all of the Pro’s best features while only compromising on display size. It’s still a larger screen than other current iPads and it’s lighter than the 12.9-inch version, so you’ll love being able to carry it wherever you go.