Apple took their iconic iPhone to new heights by attaching the Pro tag to its latest generation. With beefed up specs and an impressive new camera array, the iPhone 11 Pro is one of the top releases in 2019. Samsung is taking a different tack in innovating in the smartphone space with the Galaxy Z Flip, which releases this year. It combines a premium display with a foldable design that gives it plenty of portability. Which one should you get? We discuss their pros and cons below. 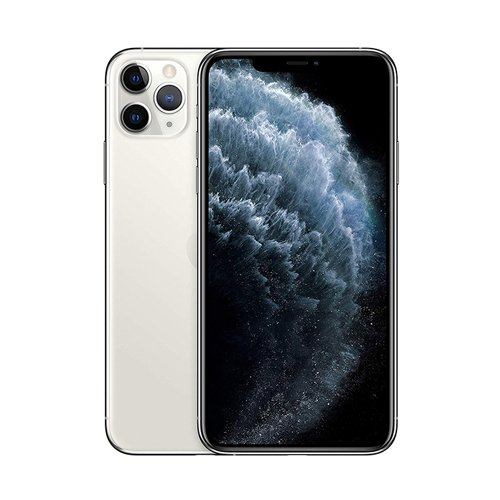 The Galaxy Z Flip has a larger screen but smaller footprint than the iPhone 11 Pro.

The standout feature of the Samsung Galaxy Z Flip is, of course, its flip phone design. When closed, the Z Flip is a lot smaller than any flagship smartphone today, allowing it to easily fit into your pockets. It fully opens out flat, giving it the appearance of a typical touchscreen phone, though there’s a noticeable crease in the middle.

Folding and opening the Galaxy Z Flip feels smooth and satisfying. There’s no audible click or creaking sensation on the Hideaway Hinge and you can open it out to any angle. This means you can let it stand on the table at a 45-degree orientation and still use the phone through its Flex Mode. You’ll still want to use both hands to open it though, as the hinge is a bit more snug than the old flip phones used to be.

If the Z Flip is a brand new look to Galaxy phones, then the iPhone 11 Pro is more of a familiar face to Apple’s flagship device. It looks quite similar in general to the past couple of iterations, though there’s a bit more going on at the back. Apple went for industrial colors with the Pro compared to the colorful versions of the standard iPhone 11. In addition, the phone’s three rear cameras are now housed in a matte glass that slightly sticks out.

There’s no denying that the iPhone 11 Pro definitely nails the “Pro” vibe with its design. It’s the smallest of the three variants of the iPhone 11, making it a bit easier to handle. Its glass back looks fantastic in particular, not simply because of that eye-catching camera array, but because it’s premium without the typical garish gloss. In comparison, the Galaxy Z Flip is very prone to fingerprint marks which is unfortunate since it looks great otherwise.

The Galaxy Z Flip has a larger display than the iPhone 11 Pro.

It might not seem like it when it’s folded, but the Galaxy Z Flip has a much larger display than the iPhone 11 Pro. Taken diagonally, the Dynamic AMOLED display of the Z Flip measures 6.7 inches while the iPhone 11’s OLED Super Retina XDR is only 5.8 inches. Granted, the Z Flip looks longer than most screens we’re used to, but it’s plenty of screen real estate for those who want lots of it.

Samsung uses an entirely new material they’re calling Ultra Thin Glass for the Galaxy Z Flip’s display, which is an upgrade over the plastic used in the Galaxy Fold. This allows the new flip phone to remain smooth and lump-free, prevents rainbow colored sheen and is purported to be even more durable. The company claims that the Z Flip can be opened and closed 200,000 times without damage. 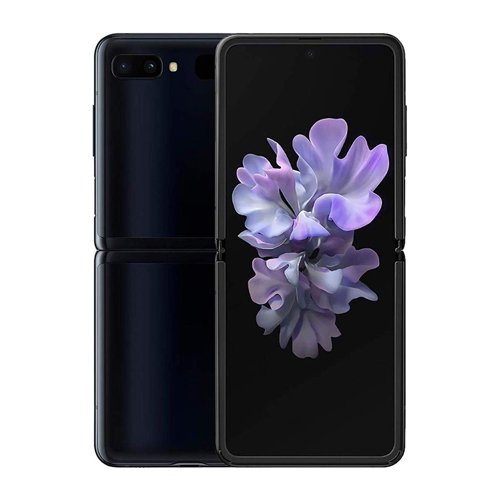 Featuring a breakthrough in compact design and ultra-thin folding glass display, the Samsung Galaxy Z Flip can close to half its size for unparalleled portability and convenience.

The foldable design of the Galaxy Z Flip allows for some pretty cool new uses. As its Hideaway Hinge is articulated, you can keep it open at varying angles instead of just fully opened or closed. This way you can keep it standing on your desk while you video chat for example, or take stabilized photos and more.

Last year the iPhone 11 Pro made waves for finally having an even better display than the Liquid Retina LCD of previous generations. It now has an OLED screen that’s a lot sharper and more vibrant than ever, and it’s brighter too. Testing shows that it reaches 750 nits, higher than most other flagships and double the 368 nits of the Galaxy Z Flip.

The iPhone 11 Pro is more powerful than the Galaxy Z Flip.

Powering the latest generation of the iPhone is the Apple A13 Bionic chip, which the company claims is the fastest ever chip on a smartphone. Turns out, they were 100% correct. So far, no other phone has posted better scores than the iPhone 11 Pro on benchmarking tests. Moreover, it’s designed to use around 40% less power too, which is part of the reason why the battery life of the iPhone 11 has improved.

Meanwhile, Samsung gave the Galaxy Z Flip a nice upgrade from last year’s flagship releases through the Qualcomm Snapdragon 855+ chip. On Geekbench the Galaxy Z Flip posted single and multi-core scores of 736 and 2685, respectively, which puts it on par with the S10 and Note 10. In comparison, the iPhone 11 Pro looks positively speedy with scores of 1330 and 3429.

In addition, the iOS experience feels much smoother and snappier than Android in general, especially on phones with reskins such as the OneUI of Samsung’s Galaxy lineup. Though this comes down to preference ultimately, a big reason why Apple fans continue to stick with the iPhone is its platform, as it’s leaner and offers a better supported app library as well.

Easily the biggest reason why most people would want the iPhone 11 Pro is its impressive camera array. Apple wasn’t afraid to make this stand out, and indeed it’s the best way to spot the iPhone 11 Pro from the crowd. The tech giant added a telephoto lens to the wide-angle and ultra wide-angle sensors to give users even more powerful photography tools at their disposal.

Not only are the iPhone 11 Pro’s cameras topnotch in terms of hardware specs, improvements on the Neural Engine of the A13 Bionic chip further enhance photos and videos on the fly. It uses Smart HDR technology to optimize a scene’s highlights and shadows, enhancing detail depending on foreground or background location. The result is sharper contrasts and more accurate colors, in addition to spectacular blur effects.

To be fair, the cameras on the Galaxy Z Flip are nothing to scoff at. They might not be as impressive since there are only two, but Samsung has put all of their latest image optimization technologies to bring out the best that their sensors capture. You’ll find the Z Flip to be right up there with the best of them if you’re after a smartphone with topnotch cameras.

The Galaxy Z Flip has a higher base storage and battery capacity than the iPhone 11 Pro.

While Apple gave the iPhone 11 Pro and its brethren a much need battery boost, the dual battery of the Samsung Galaxy Z Flip still comes out slightly ahead. Actual hours of usage will vary but Samsung touts that on average you can expect to get a day’s use out of the Z Flip.

Part of this will likely be due to the flip phone requiring less power if you’re only checking notifications, and that Flex Mode allows it to display up to two separate apps on either top or bottom half of the display. The addition of a cover screen right beside the main cameras gives users some control over the phone even though it’s closed. You can swipe to receive or decline calls, and tapping lets you go straight to that app once you unfold the Z Flip.

You can get the iPhone 11 Pro with 64GB, 256GB and 512GB internal storage, while the Galaxy Z Flip is only available with 256GB. Expandable memory is not an option with either, so you need to consider whether going for the less costly 64GB option of the iPhone 11 Pro will be sufficient, if you end up choosing it.

Finally, note that the Galaxy Z Flip has no water resistance rating whatsoever, so you need to be very careful not to get it wet. Its hinge is designed to repel dust away but there’s no safeguard against splashes or dunks in the pool. In contrast, the IP68 rating of the iPhone 11 Pro means it has better chances of surviving such mishaps, and minor splashes can easily be wiped without any impact.

The Galaxy Z Flip is worth it if you love the idea of a flip phone, but otherwise the iPhone 11 Pro is the safer pick.

Featuring a breakthrough in compact design and ultra-thin folding glass display, the Samsung Galaxy Z Flip can close to half its size for unparalleled portability and convenience.

Fans of the old clamshell phone era will rejoice that there’s now a modern version available from Samsung. The Samsung Galaxy Z Flip is much more promising than the company’s previous attempt at a foldable phone, and its display and build looks sturdier than ever. Since it costs much more than the iPhone 11 Pro, the Samsung Galaxy Z Flip is not easy to recommend, and really only makes sense if you know that you’ll be enjoying its flip functionalities.

As such, for most people the Apple iPhone 11 Pro would be the safer choice, as it’s less expensive while being faster and arguable better for photography. If you’re not crazy about having to physically open your phone all the time, the ease of simply looking at your phone to unlock it will feel really fantastic. Furthermore, it’s more durable too, since you not only don’t have to worry about folding screens, it’s water-resistant to boot.

No, the Samsung Galaxy Z Flip has no water resistance rating, so you need to keep it safe from splashes, rain, etc.

📌 Will Verizon get the Galaxy Z Flip?

📌 Does the Z Flip have wireless chaging?

Yes, the Samsung Galaxy Z Flip has wireless Powershare allowing it to be charged via WPC Qui wireless charging.

If you absolutely must have the best cameras and most advanced features in an iPhone, then yes, the iPhone 11 Pro will be worth the extra spend over the iPhone 11.

RELATED  Galaxy Z Flip vs iPhone 11 Pro Max (2021): Which Premium Smartphone Should You Get?