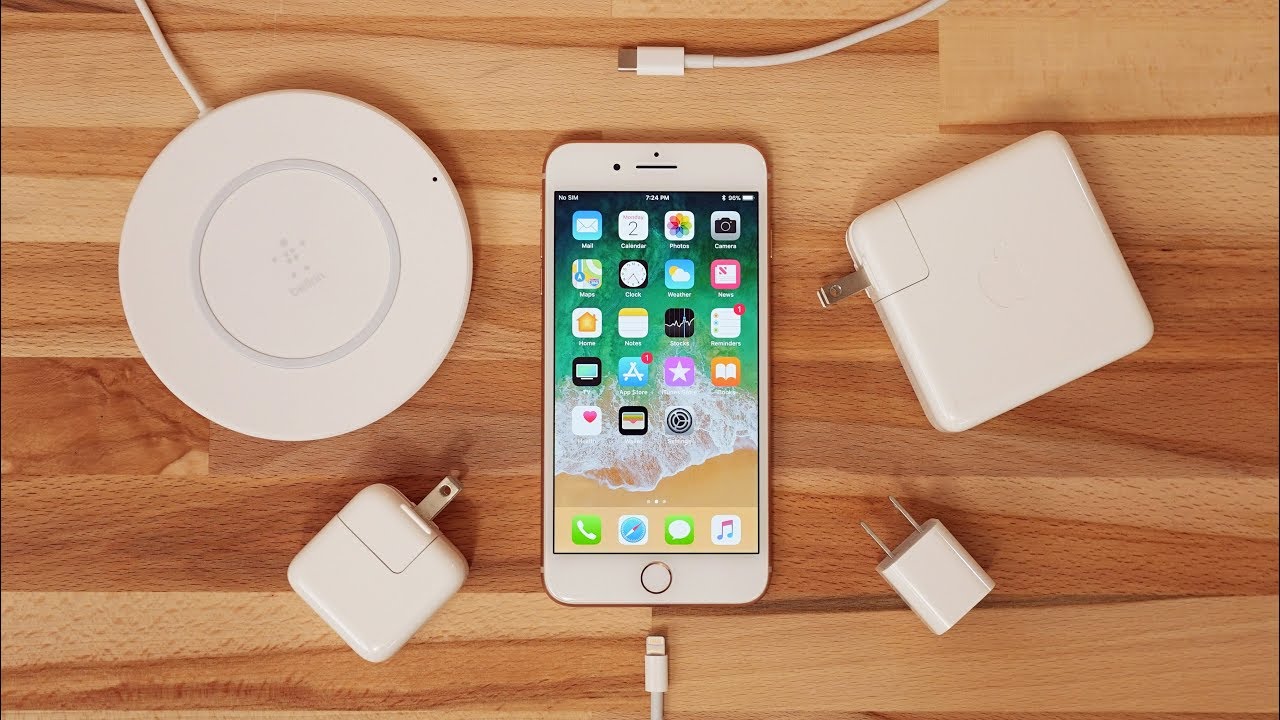 Back in September 2017, Apple released the iPhone 8 which sold well in stores. The Samsung Galaxy S9 came out months later on March 2018 and outsold the Apple phone in April. The iPhone quickly bounced back in May. As both handsets are so popular, it can be difficult to choose the right former flagship device for your needs. Here we’re providing a guide to the key differences between these phones.

The iPhone 8 also features a sleek all-glass design but it can’t compete with the edge-to-edge screen of the Galaxy S9.

At first glance, the iPhone 8 appears physically identical to previous models. What’s new is that it has an all-glass design although it does keep the same screen bezels, home button with Touch ID and lightning port. As for color options, the iPhone 8 is available in the classic finishes of space gray, silver and gold.

Some changes have been made to the Galaxy S9 too, though they aren’t evident. Like the iPhone 8, it is designed with glass on the front and back but carries a bigger screen. It has a fingerprint scanner on the back and a 3.55mm headphone jack on the bottom as well. The S9 comes in more interesting colors of coral blue, midnight black and lilac purple, however.

The iPhone 8 still uses an IPS LCD screen while the Galaxy S9 has a bigger and more advanced AMOLED.

Although the iPhone X sports an OLED screen, the iPhone 8 still uses a 4.7-inch IPS display with 1334×750 resolution and 326ppi. It does boast of Apple TrueTone technology which was first seen on the iPad Pro. This feature helps the device adapt to its surroundings so colors are more natural to look at.

The 5.8-inch Quad-HD AMOLED display on the Galaxy S9 isn’t just larger but also more advanced. It has a screen resolution of 2960×1440 and a pixel density of 567.5ppi. While the S9 doesn’t have anything similar to TrueTone, it does offer plenty of adjustable display settings including screen resolution and color profiles.

The Galaxy S9 carries a more powerful processor and greater RAM than the iPhone 8.

The iPhone 8 sports the six-core Apple A11 Bionic processor paired with an M11 coprocessor and 2GB RAM. It runs on the iOS 11 operating system which is considered the best version yet. The iPhone 8 doesn’t have expandable storage but comes in 64GB or 256GB options.

The Samsung Galaxy S9 has double the RAM at 4GB as well as an octa-core Qualcomm Snapdragon 845. By default, the S9 has either 64GB, 128GB or 256GB of internal storage but it supports micro-SD sizes up to 400GB.

The iPhone 8 has FaceTime HD while the Samsung Galaxy S9 allows aperture adjustment.

The Samsung Galaxy S9 has an 8-megapixel front camera, giving it a slight advantage over the 7-megapixel sensor of the iPhone 8. Apple counters that with FaceTime HD which is useful for clear and bright video calls.

Both the iPhone 8 and Galaxy S9 are equipped with a 12-megapixel main camera with digital zoom. However, the S9 has a wider and adjustable f/1.5 aperture along with a Pro mode for taking sharp photos in natural daylight. The iPhone makes up for that with a Portrait mode featuring fun photo effects like depth focus.

The Samsung Galaxy S9 has greater battery capacity but the iPhone 8 lasts just as long.

Same as its predecessor, the Galaxy S9 has a 3,000 mAh capacity battery that keeps the device running for over a day. This is understandable as the advanced processor and AMOLED screen requires more power to run.

The iPhone 8 has a smaller 1,821 mAh battery. Although it’s a far cry from what’s on the Galaxy S9, it’s capable of keeping the iPhone running for just as long. It’s unclear if this is because the iPhone 8 is more efficient at using its battery or because of its older components.

Both the Samsung Galaxy S9 and iPhone 8 are worthy of being former flagship devices. Still, the S9 offers more for your money, be it the camera, the headphone jack or the overall performance.

The iPhone 8 is a great smartphone and its iOS 11 is certainly easy to use. It also has a decent Apple A11 processor for running apps and games. There’s no denying that the Galaxy S9 is still the better device, though you’ll have to spend more. Not only does it have a bigger screen but also more features that allow it to compete with most phones available today.