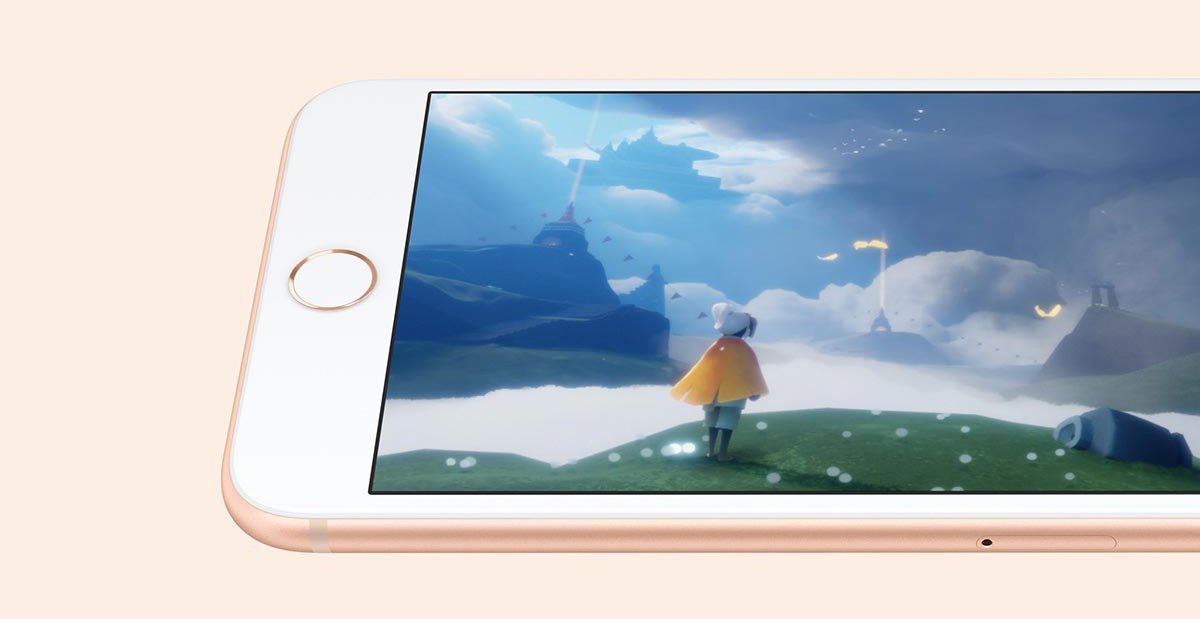 At a time when the bigger and better iPhone 8 Plus and iPhone X were available, the Apple iPhone 8 was the affordable top-end option. Today the Samsung Galaxy S10e is poised at a similar price point, right below the S10 and S10+. So how do these smartphones stack up against each other? More specifically, can the older iPhone model match anything the newer Galaxy has? Here’s a detailed comparison between each phones’ specs and features, followed by our recommendations on which device to get depending on your needs.

Sleek yet powerful, the Samsung Galaxy S10e lets you do more with less space. Enjoy immersive content on its almost frameless Cinematic Infinity Display and relive amazing moments with its impressive cameras.

The Galaxy S10e is practically bezel-less compared to the iPhone 8.

Right before the radical redesign of the iPhone X, the iPhone 8 was the last model to still have the huge top and bottom bezels on its display. It was already behind design-wise back then, since other Android phones like the Galaxy S8 were already stretching their displays as close to the edges as they could get. Well, it just looks even more dated today. Still, the iPhone 8 has an elegant glass back that actually improves grip and comfort, in addition to enabling wireless charging.

Placed side-by-side, the Galaxy S10e looks exactly like the futuristic device it technically is. It has an eye-popping 83.3% screen-to-body ratio while the iPhone 8 only has 65.4%. With its AMOLED display consuming almost the entire front, it makes the iPhone 8 look old-school. You’ll notice several visual features missing, such as the speaker grille, which is now right along the edge of the S10e, and the home button. Samsung decided to move the capacitive fingerprint sensor to the top-right edge where it can be naturally reached with your right-hand thumb.

Other notable differences include the two rear cameras (more on this below) placed at the center of the S10e as well as the audio jack at the bottom for earphones. Meanwhile the iPhone 8 continues to keep its single camera at the top-left while doing away with the audio jack completely. You’ll either have to go wireless or use the included Lightning dongle or earbuds.

The Galaxy S10e has more than twice the screen space of the iPhone 8.

Unsurprisingly, this is where the newer Samsung Galaxy S10e has the iPhone 8 beat in every way. Despite having roughly the same dimensions, the 5.8″ Infinity Display of the S10e has around a whopping 146% more screen real estate than the iPhone 8. Not only does it have a higher resolution of 1080 x 2280 pixels, it also has a pixel density of 438 ppi. Well, it’s not like this isn’t obvious by simply looking at their screens, but numbers do give specificity.

Speaking of the screen, it should be noted that iPhone 8 has kept the IPS LCD of the iPhone 6, 6S, and 7 — they’re all the same size and resolution: 4.7″ with 750 x 1334 pixels. The only real improvement the iPhone 8 has is True Tone, a feature introduced in the iPad Pro which adjusts color warmth to reduce eye strain. Apple really stuck to their winning formula as long as they could, but it was about time they shook things up the way they did with the iPhone X.

Other than just the number of pixels, the S10e’s Dynamic AMOLED display creates sharper details, wider viewing angles, and deeper black levels. Apple has at least moved on from the IPS LCD and onto OLED on the iPhone X and onwards.

The iPhone 8 has enough speed to match the Galaxy S10e.

To answer the not-so-rhetorical question posed at the introduction of this comparison, yes, there is something the older iPhone 8 can match the newer Galaxy S10e: performance. Back when it was released, the iPhone 8 was simply miles ahead of anything else Android phones could offer in terms of raw processing power. It was actually faster than a Core i5 MacBook Pro, which is crazy for a smartphone to achieve.

On Geekbench 4 the iPhone 8 received an overall score of 10,160, which was roughly 50% higher than other flagship phones at the time. In comparison, the Galaxy S10e received 10,513 on the same multi-core test. What this means is the iPhone 8 remains just as fast and powerful for today’s apps and games as it did several years ago. It hasn’t aged too badly that it would noticeably crawl while you’re using it. In fact, surfing the web, opening documents, and loading apps will be just as snappy. Check Price at Verizon.com Check Price at Walmart.com
We are reader supported. When you buy through our links we may earn an affiliate commission.

The S10e does have the upper hand when it comes to 3D-intensive titles, scoring 5488 on Sling Shot Extreme and 6037 on Sling Shot Extreme Unlimited, while the iPhone 8 got roughly half of that at 2720 and 3150, respectively. It will let you run games like Fortnite and Asphalt 9 Legends at maximum graphics settings. Moreover, the 256GB model also comes with 8GB of RAM, 2GB more than the 128GB model, so expect it to be slightly faster. Since games continue to demand more and more from a phone’s processor and GPU, you can expect a lot more longevity with the new Galaxy.

Even though it does not have dual rear cameras like the iPhone 8 Plus and iPhone X, the iPhone 8 still received new sensors and an enhanced image signal processor. Suffice to say that it takes great photos that show a lot of detail even zoomed in, and it works well even in low light. It was also one of the first to feature 4k videos at 60 fps and slow-motion 1080p videos at 240 fps. Fast forward to today and you’d be happy with how well the iPhone 8’s cameras have kept up.

In comparison, the Galaxy S10e does feature dual main cameras with wide-angle and ultra-wide angle lenses, letting you take crisp shots of scenes as you see it. These are the same cameras that are also in the more expensive S10 and S10+, so Samsung didn’t skimp in the quality here. It does lack the additional telephoto lens and front-facing depth sensor of the S10+, but it doesn’t diminish the image quality of the photos you can take with it. With plenty of shooting modes and tools such as Live Focus and Scene Optimizer, you can get pretty creative in taking stellar pictures.

The Galaxy S10e has expandable memory and fast charging is included.

While both offer units with up to 256GB of internal storage, the Galaxy S10e has double the base storage of the iPhone 8 at 128GB while also allowing up to 512GB of expandable memory via MicroSD. You’ll certainly be able to cram a lot more in the S10e.

Runtimes are fairly comparable even though the iPhone 8 has a smaller battery capacity, as the S10e requires more power for its newer chipset. Charging each device is another matter altogether. Included inside the S10e’s box is a fast charging adapter and cable, while you have to buy a separate USB-C power adapter and a USB-C to Lightning cable for the iPhone 8 to get the same quick recharge. Wireless charging is supported for both phones but you’ll have to purchase them in addition.

The Samsung Galaxy S10e is better if it’s within your budget, but it doesn’t completely outclass the iPhone 8.

All things considered the Samsung Galaxy S10e is clearly better in every way, with the possible exception of overall performance. You’ll enjoy a terrific display that nearly reaches all of the device’s edges, with advanced cameras that feature the latest innovations. Plus, you can still plug in your headphones and expand your internal storage later on. It’s actually the least expensive of the latest Samsung flagship line, so if your budget deems it sensible, we give it our full recommendation.

However, if you don’t want to spend as much and just want a powerful phone for a lot less, the Apple iPhone 8 is a solid choice. Its outstanding cameras can take crisp photos with natural-looking colors, as well as high-res videos. Moreover, it was a speed demon of a phone during its prime and it’s still plenty fast for anything you might use it for today.

Samsung revealed that the “e” is the Galaxy S10e stands for “essential.”

Yes, the Samsung Galaxy S10e shares the same core features of the other more powerful S10 models while being considerably less costly.

Considering its reduced price, the iPhone 8 remains a solid compact phone that can rival other Android smartphones in terms of performance, cameras and features. While it may not have the advanced hardware and new tools of newer iPhones, it’s still very speedy and will be able to handle most apps with ease.

The iPhone 8 is faster and has an improved Retina display over the iPhone 7. Moreover, the iPhone 8 has bigger storage options, supports wireless charging, and has an upgraded Bluetooth version.