The much-awaited Fitbit Charge 4 and Fitbit Charge 4 Special Edition, the successors to the top-selling Charge 3, are now available to purchase. Fitbit finally equips its new fitness activity trackers with a built-in GPS, a feature requested by many of its users. Apart from this, what other upgrades does the have and how does it differ from the standard edition Charge 4? Read on to find out. 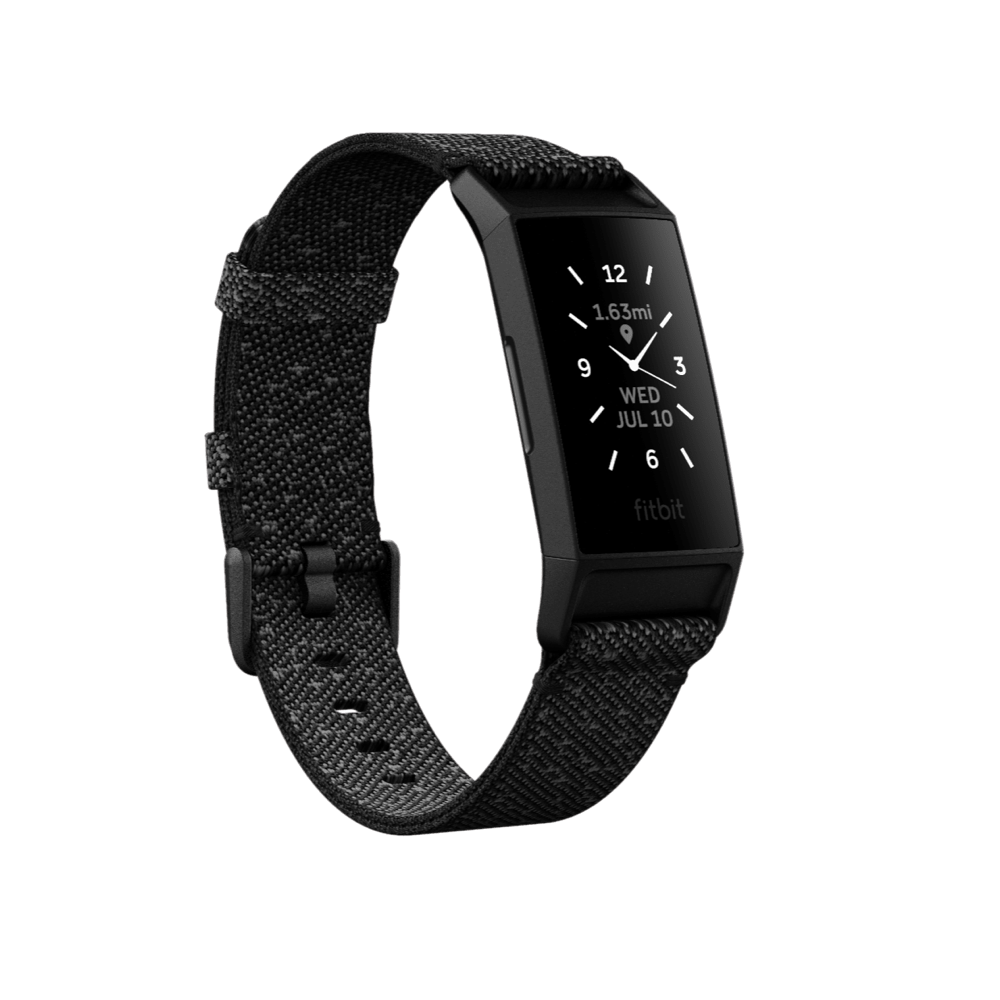 Check Price at Walmart Check Price on Verizon
We are reader supported. When you buy through our links we may earn an affiliate commission.

Consistent to previous Fitbit Charge launches, its flagship Charge 4 is available in special edition. For the Charge 3, the special edition meant getting the Fitbit Pay feature and a woven band instead of the classic one. The upcoming Charge 4 lineup has made Fitbit Pay a standard inclusion for the standard and the Charge 4 Special Edition (SE).

The only difference we have seen so far between the standard and the Charge 4 Special Edition is the strap material. For an extra 20 USD more, you will get a black reflective woven band and a classic black sport band with your purchase. This reflective woven band is perfect for users who spend time outdoors while it’s still dark.

A built-in GPS has long been a much-requested feature among Fitbit users, and the Charge 4 is the company’s answer to that. Both the regular Charge 4 and the Charge 4 Special Edition (SE) are the only Fitbit fitness trackers that don’t rely on your smartphone to track and record your distance and pace.

Even the Fitbit smartwatches don’t come with a built-in GPS. Those who like doing sports or workouts without the hassle of carrying a smartphone will find this upgrade helpful. Fitbit also offers GPS-based workouts from its app to maximize this new feature.

Fitbit rolled out its new Active Zone Minutes in the standard Charge 4 and the Charge 4 Special Edition. Through this upgrade, you can set your Active Zone Minutes goal and based on your heart rate metrics, receive bespoke recommendations to achieve your target steps, distances, exercises, and workouts.

It further gives more credit to high-intensity activities to help push you to get your heart rate up. Your height, weight Fitbit announced that they will roll this out in its smartwatches, but have not mentioned anything about including the Active Zone Minutes in the older Charge models.

The Charge 4’s smart Wake feature is the same. Fitbit announced that the latest Charge 4 (including the Special Edition) will offer the smart Wake, but it’s “coming soon.” When exactly remains to be seen. We’re hopeful that this will be released much sooner as this was already available in the company’s smartwatch lineup.

Once Fitbit activates this your Charge 4 can wake you up at the most optimal time as based on your sleep data. The smart Wake will wake you up during your REM or light sleep in the morning so you feel better invigorated upon waking up.

Whether you opt for the standard Charge 4 or the Special Edition one, you’ll be able to enjoy contactless payment at select establishments that accept Fitbit Pay. You can set-up your bank or card with your Charge 4 and you can pay using your Fitbit. As long as the establishment accepts contactless payment such as Apple Pay and Google Pay, you can use Fitbit Pay. This alleviates the need to take your phone or wallet with you when you go running or biking.

Another minor, but definitely convenient, upgrade found in the Charge 4 is the ability to manage Spotify tracks directly from your fitness tracker. This is helpful for users whose headphones don’t have a user-friendly interface for managing tracks.

Fitbit Pay works because of the near-field communication (NFC) connectivity equipped in your Charge 4. This further makes pairing your Fitbit with your device a quick and straightforward process. Simply download the Fitbit app, hold the Charge 4 close to your device, and follow the on-screen instructions.

Both the standard Charge 4 and the Charge 4 Special Edition are compatible with iOS, Android, and Windows. This ensures any smartphone user can pair a Fitbit with their device. Alerts for calls and messages are also available for Android users.

To yield accurate results and heart rate data interpretations, including sleep quality, it is recommended that you wear your Fitbit even while you sleep. This is why the Charge 4’s battery life can last for up to 7 days. This way, you can wear your fitness tracker almost 24/7. However, frequent use of the built-in GPS will yield remarkably shorter usage hours.

Certified 5ATM, both the standard and the Charge 4 Special Edition can withstand fresh water submersion for up to 50 meters. This allows you to track and record your swim sets, pace, distance, and intensity, among others. It is worth noting that the woven band dries much more slowly than the classic sport band, so if you intend on using your Fitbit for swimming, this is something to consider.

Getting the Fitbit Charge 4 Special Edition that comes with a reflective woven band for an additional 20 USD offers great value for your money. A separate purchase of the Fitbit woven band costs around 35 USD each, thus you save around 15 USD if you get the special edition. It also comes with the classic sport band so switching won’t be a problem. However, if you don’t want the black woven band at all or want a different color, you’re better off getting the standard Charge 4 version.

📌 What’s the difference between and Special Edition?

The Charge 4 is the first Fitbit Charge model to feature in built GPS tracking. This makes it an essential purchase for those who exercise regularly and want to map their workouts.

RELATED  Fitbit Luxe vs Versa 3 (2021): Should You Get A Fitness Tracker Or A Smartwatch?