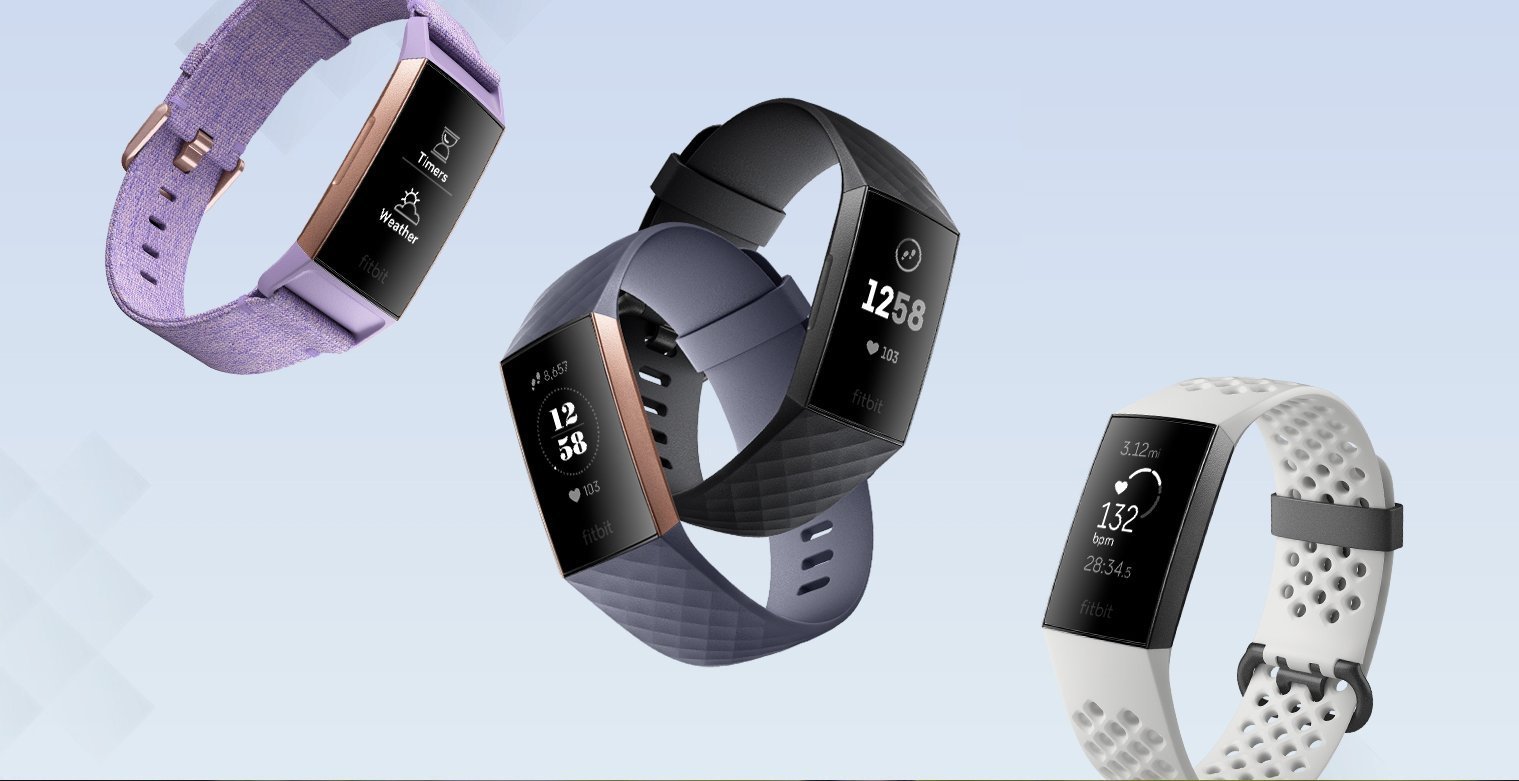 You might be wondering what exactly you’ll get if you pick up the Special Edition of the Fitbit Charge 3 over its standard version. The short answer: the Fitbit Charge 3 SE has an NFC enabling Fitbit Pay and it comes with an additional classic black wristband. If you’re looking to make mobile payments, it’s a pretty good deal for an extra $20. Read on for the rest of this comparison.

The Fitbit Charge 3 SE comes in either Sport or Woven wristbands, plus an extra black classic band.

There are two variations of the standard version of the Fitbit Charge 3: a graphite aluminum tracker with a black classic band and a rose gold aluminum one with a blue-grey classic band. The Special Edition comes in two combinations as well: graphite with a frost white Sport band and rose gold with a lavender Woven band. All of them look excellent and whichever looks best is purely up to your preferences.

RELATED  Fitbit vs Amazfit: Which Fitness Watch Should You Buy?

If you go for one of the Special Edition versions you’ll get an extra black classic band to change whenever you like it. It might not be much considering you can look for other more unique looking straps, but it’s nice to have.

As you can see there are no other practical design differences between the two. Its touchscreen display is 40% larger and its aluminum body is 20% lighter than the Charge 2, making it more comfortable to wear and easier to operate. A small inductive button is located at the left edge of the screen, and while it takes some getting used to, its tactile feedback helps you know when it’s working.

Both fitness trackers have the same activity tracking features.

Few fitness trackers can match the Fitbit Charge 3’s functionalities when it comes to recording your workout progress and monitoring your health. Its built-in heart rate monitor works 24/7 and it will remind you to get active if you haven’t been moving enough for the day. You can more easily reach your fitness goals this way, especially during runs, since you can connect to your phone’s GPS to see your pace and distance traveled.

It’s completely waterproof up to 50 meters, so it’s highly desired by those looking to keep track of their swimming sessions. It’ll also automatically recognize different forms of exercises along with your calorie burn to help you paint a better picture of your overall journey.

The Fitbit Charge 3 SE has NFC to enable Fitbit Pay.

RELATED  Apple Watch vs Moto 360: It's A Matter Of Style

Here’s the biggest and perhaps only reason to get the Fitbit Charge 3 SE. With a built-in near-field communication (NFC) chip you can now use Fitbit Pay in any store that accepts NFC transactions. You simply hold it near the provided terminal to check your cart out. It’s just like Apple Pay, but some banks may not have support for it yet considering it’s newer. Make sure that you verify with your bank first to ensure that you’ll be able to actually use Fitbit Pay.

Both fitness trackers have the same compatibility and battery life.

Fitbit made sure that the Charge 3 works with any mobile phone, so you can simply pair it with yours via Bluetooth. Its phenomenal battery life is one of the best among wearables. You can wear it for up to 7 days without needing to take it off for a recharge. That also means you can easily take advantage of its automatic sleep tracking, which lets you know the quality of your sleep and whether you’re getting enough.

Only get the Fitbit Charge 3 SE if you intend to use Fitbit Pay.

Choosing the Fitbit Charge 3 is a no-brainer if you’re looking for a focused activity tracker to help you reach your fitness goals. There’s really no need to go for the Charge 3 Special Edition if you’re not going to make contactless payments, though, since you can purchase wrist strap bundles with different designs and colors at a lower price. If your bank supports Fitbit Pay, however, then adding a little bit to the price for a feature that could mean a lot of convenience later on will pay for itself. Paying for groceries with just your watch is fun, too, and you can enjoy the incredulous looks you’ll get from people who think you’re about to exit without paying.

RELATED  Fitbit Charge 2 vs Charge 3: Is The Upgrade Worth It?

We help you make informed spending decisions with our clear reviews and handy comparison charts.