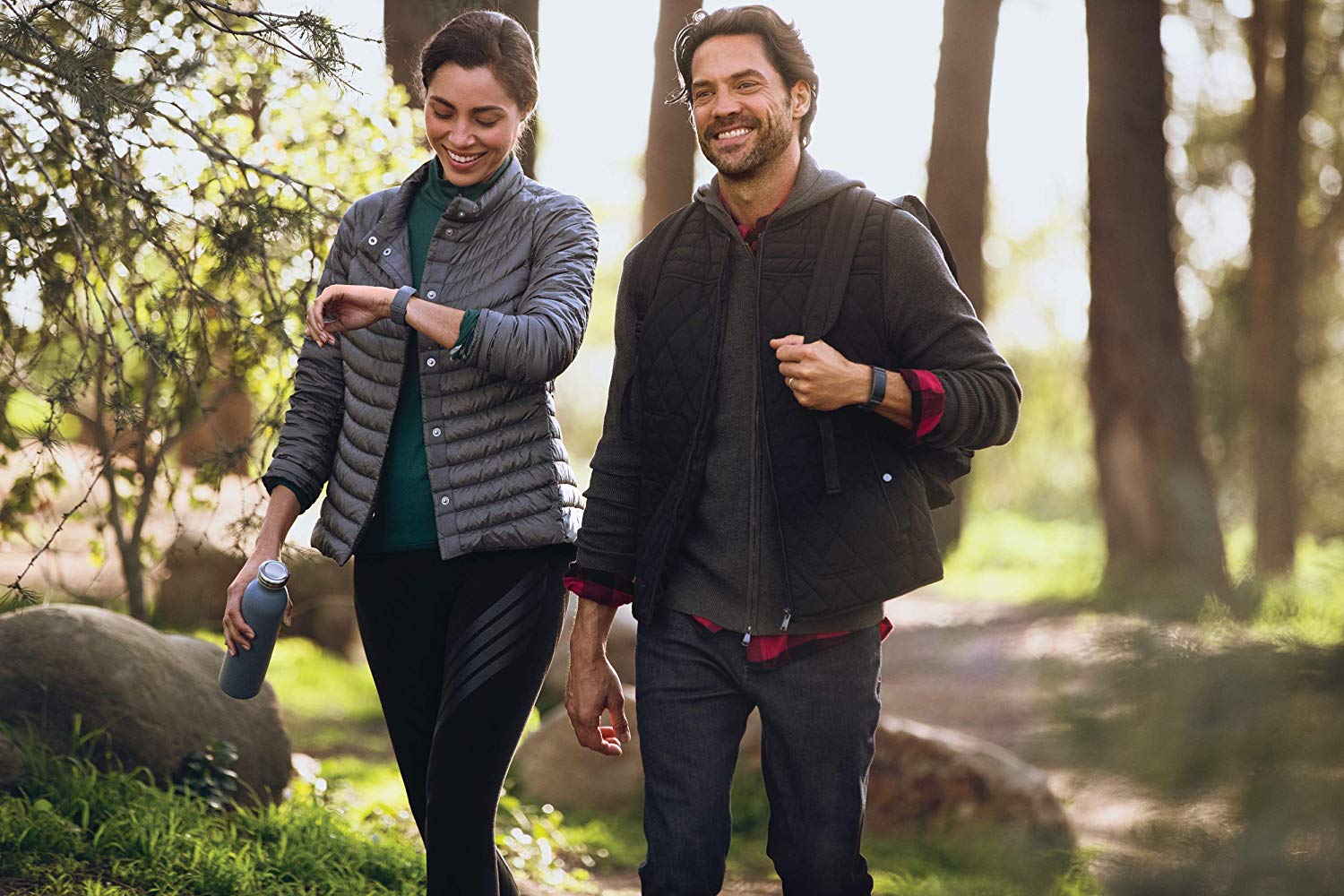 One of the newer Fitbit models is the Charge 3, the predecessor to the very well-received Charge 2. The Charge 2 has held its ground as one of the best fitness trackers on the market, but the Charge 3 comes fully decked out with new features that just might knock the Charge 2 out of the top spot. Find out if the upgrade is worth it in our detailed comparison below!

At a glance, the Charge 2 and Charge 3 seem very similar, but there are some key differences to take into consideration.

The Charge 3 maintains pretty much the same aesthetic as the Charge 2, save for a few differences. For example, the Charge 3 is noticeably slimmer and thinner than the Charge 2. This automatically translates to a lighter and more comfortable fit.

On top of that, the Charge 3 uses a scratch-proof Gorilla Glass 3 screen and boasts a sleek, aluminum body. The Charge 3 also has a larger touchscreen display which allows more room to navigate the Fitbit user interface. It also has a higher resolution screen, albeit still in black and white.

The Charge 3 boasts a bigger and better screen with an inductive home button.

The screen is one of the best upgrades on the Charge 3. While it is still black and white like the Charge 2, the Charge 3’s larger, redefined touchscreen ensures a better user experience overall. It also features an inductive button, but it is essentially a home button.

The Charge 3 also allows you to set goals which is a feature only available via the app on the previous Fitbit models. You can also interact with the notifications, as well as incoming calls and texts. With a simple swipe, you’re able to see key stats such as steps, distance, and more.

The Charge 3 has a number of new and more attractive features that may be deal breakers for the Charge 2.

The Charge 3 builds on all these features, but with a significantly more accurate heart rate sensor and an equally accurate SpO2 sensor which measures the amount of oxygen in the blood. The sleep tracking feature on the Charge 3 has also been enhanced to provide more insightful data.

While this is all well and good, our favorite new feature on the Charge 3 is undoubtedly its heightened water resistance. Unlike the Charge 2 which is only sweat- and splash-proof, the Charge 3 takes it a step further by being swimproof up to 50 meters underwater with a swim tracking feature to boot.  Additionally, the Charge 3 also has a Female Health Tracking feature which allows users to track parts of their menstrual cycle like ovulation.

The Charge 3 has a more prolonged battery life compared to the Charge 2.

For only a slightly higher price, the Charge 3 gives users more bang for their buck.

Sure, you get the Charge 2 for a discounted price now that the Charge 3 is out, but if you’re in the market for a fitness tracker, then the Charge 3 definitely gives you more bang for your buck. The new features, improved water resistance, and better activity tracking overall are definitely worth the small difference in price.

RELATED  Fitbit Versa 2 vs Charge 3 (2021): Which Fitness Tracker Should You Get?