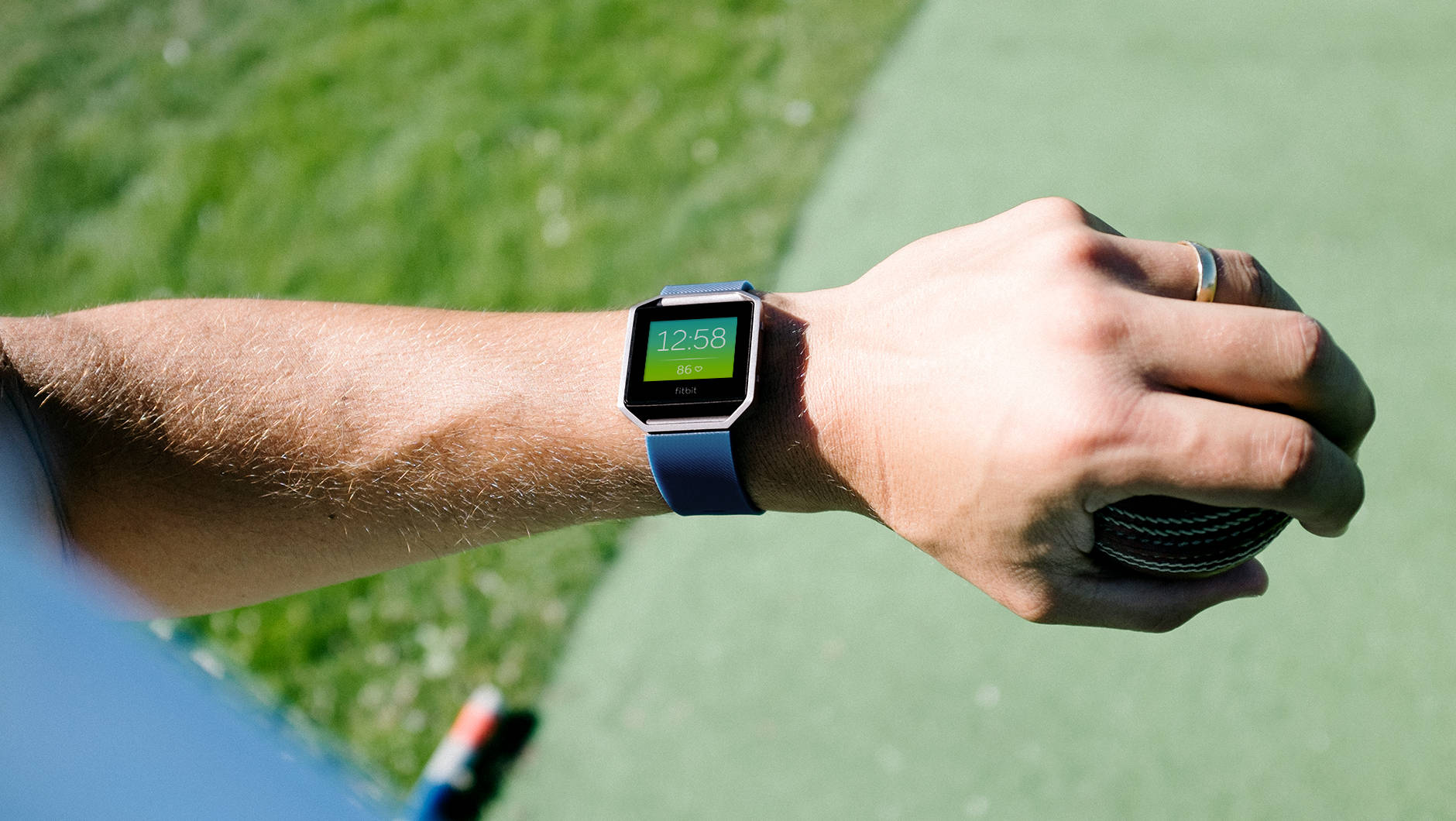 The Blaze resembles more of a smartwatch, as opposed to the Charge 2 which retains Fitbit’s slim aesthetic.

The most immediate difference you’ll notice between these two models is the design. The Blaze was obviously made to look more like a smartwatch and is said to be in direct competition with the similar-looking Apple Watch. However, the Blaze is significantly slimmer and sleeker, and you can swap out the default rubber strap for other designs and materials.

The Blaze has an overall more masculine look, while the Charge 2 still resembles the original Charge. The Charge 2 uses the trusted Fitbit band that many users have grown to love and looks much sleeker than most other fitness trackers on the market.

Another key difference between the Blaze and the Charge 2 is their screens. The Charge 2 has a black and white OLED screen that’s four times bigger than its predecessor, but it’s no match to the Blaze’s much larger 16-color display measuring at 1.25 inches diagonally. This is also probably why the Blaze costs more upfront.

As far as features go, the Blaze has easily kept in step with the Charge 2.

The Charge 2 and the Blaze are similar in many ways but more so when you look at their features. For activity tracking, you can rely on both models to effectively track steps, stair climbs, resting heart rate, calories burned, active time, and sleep quality. Both models also have sports modes track exercises based off of the heart rate monitor.

They also both have SmartTrack which automatically detects exercises and tracks them from within the Fitbit app. Unfortunately, neither of them have a dedicated GPS built-in and still relies on Connected GPS and your smartphone to get accurate location data.

Some features that have been specific to the Charge 2 have now been included in the Blaze as well. These features include VO2 Max, Guided Breathing, Sleep Stages, and FitStar. It is worth noting, however, that the Blaze’s larger screen means it can provide better and more detailed notifications compared to the Charge 2.

The Blaze and Charge 2 track heart rate the same way, but both struggle when it comes to high-intensity workouts.

Using Fitbit’s PurePulse sensor, the Blaze and the Charge 2 perform quite similarly when it comes to tracking heart rate. Both are accurate when doing moderate activity, light exercises, or steady running, with both staying within 5 bps of a chest strap we used during testing. However, when it came to high-intensity workouts, both devices struggled to keep up and keep track of the rapid increase in heart rate. If you’re planning on using any of these devices to see if your heartbeat is hitting new highs, it may difficult to rely on them for accurate readings.

On each full charge, Fitbit claims that both the Blaze and the Charge 2 lasts 5 days.

In our testing, the Blaze was able to keep its promise and expired after 5 days of continued use. By “continued use”, we mean everything was turned on and we even used it to track some workouts. The Charge 2 lasted slightly longer, but not long enough to be considered significant. Overall, both devices are pretty impressive, but still not the best in the market.

With so many similarities between the Blaze and the Charge 2, your decision ultimately boils down to the design.

The Charge 2 was initially our frontrunner, but with the recent updates on the Blaze features, the former has lost its edge. Now, both are virtually identical in terms of features, performance, and longevity. This means your decision will now be based off of the design.

If you want something sleeker and more discreet, then the Charge 2 is probably the better choice. If you don’t mind having something a little bulkier and a little more expensive on your wrist, then the Blaze is your best bet.

RELATED  Garmin vívosmart 4 vs Fitbit Inspire 2 (2021): How Do These Fitness Trackers Compare?