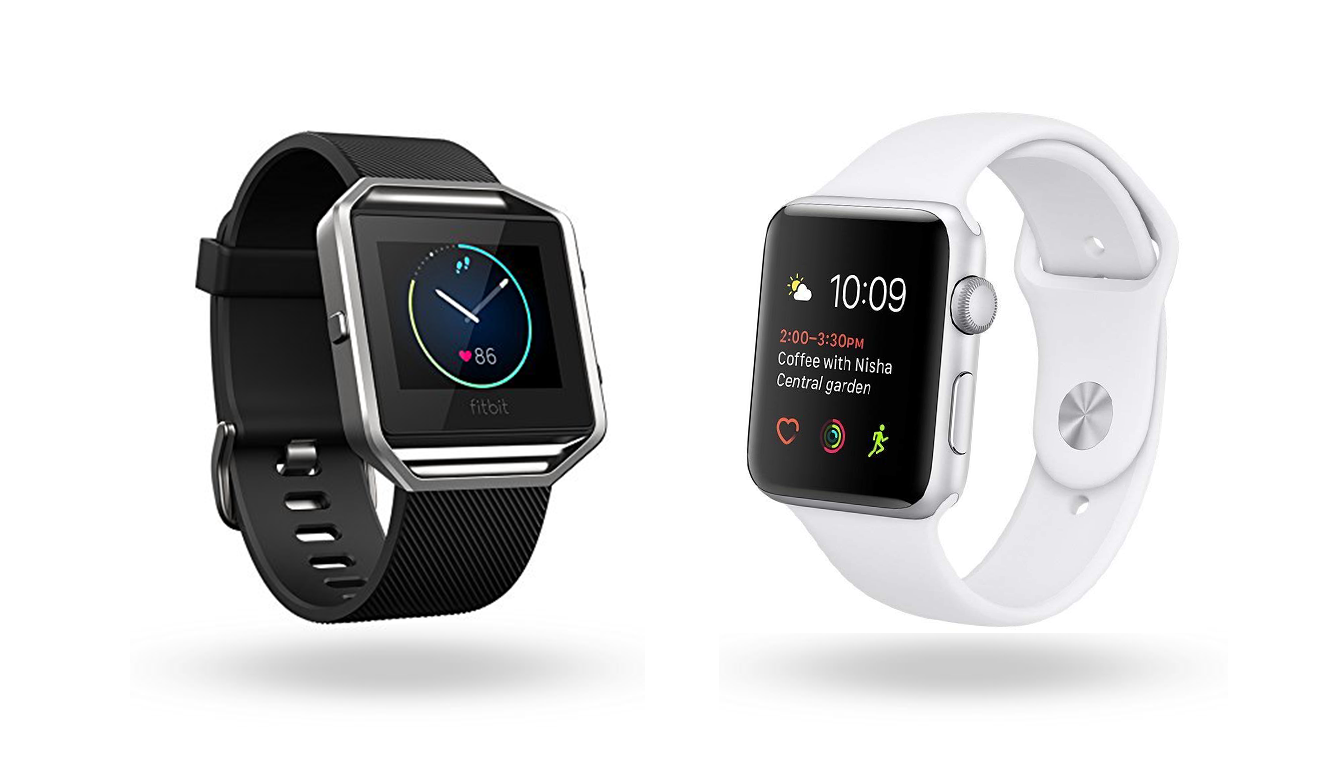 Fitbit and Apple’s wearable gadgets weren’t in direct competition until Fitbit Blaze and the Apple Watch Series 2 hit the market. Both products were intended to combine fitness tracker and smartwatch into one device, and their similar features gave consumers a tougher choice. We took a look at various aspects of each wearable to see if either should be recommended over the other, and surprisingly, it’s not a close match at all.

Apple managed to combine sleek and sporty into the Apple Watch, cementing its spot as the premium wearable. Its smooth, rounded edges and metal finish simply looks more impressive than the thick hexagonal frame of the Fitbit Blaze. The Apple Watch also maximizes its available width, as its 312 x 390 pixel display almost reaches the edges, while the Blaze has a thick bezel that reduces its screen space to 272 x 340 pixels. We should also mention that the AMOLED Display on the Apple Watch looks crisper.

Build-wise, the Apple Watch trumps the Fitbit Blaze in another key area: water-resistance. The Apple Watch is waterproof up to 5 ATM or 50 meters, so you can take it diving without worry. Meanwhile, the Fitbit Blaze can only handle up to 1 ATM, so it can ward off sweat and rain and maybe survive an accidental splash into water.

Both devices have customizable bands that can change their look from classy to modern. It’s a bit easier and quicker to change the straps of the Fitbit Blaze though, as it’s designed to be removed from the frame before it can be charged.

Being foremost a fitness tracker, the Fitbit Blaze offers plenty of features in this area: it can track steps taken, distance traveled, calories burned, and elevation climbed, as well as monitor your heart rate and sleep time. However, Apple caught up to Fitbit in this area, offering all of the same functionalities with the exception of the sleep report.

The Apple Watch has a built-in GPS though, so you can track your route and measure your pace during runs, while the Fitbit Blaze will need to connect to your phone in order to do the same. In addition, the Apple Watch uses arm movement sensors to provide a stroke counter for swimming, so perhaps it has a slight edge over the Fitbit Blaze overall.

The Apple Watch has Wi-Fi connectivity and more available apps.

Here’s an area where the Apple Watch is clearly superior to the Fitbit Blaze. The number of apps you can add to your Apple Watch is huge compared to what’s available for the Fitbit Blaze. Both wearables will let you answer calls, receive calendar alerts, get notifications from Facebook and Gmail, and listen to music via Bluetooth. However, the Apple Watch has a speaker as well as voice command prompts. You’ll also be able to give quick replies to texts, and enjoy better connectivity with Wi-Fi and NFC capabilities.

The Fitbit Blaze supports multiple platforms and can last up to 5 days without charging.

Like with all Apple devices, the Apple Watch only plays with other iOS devices, so you’ll need at least an iPhone 5 for it. The Fitbit Blaze, on the other hand, works with all platforms, which is great if you prefer Android or Windows phones.

The Fitbit Blaze also trumps the Apple Watch in terms of battery life, as it can last up to 5 days compared to the latter’s 2 days. The Apple Watch is more convenient to charge though, since you can simply place it on a wireless charging base while you have to remove the Blaze from its base and plug it in.

Overall, the Apple Watch is the better wearable.

The Apple Watch is the clear winner here, as it has more smart features, better connectivity, wider app support, a more stylish look, and a more durable build. In comparison, the best features Fitbit’s wearable has over Apple’s is its longer battery life and sleep tracking. With only a slight difference in their prices now that there are newer models available, the Apple Watch simply offers better value, well worth the additional cost over the Fitbit Blaze’s cheaper tag. That said, it will only work with iPhones, so devoted Android or Windows Phone users will have to settle for the Fitbit.