Without a doubt, the DJI OM 5 smartphone gimbal is an improvement over the DJI OM 4 in many ways, from additional features to functionality. However, its predecessor isn’t down and out just yet, as it still does a few things better. On top of that, it’s often cheaper nowadays since it’s been replaced by the DJI OM 4 SE, which is essentially the same but without a magnetic ring holder. That’s another story for another time, though.

In this DJI OM 5 review, we compare the Osmo Mobile 4 to the Osmo Mobile 5 to clear up their differences. That way, we can hopefully help you make a more informed buying decision.

From an aesthetic perspective, the DJI OM 5 and DJI OM 4 look similar with only a few differences here and there.

In addition, the OM 5’s magnetic phone clamp is thicker and, by the same token, sturdier, as evidenced by its heavier weight—34g as opposed to 32.6g, to be exact. Regardless, the two are interchangeable, meaning you can use the OM 5’s clamp on the OM 4 and vice-versa. Along a similar vein, they use the same tripod too, and just to be clear, either one will work with both gimbals with their universal quarter-inch mounts.

One less important difference is the position of the power button. In the OM 5’s case, it has been moved to the side right above the zoom slider. For the record, the rest of the control layout is pretty much the same, from their joysticks to their shutter/record and switch buttons. Another thing that may be worth a mention is the placement of their rubber grips. The OM 4 has it on the front, whereas the OM 5 has it on the back.

Last but not least, the OM 4 is available only in one color: gray. Meanwhile, the OM 5 comes in Athens Gray and Sunset White. If nothing else, you get one more option to personalize it a bit.

The DJI OM 5 and DJI OM 4 are compatible with more or less the same smartphones.

When it comes to similarities, the DJI OM 5 has a lot in common with the DJI OM 4. For starters, the two use the same 3-axis stabilization and Bluetooth Low Energy 5.0, and they even have the same control speed of 120 degrees per second. What’s more, they can be used with smartphones that weigh up to 290g, a thickness of 6.9mm to 10mm and a width of 67mm to 84mm. In other words, they’re compatible with devices such as the iPhone 13 and the Google Pixel 6.

Notably, what sets the OM 5 apart from the OM 4 is its newer ActiveTrack 4.0. According to DJI, it has faster responsiveness and enhanced recognition. Spoiler alert: it lives up to its word, capable of keeping track of objects and subjects far better than ActiveTrack 3.0. It even has a new face-tracking feature for selfie mode, going hand in hand with its integrated extension rod.

While these gimbals use the same DJI Mimo app, the OM 5 has a new ShotGuides feature. Put simply, it can help beginners get incredible and creative shots right from the get-go. Put more concretely, it can recognize environments and provide some tips and even templates, allowing just about anyone to take photos or record videos like a pro.

Click here for our Google Pixel 6 vs iPhone 13 comparison.

Compared to its siblings, the DJI OM 5 gimbal is in another class of its own, standing out from the pack with a built-in extension rod that can go up to 215mm. Basically, it can double as a selfie stick, but that’s oversimplifying it. What makes this notable is the flexibility it brings to the table in framing shots, including a wider field of view when doing things like vlogging.

In terms of intelligent shooting modes, the OM 5 and DJI OM 4 have the same ones, namely Story Mode, DynamicZoom, CloneMe Pano, SpinShot Mode, Slow Motion, 240-Degree Pano and 3×3 Pano. Hyperlapse, Motionlapse and Timelapse are also in the mix. Long story short, there’s no significant difference between the two in this regard, but it’s worth mentioning that the OM 5 can spin further in SpinShot Mode, thanks to its wider mechanical range overall.

Click here to see our comparison between the DJI Osmo Mobile 3 and 2.

The DJI OM 4 has a longer-lasting battery than the DJI OM 5, and it can charge your smartphone to boot.

Where the DJI OM 4 beats the DJI OM 5 is battery life. On a single charge, it’s good for up to 15 hours, more than twice as long as the latter’s 6.4-hour rating. That shouldn’t come as much of a surprise considering it has a bigger body.

Moreover, the OM 4 sports a USB-A port for charging other devices, which the newer OM 5 doesn’t have. Needless to say, this can come in handy when your smartphone is running low on power while your gimbal still has plenty of juice left.

In the OM 5’s defense, it can be fully charged faster in only 1.5 hours rather than 2.5 hours, but that should be obvious since it has a smaller capacity.

The DJI OM 5 is better than the DJI OM 4 in a lot of ways, but whether or not it’s worth upgrading to is a different question.

All in all, the DJI OM 5 is more functional and packs more features, allowing for more creative shots and the like. In particular, it features an extension rod, ActiveTrack 4.0 and ShotGuides, which is perfect for beginners to hone their photography skills. On the other hand, the DJI OM 4 can last longer and even charge other devices, making it more practical in certain situations. Not only that, but it’s also more affordable nowadays and comes with a magnetic ring holder, if that’s important to you.

If we had to choose between the two, we’d go with the OM 5 simply because it can do more than the OM 4. However, it’s not worth the upgrade for veterans who find that ActiveTrack 3.0 is already effective enough, or for those who don’t need ShotGuides or care for the extension rod.

📌 What’s the difference between the DJI OM 4 and DJI OM 5?

The DJI OM 5 builds on the DJI OM 4 with ActiveTrack 4.0, ShotGuides feature and an extension rod. It’s also lighter and smaller, but it has a shorter battery life in comparison.

Yes, the DJI OM 4 and DJI OM 5 use similar magnetic clamps, but the latter’s is a bit thicker and heavier, giving a more durable feel to it.

📌 What’s the difference between the DJI OM 4 and DJI OM 4 SE?

The DJI OM 4 and DJI OM 4 SE are practically the same, except that the latter doesn’t come with a magnetic ring holder.

Yes, you can use the DJI OM 5 without DJI Mimo, but it’ll only stabilize your smartphone. The app is required to use the buttons and sliders on the gimbal. 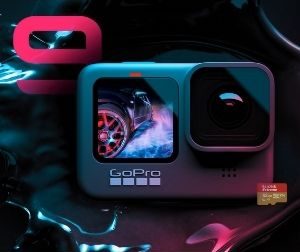