Dell’s Latitude 7000 series houses the brand’s premium business laptops. Its latest models, the Latitude 7300 and 7400, feature many similarities in build design and hardware configurations. Their biggest difference is simply screen size: the 7300 has a 13.3-inch display while the 7400 has a 14-inch display. However, is that all there is to it between these two Dell laptops? We take a deeper look at the Dell Latitude 7300 laptop and the Dell Latitude 7400 below. 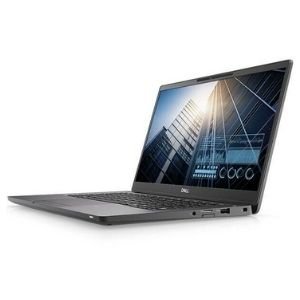 With its smaller display size, the Dell Latitude 7300 is less than an inch shorter than the Latitude 7400 in all dimensions. This makes the 7300 just that much lighter than the 7400, though it’s hard to tell the difference unless you go for a configuration with larger storage and battery size. That’s about the only physical difference between them though, as they’re identical in design everywhere else. However, you can get the Latitude 7400 as a 2-in-1 notebook that can double as a tablet with a touchscreen.

Both Dell Latitude laptops are available in carbon fiber and aluminum builds, with the latter being heavier while also looking more premium. They’re thin and sleek enough to break the typical look of heavy and boxy business laptops, though there are other laptops with even more impressive design aesthetics. They can be customized with a fingerprint sensor integrated into the power button as well as an IR camera at the top bezel for optional facial recognition.

You’ll find the same ports on either side of the Latitude 7300 and 7400: a Thunderbolt 3 with Power Delivery and DisplayPort capabilities, 2 USB 3.1 ports, and an HDMI for external monitors. Other optional inputs are a SIM card tray and a SmartCard reader. You can purchase Dell’s Thunderbolt dock to add more ports such as an Ethernet RJ-45 for wired connections and up to three more HDMI ports supporting 4K displays. 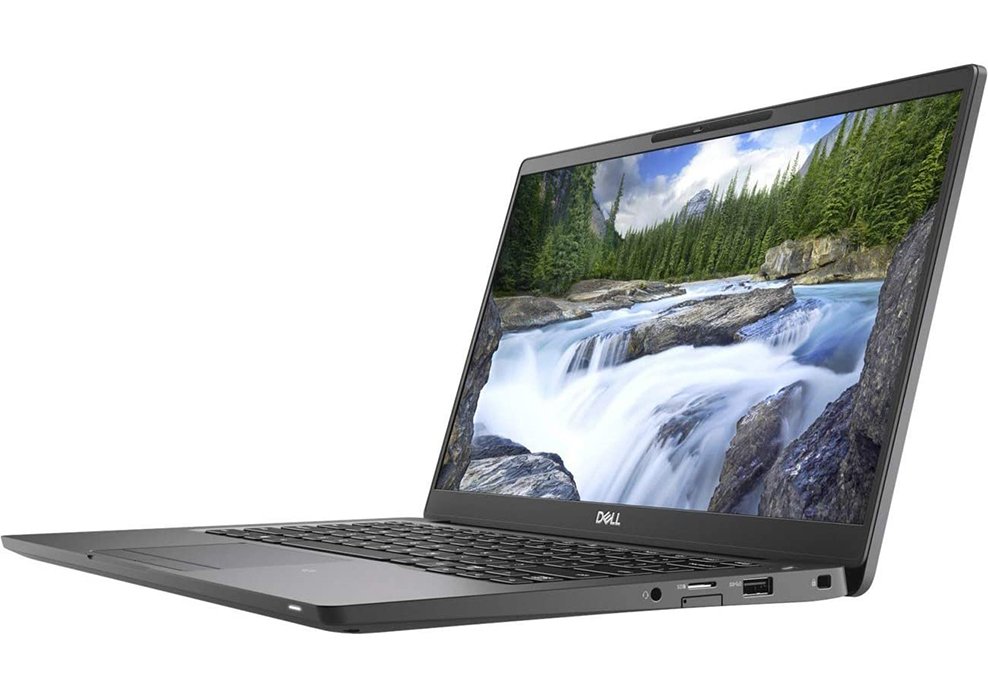 The biggest difference between the Dell Latitude 7300 and 7400 laptops is simply the display size. Dell touts the Latitude 7300 and 7400 to be the smallest 13″ and 14″ premium business-class notebooks, respectively, partly due to how small its bezels are. Other than size, the displays on both laptops are the same. They cover around 98% of the sRGB color gamut, enough for graphic artists and web designers to rely on for accurate colors, though it’s below the 130% average among premium laptops. It has a very nice 2000:1 contrast ratio for videos though.

With Anti-Glare tech and an optional SafeScreen privacy feature, the Latitude 7000 series are suitably bright enough even for office lighting conditions. It has a peak brightness of 311 nits that only dims slightly with SafeScreen switched on. Again, it falls short of the 343 nits average brightness for premium laptops. Most configurations sport a 1920 x 1080 Full HD resolution though the lowest one gets you only 1366 x 768 pixels. You can also get touch-enabled versions though it’s more readily available on the Latitude 7400 which has 2-in-1 versions.

The Dell Latitude 7300 and 7400 have similar performance.

You can get either Dell Latitude laptop in roughly a dozen or so configurations, varying in display features, processor choice, amount of RAM and internal storage, and more. With 8th Generation Intel Core i5 or i7 CPUs and up to 32 GB RAM, you can customize your hardware specs sufficiently for what you’ll be using it for. Selecting the same components for both the Latitude 7300 and 7400 shows that these laptops are also identical in performance.

Using test models with Intel Core i7-8665U, integrated UHD Graphics 620, 16 GB RAM, and 512 SSD, the Latitude 7300 and 7400 models receive similar scores on benchmarks including PCMark 10, Cinebench R15, Handbrake 1.1.1, and 3DMark. As such, the Latitude 7000 series posted exceptional performance on storage access, which is important in document-related tasks such as Microsoft Office, as well as in handling CPU-intensive tasks such as rendering and editing. As an ultraportable it won’t be sufficient for truly heavy computing like 3D graphics rendering, though it’s certainly one of the more capable business laptops you can get.

The exact same backlit chiclet keyboard can be found on both Latitude 7300 and 7400. Its flat keys give a slight actuation bump when pressed, so they’re pleasant to type on despite the short key travel. Key spacing is sized for average-sized hands, so expect some getting used to if your hands are bigger than most. The touchpad offers precise cursor control and its two buttons have the same feel as the keyboard buttons. They require a solid tap so as to minimize accidental clicking when you’re typing.

The Dell Latitude 7300 and 7400 have similar battery life and heat output.

Dell uses the same battery packs for the Latitude 7000 laptop series. Its cheapest configuration contains a 3-cell 42 Wh battery while the rest have 4-cell 60 Wh packs. With the latter, the Latitude 7300 and 7400 laptops are among the longest-lasting premium portables in the market. This makes them very attractive if you require a business laptop for a highly mobile job.

Both Dell laptops can get pretty warm when in use. Its underside can reach up to 102°F while playing a full HD video while its keyboard’s midspot reaches 96°F. The touchpad is a bit cooler at 89°F. Its powerful CPU can reach very high temperatures when under full load, and its ventilation is only found at the bottom. The base does lift a bit when you open the display wider than 90 degrees, helping funnel heat away from the machine.

The Dell Latitude 7300 and 7400 are both premium workhorses for busy professionals.

Check Price on Walmart Check Price on Amazon
We are reader supported. When you buy through our links we may earn an affiliate commission.
Deal Finder

Since the only relevant difference between the Dell Latitude 7300 and 7400 is their displays, both are equally recommended as business laptops with formidable stamina. The differences between their price points for similar configurations are negligible, too. As such, we’d simply advise picking up the Dell Latitude 7300 if you want a slightly more portable machine. Its 13.3-inch display isn’t that much smaller than a 14-inch screen, and the keyboard sizing remains the same.

Those who wish the extra bit of screen real estate will want the Dell Latitude 7400. It’s also the pick if you want to try a 2-in-1 convertible laptop, though this is of course pricier. Whichever you choose, you’ll be getting a premium laptop with above-average performance, comfortable typing, and bright, high-contrast display.

📌 Is the Dell Latitude a good laptop?

For office use, Dell Latitude laptops are among the best choices available as they combine impressive performance, portable design, excellent battery life and numerous memory, storage, and connectivity options.

📌 What is the difference between Dell Inspiron and Latitude laptops?

The Dell Inspiron series are intended for home and light office use while the Latitude series are meant for business and professional use. As such, Latitude laptops generally have more power, memory, battery, and features than Inspiron models.

📌 How long do Dell laptops last?

The average lifespan of laptops is typically three to five years. However, laptops from Dell and other brands can last up to ten years or more with proper maintenance and by replacing or repairing parts that give out, such as the battery.

RELATED  Ultrawide Monitor vs Dual Monitor (2021): Which Setup Is Better?