The Corsair Virtuoso RGB Wireless SE and Virtuoso RGB Wireless are two wireless gaming headsets that can get the job done in more ways than one. For starters, they can deliver decent audio whether you’re playing a game or listening to music. They also have high-quality microphones so your voice will come through with clarity.

Across the board, they’re similar. According to Corsair, the differences are in the microphone, RGB lighting, and ear cup plate design. The most obvious one is that only the Virtuoso RGB Wireless SE comes with a storage pouch. We made this comparison to clear up the more subtle distinctions between the two. That way, you can decide which one will suit you better. 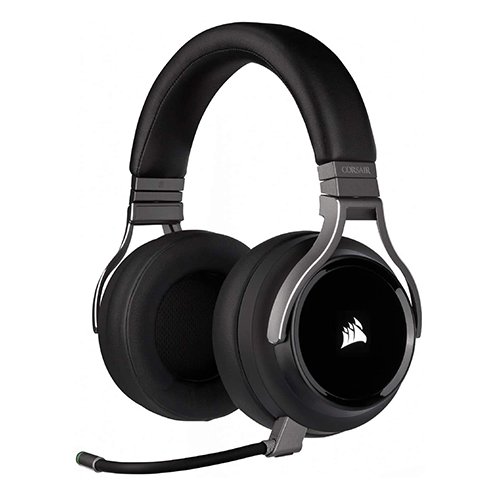 From the look of things, Corsair eschewed the stereotypical gamer look and opted for a sleeker and polished one. In other words, the Virtuoso RGB Wireless SE and Virtuoso RGB Wireless are more stylish than most among their brood. The detachable microphone is also a nice touch. You can wear the headsets outside without getting some odd looks because of that. One inherent downside to detachable microphones is you run the risk of losing it, which is just something to keep in mind.

When it comes to comfort, both headsets can provide a snug and secure fit. That’s thanks to its memory foam cushions and soft-padded headbands. Neither one gets too hot or has too much clamping force as well. At that, it’ll take a long time before you feel any discomfort.

Both headsets are better suited for gaming than listening to music.

The two headsets have 50 mm neodymium drivers, a frequency response range of 20 Hz to 40 kHz, and 7.1 surround sound. That means they can pick up faint details fairly well, produce clear highs, and provide accurate positional audio. This combination can give you a competitive advantage in gaming. After all, you can hear just about anything you need on them, including your opponents’ footsteps and the like.

Overall sound quality leans toward treble and vocals. You might find they need a little more oomph in the bass department. This isn’t necessarily a bad thing. In a lot of instances, games have treble-heavy soundtracks and plenty of dialogue, especially in RPG titles. 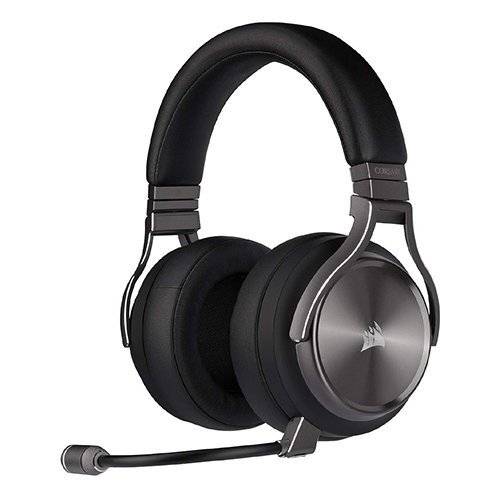 The headsets aren’t packed with features, but they can get the job done and then some.

The two are also compatible with Corsair’s iCUE software. You can customize equalizer settings, sidetone, and 7.1 surround sound, among other things. Beyond the audio options, you can tweak things like RGB lighting too.

It goes without saying that battery life is important for wireless headsets. The Corsair Virtuoso RGB Wireless SE and Virtuoso RGB Wireless can go up to 20 hours on a single charge. That’s pretty standard. You can also keep on using them even if they don’t have any juice left in USB mode.

While both headsets do offer flexibility when it comes to connections, they don’t have Bluetooth support. They’re RF headsets, meaning they use transmitter dongles. The plug is USB Type-A at that, so you can’t use it on your smartphone or tablet. For mobile devices, you’ll have to use their 3.5 mm audio jack. They do come with a USB Type-C cable too, which is also used to charge them. The takeaway here is they’re really made for the PC and PlayStation 4.

It’s not easy to choose between the two because of how similar they are. However, our recommendation will have to be the Corsair Virtuoso RGB Wireless, aka the “non-special” one. Sure, the Virtuoso RGB Wireless SE comes with a storage pouch, fancy micro-perforated RGB lighting, and a bigger 9.5 mm microphone. Still, they don’t really justify the price difference. Not to mention that these headsets aren’t exactly affordable to begin with.