Canon’s first entry to the mirrorless camera market was met with a mostly positive reception. The Canon EOS R is a capable mirrorless alternative that caters to the brand’s loyal fans, though it had a few rough edges that kept it from outshining rivals. Now Canon is looking to take what it’s learned to bring a better second effort to bear. How well is the upcoming Canon EOS R5 shaping up? We’ve compiled all rumored specs so far to see how they compare. 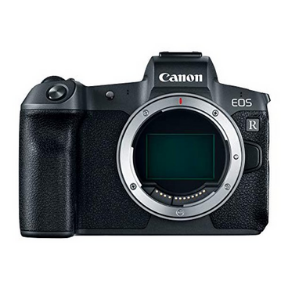 The Canon EOS R5 will be modeled after the EOS R.

We’ve yet to see what the Canon EOS R5 actually looks like, though we can expect it to look largely like the EOS R. Its magnesium alloy shell radiates premium sensibilities, and there’s an instantly recognizable impression of quality from its build. Unlike most other mirrorless cameras, the , and likely the EOS R5 too, isn’t a lightweight accessory. You get the same bulk and solidness as other Canon DSLRs, which is nice if you’ve bought into the Canon family.

With a contoured, textured grip, you’ll find the easy to handle despite its weight. Dials for various settings are placed conveniently within easy reach of your thumb and forefinger. Much of the interface and button layout will feel familiar to Canon users. One notable difference in controls is that Touch Bar introduced in the EOS R might be removed from the EOS R5.

The new capacitive touch slider met mixed reviews, with some finding it indispensable in customizing their shooting experiences. Many more report that it’s a bit harder to fine-tune compared to traditional joysticks and will be happy to find that a scroll wheel is likely to replace it. 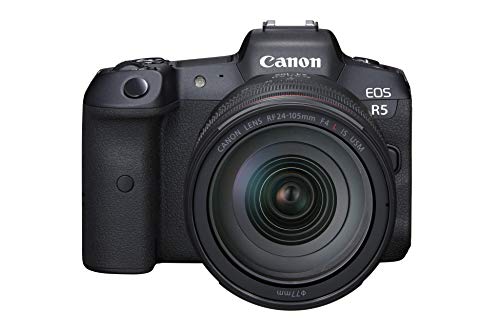 The Canon EOS R5 will have a higher megapixel sensor than the EOS R, as well as image stabilization.

Headlining the list of rumored specs of the Canon EOS R5 is its purported 40 megapixel full-frame CMOS sensor. That’s a sizable jump from the EOS R’s 30.3MP sensor and enables more exciting capabilities as you’ll see below. Almost as welcome is the news that Canon will be adding in-body image stabilization (IBIS) to the EOS R5. The brand left it out of the EOS R but it seems they’ve found surer footing and are confident in integrating the technology into their mirrorless line.

Whether the EOS R5 retains the frankly ridiculous 5,655 autofocus points of the EOS R remains to be seen. With its higher MP sensor and added IBIS, the Canon EOS R5 looks to be intended as a straightforward upgrade, so we can expect the Dual Pixel CMOS AF system to be included. A Live View and Movie mode toggle is speculated to be added, which will make switching between focusing modes easier.

Another area where Canon is bumping up the EOS R5 is the addition of another card slot. The EOS Canon R supports UHS-II SD cards though it only has a single slot; with two you’ll find the upcoming EOS R5 to offer a bit more convenience and longer staying power.

Canon is working on a new battery for the EOS R5 and R6, which will be compatible with that of the EOS 5D Mark IV. Hopefully it can surpass the rated 370 shots of the , which is unimpressive compared to the 650-shot rating of the Sony A7 III.

The Canon EOS R5 can shoot faster and record higher resolution videos than the EOS R.

You can capture up to 4K resolution at 30 frames per second on the , or lower its quality a bit to 1080p to get 60 fps. Furthermore, the EOS R crops the view when you switch into 4K video mode, cutting off the wide-angle scene even with the standard 24-105 mm lens.

In contrast, the EOS R5 is rumored to offer 8K video quality at 30 fps and 4K at 120 fps. If true, these capabilities will put Canon’s new mirrorless camera at a new level, becoming the first to offer 8K resolution video recording. More importantly, capturing scenes will turn out smoother and less shaky with built-in IBIS in the EOS R5.

Canon is also speeding up its second-gen mirrorless offerings, enabling it to shoot at 12 fps with its mechanical shutter and 20 fps with its electronic one. These will push it further ahead of current top bodies from Sony and Nikon.

No news yet on the EVF (electronic viewfinder) of the Canon EOS R5, but if it has any improvements over the already stellar one on the EOS R, it’s going to be fantastic. The EOS R has one of the best EVF panels today, looking sharp and clear even in low light. There’s no noticeable pixelation and it brightens up your view when shooting at night.

The Canon EOS R5 looks to be a clear upgrade over the EOS R.

It’s really too early yet, but if much of these rumored specs and features about the Canon EOS R5 is confirmed, then we’re looking at a straightforward upgrade in our hands. As an initial offering in a brand new market, the Canon EOS R is a well-made full-frame mirrorless camera, with excellent handling, outstanding viewfinder and a much improved autofocus system (especially with the recent firmware update). Canon is learning from experience though, and they seem to be implementing those lessons into the Canon EOS R5, along with even more exciting features.