Bose reigned atop the active noise cancellation market with the original Bose QuietComfort 35, which was simply the best ANC headphones after its release. With the updated Bose QC35 II and, later on, the Bose Noise Cancelling Headphones 700, the company continues its dominance. If you’re deciding which of these newer ANC headphones to get, read on for our detailed comparison. 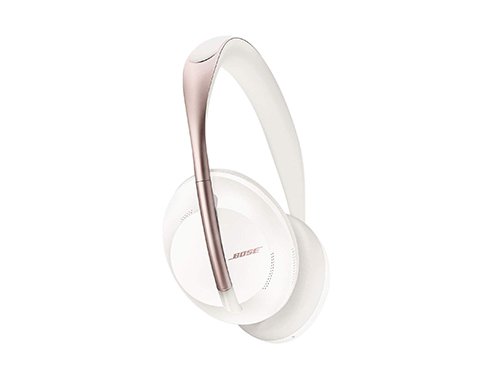 The Bose 700 looks more stylish than the Bose QC35 II.

You’ll immediately notice the sizable leap in design between the newer Bose 700 Headphones and the QC35 II. Gone are the wide headband and bulky earcups on the Bose 700, which now sports a streamlined stainless steel build with a soft foam underside for comfort. Every line looks sleek and rounded gently, and there are far fewer ridges, breaks and any visible screws. It’s safe to say that it’s really the more modern of the two.

Yet despite the obvious difference in build, the Bose QC35 II isn’t any heavier or less comfortable on your head. The glass-filled nylon and stainless steel of the QuietComfort series are built for durability as well as aesthetics, and its ear cushions and headband padding feel soft and welcoming. Overall it will fit right into most corporate settings with great flair.

One notable upside of the Bose QC35 II is that it still has a foldable design, making it easier to stow away and bring along. Its carrying case is just a bit more compact than the Bose 700’s, which might be something to consider if you travel often.

The Bose 700 adds touch controls while the Bose QC35 II only has physical buttons.

Bose introduced a new app specifically for the Bose 700: Bose Music. It improves on the interface of the Bose Connect app for the QuietComfort series while adding a few new features. Aside from the typical volume and playback controls, you can change power saver settings, adjust your mic’s volume during calls, and further customize ANC levels. Once you’ve installed their respective apps and paired the device, you’ll be able to use these features seamlessly.

Here’s where Bose added more modern touches to the newer 700 Headphones: by integrating touch controls into its right earcup. You’ll be able to slide your finger along the panel to control volume and playback, as well as tap to answer and hold calls. Its physical buttons provide a nice tactile feedback, and are for switching ANC modes and activating voice assistants.

Both Bose headphones have built-in support for Amazon Alexa and Google Assistant. It’s a tad easier to setup and use on the Bose 700 though simply because it has a dedicated button for it as well as wake-word functionality. You can speak to Alexa as if it’s a smart speaker this way. Meanwhile, you’ll have to manually set the Action button on the Bose QC35 II to be its voice assistant button. Otherwise, it controls ANC levels by default.

The Bose 700 provides better control over its active noise cancellation levels than the Bose QC35 II.

The active noise cancellation capabilities of the Bose QuietComfort 35 II is among the best available in the market. Unsurprisingly, the Bose Headphones 700 matches its highest setting easily, allowing you to tune out all but the loudest noises with either pair. As such, the greater difference between the two lies in the varying degrees of noise cancellation applied between the 11 ANC modes of the Bose 700 and the 3 ANC modes of the QC35 II. 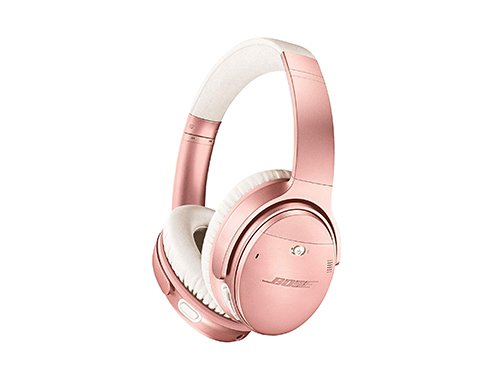 Immerse yourself in music or make phone calls without distractions. The QuietComfort 35 II from Bose delivers impressive noise-cancellation, voice assistant options, and more.

Compared to the Off, Low and High modes of the QuietComfort35 II, the Bose 700 mixes levels of ambient noise with ANC throughout levels 1-10. For example, levels 1-5 allow more outside noise while 6-9 limit these to increasingly louder sounds. More interestingly, level 0 on the Bose 700 isn’t an off setting but is a pass-through mode which lets you fully hear your surroundings as if you weren’t wearing headphones at all. With its improved mic array there’s no discernible delay, while turning the QC35 II’s ANC off will muffle sounds while you’re wearing it.

In addition, the additional microphones on the Bose 700 Headphones further improve your vocal quality during calls. They filter out background noise so you come out clear to whomever you’re talking.

Both Bose headphones have the brand’s signature sound.

You’ll discover well-balanced and detailed notes on both the Bose 700 Headphones and the QC35 II. There’s a lot of bass on them even at low volumes, and highs sound crisp. At high ANC levels you can easily distinguish musical instruments in a song. They’re excellent pairs of headphones if you mostly listen to popular music which will sound bright and rich on any volume.

Still, purists might not love the active EQ and boosted bass Bose applies to its headphones. Both models infuse more DSP or digital signal processing at louder volumes to reduce distortion. For the most part, it works great on numerous music genres and it’s hard to notice at low volumes. However, the lower ends get toned down noticeably once you crank the dial up on music without sufficient bass content.

As to audio quality during phone calls, the Bose 700 Headphones have a tiny edge over the QC35 II as its mic system effectively blocks out ambient sounds while boosting your own voice. You’ll hear and be heard quite clearly, even out in a busy street. In comparison, there’s a tendency for wind to interfere with the voice quality delivered by the QC35 II so listeners may receive muffled sounds on occasion.

The Bose Noise Cancelling Headphones 700 is simply superior to the Bose QuietComfort 35 II.

Check Price at Walmart Check Price at Amazon
We are reader supported. When you buy through our links we may earn an affiliate commission.
Deal Finder

Immerse yourself in music or make phone calls without distractions. The QuietComfort 35 II from Bose delivers impressive noise-cancellation, voice assistant options, and more.

Bose really outdid themselves when they released the Bose 700 Headphones, as it’s clearly an improvement over its already successful predecessor. There are few other headphones that offer comparable ANC levels as the Bose 700, and the granular control this pair allows make them truly stand out. And to top it all off, it looks as premium as it performs, with an elegant modern design and intuitive touch controls. All of its upgrades are very much worth the extra that it costs over the QC35 II.

Still, if you already have the Bose QuietComfort 35 II, you won’t miss out on too much by skipping the Bose 700. Those who aren’t too particular about ANC features will also find the QC35 II to be top-class in that respect, and many will prefer the familiar feel of relying only on physical buttons. Finally, it delivers similar sound quality as the more expensive pair, which makes it even more attractive if you can get it on sale.

From their sleek, modern design to their noise-canceling levels, yes, the Bose 700 Noise-Canceling Headphones are better than the QC35 II.

📌 Are the Bose Noise-Canceling Headphones 700 worth it?

The Bose 700 headphones deliver impressive noise-cancellation and an immersive music listening experience that make them worth their price. Having said that, make sure to check out our comparison of the Bose NC 700 and the Sony WH-1000XM3 before making your call.

If you currently own a pair of the Bose QuietComfort 35 II (QC35) and they’re still working well, it’s better if you wait up for future releases of Bose noise-canceling headphones. However, if you’re on the hunt for a new one, the Bose NC 700 will be the better choice.

📌What comes with Bose QC35 II?

When you purchase a pair of Bose QC35 II, you’ll get a carrying case, USB charging cable, and audio cable for wired connection.

RELATED  AirPods Max Vs Bose QC35 (2021): Which Is The Better Pair Of Over-Ear Headphones?