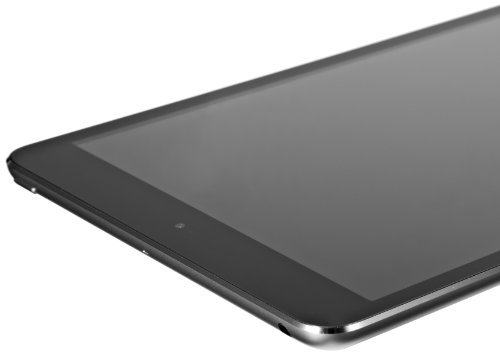 mini 2 (A1490) is a high-end iOS tablet launched back in the year 2013, provisioned with a high-tech 1.3 GHz Dual-Core 64-bits processor, a 7.9-inches multi touch display, and 2 cameras, a 5 MP back facing camera and a 1.2 megapixels front-facing camera. We will get a better idea about this device’s features when we get into deeper details.

Apple offers the mini 2 in 3 different color options: black, gray and white. This device just has 7.87″ long, but it manages to hold a 7.9 inches screen. The iPad mini 2 is incredibly thin and comfortable, with a thickness of just 0.3 inches. The iPad mini 2 isn’t very light for a tablet this size, with a weight of 12.03 oz. Regarding its materials, this tablet is mostly manufactured with Aluminium, giving this tablet a top level look and high resistance.

This device is equipped with an amazing 1536 x 2048 7.9 inches display, which makes it impossible to even see the pixels composing the display. Its display uses IPS LCD capacitive technology, and can detect multi touch gestures.

Apple decided to design the iPad mini 2 using a high performance 1.3 gigahertz Dual-Core processing unit, packed into an Apple A7 chip and only 1 GB of RAM memory which is a bit low considering the iPad mini 2’s great processor. Graphic calculations often uses lots of processing power, so the mini 2 also uses a PowerVR G6430 GPU working at 600 megahertz to help the processor with those tasks. A good point of this tablet is its inmense 128 GB internal memory and although it doesn’t include an SD memory slot, it it is more than enough to install lots of apps, games, songs, photos and videos without having to worry about running out of space at all.

The iPad mini 2 provides WiFi capability (which can be shared with other devices around, acting as a router), LTE (4G) high speed internet connection or the fastest 3G connectivity, over HSPA, UMTS, EV-DO A, EV-DO B and EDGE technologies. This tablet works with a Nano SIM card for GSM connection and it works with both CDMA and GSM carriers.

The iPad mini 2 is equipped with two cameras, a 5 MP back facing camera and a 1.2 MP front camera. It is also able to shoot videos in 1920×1080 (Full HD) at 30 frames per second. The camera also has a high number of cool features: auto-focus, face detection shooting, digital image stabilization, HDR mode, geo tagging and time lapse video.

This tablet packs a large 6471 mAh Li-Polymer non-removable battery, enough to provide this tablet with an impressive battery life. An issue to take into consideration is that the iPad mini 2’s battery is non-removable so you can’t throw it away and buy a new one when it begins to have trouble holding its charge, while with so much capacity you will probably discard this tablet before that happens.

This tablet also features some interesting features like Bluetooth (4.0), GPS Navigation and Near Field Communication (NFC), and multiple sensors like Light Sensor, Accelerometer, Gyroscope and Compass.

No matter whether you will use this tablet for work, are an amateur photographer, want a social device or need a tablet for playing games, you will probably be very satisfied with it. Apple sells this tablet with USB Power Adapter and Lightning to USB Cable.