You’ve decided to take a step into the future and start purchasing products that’ll make your home a smart home. That, or you’re looking for a fair comparison of two big names to know which one you’ll be buying your next purchase from. You’re most likely looking at products like Wi-Fi routers, smart speakers, smart screens, or security cameras. Another probable concern is how compatible certain smart hubs are with the products you already own. After all, you wouldn’t want them to be unusable just because you picked a mismatched smart home hub.

Regardless of your reasons, you’ve come to the right place. Amazon Echo and Google Nest (formerly Google Home) are two of the most popular smart hub options on the market right now. Both Amazon and Google offer a slew of options for home gadgets that make your life a bit easier, but how do the two suites stack up against each other?

Google has a system of more impressive size with Nest, but Amazon Echo plays nicer with more third-party products.

The first thing that you’ll most likely do when you get your new smart home hub is use it as a sort of command center for everything else in your home. You can turn your TV on, control the lights, and check any installed security cameras just by using your voice. It’ll only work, though, if the devices that you have are compatible with either Google Nest or Amazon Echo. That’s why a wide range of compatibility is going to be important when you make your choice. In Google’s case, compatibility won’t be a big problem since they make a wider array of products themselves. Not only do they have smart speakers and smart display hubs, they also produce security cameras, thermostats, doorbells, smoke alarms, etc. Since they’re all made by the same company, you won’t have a problem getting them to work as one system.

To Amazon’s credit, the Echo products that they sell are super compatible with most things you can find in a smart home. In fact, they say that more than 85,000 different products made by more than 7,000 different third-party manufacturers work with their digital assistant Alexa. Among those products are Google’s own Nest Learning Thermostat and Nest Security Camera. Google Nest, on the other hand, is compatible with around 30,000 products from over three thousand different manufacturers. That’s still an impressive number, but Echo still wins the numbers game.

Comparing the two company’s high-end speakers, the Amazon Echo Studio and the Google Home Max, you can see more or less similar results. Google’s speakers use Smart Sound, a feature that automatically equalizes whatever’s playing to match the acoustics of the room the speaker is in. The Echo Studio, on the other hand, has five directional speakers that provide a rich, booming sound with a great balance of clarity and depth. Their more compact smart speakers, the Nest Mini and the Echo Dot, are also similar. Both are in the same close price range, and both have a 1.6-inch speaker. Both are designed to be used in conjunction with more units of the same products placed in different rooms.

Google and Amazon both have smart screens in 10 and 8 inches, though Amazon also has a smaller offering, the 5.5 inch Echo Show 5. The 10-inch models, the Echo Show, and the Nest Hub Max, are both capable of receiving voice commands. Both also have a camera, which can be useful when using these to video call. A slight difference comes in when comparing the smaller, 8-inch Echo Show 8 and its competitor, the Nest Hub. Unlike the (or even the Show 5), the Nest Hub doesn’t have a built-in camera even if they’re in the same close price range. However, the Nest Hub stands out when it’s used as an idle digital photo frame since it has support for Google Photos’ Live Albums feature. To its merit, though, Amazon Echo’s screens can display your Amazon-hosted photos.

A brief comparison of the answering power the two assistants have.

Since smart home hubs are activated via voice, you’ll be interacting a lot with your virtual assistant of choice. For obvious reasons, Echo has Alexa and Nest has Google Assistant. They mostly have the same kind of capabilities: scheduling your day, getting you to wake up, and coordinating the different smart appliances you have, among other uses. Their difference lies in how effective they are. One common function they have to fulfill is answering questions. Alexa does a stellar job. Amazon has built Alexa to be able to predict follow-up questions, break down your questions into manageable chunks, and overall just be a good verbal search engine.

However, Google does have more experience in the “search engine” department, and it shows. While Alexa is great, Google Assistant still answers questions better. That’s probably because Google is Google, and their products all have access to their mind-bogglingly large reservoir of search data. Overall, Google Assistant can answer your more specific questions in a more useful manner than Alexa.

While not particularly hailed for their commitment to privacy, both companies still strive to be better.

Privacy is top of mind for everyone looking to build a smart home. After all, if you don’t trust a company with your phone or computer, why would you let them place cameras and mics in your home? Neither company has particularly exemplary track records when it comes to privacy; in fact, along with Apple’s Siri, they were both implicated in an issue about the sale of voice recordings to third-party companies to measure accuracy. After going through that issue, though, both companies have done their best to make amends.

Now, both companies have privacy policies that are super specific about what they listen to in your home and what other kinds of data they collect through the devices you buy and install. They also include options to opt out of certain functions and manage and delete your voice data. Your digital assistant of choice can also be programmed to delete your voice queries after a certain period of time.

It all comes down to which products you already own, and whose suite of smart home gadgets you prefer. 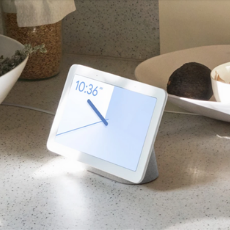 Boasts compatibility with a larger number of products from different manufacturers 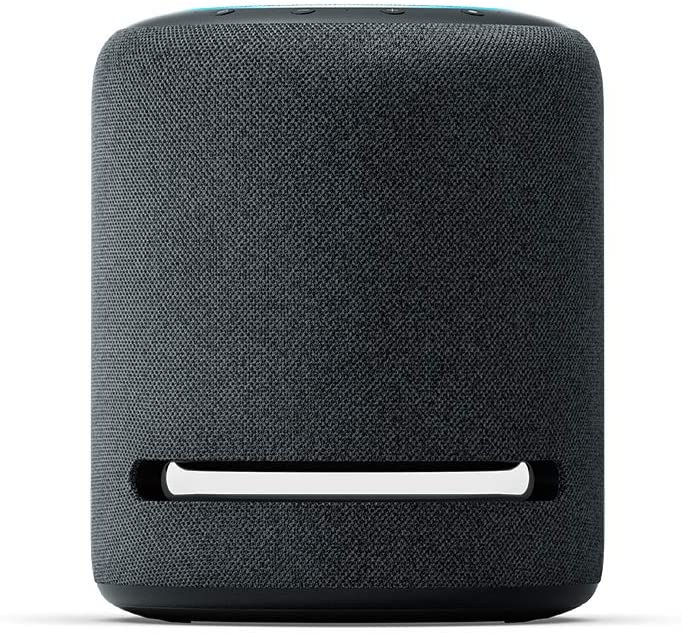 At the end of the day, your choice comes down to what digital ecosystem you want your home to be integrated into. Google Nest is a great choice if you can see yourself being more comfortable with Google Assistant at home. This smart home hub is for people who are either already in the Google system or are looking to buy a Pixel phone and a ChromeOS-based laptop. The former, though, counts for a lot of us, since Google’s Gmail and YouTube count billions and billions of users.

On the other hand, if you want easy access to Amazon after only a word or two, then go for the Amazon Echo line of smart home products. Alexa is an outstanding virtual assistant servicing millions of families, so you can’t really go wrong with the Echo. It’s an especially good choice if you’re looking for a smart screen on a budget since even their smallest offering (the Echo 5) has a built-in camera included.

RELATED  Echo Buds Review (2021): Should You Buy The 2nd Gen Or Stick To The Old Version?

From the latest smart home hubs to the most reliable WiFi routers, here at Compare Before Buying we obsess with everything that makes your home smarter.